IFPA SCS State Finals: Where are you playing on 2/11?

Continuing the discussion from IFPA SCS State Finals: Where are you playing on 2/13?:

Who’s on the fence about where to play on SCS Championship day, 2/11? Or playing in another state and have a fun story about it? Or playing in your own state? Let’s discuss!

I just sent out Vermont’s invitation emails, or at least the first round of them. I’m still working on tracking down contact info for a handful of players, and we’ll see if I need to work my way further down the list to fill the field.

Vermont missed the boat on the first SCS year, but I’m looking forward to our third State Championship. 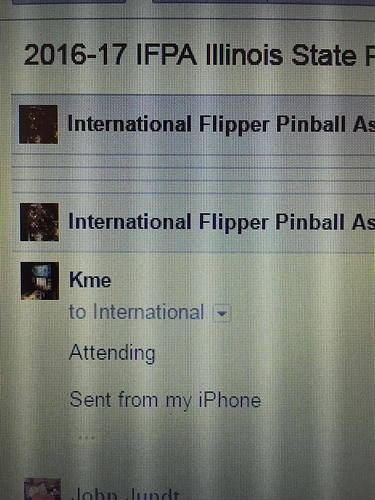 Who was talking about that rule about forcing players to play in their ‘home state’?

First I’ve seen a player going out of their way to take the path of most resistance. Boss move. 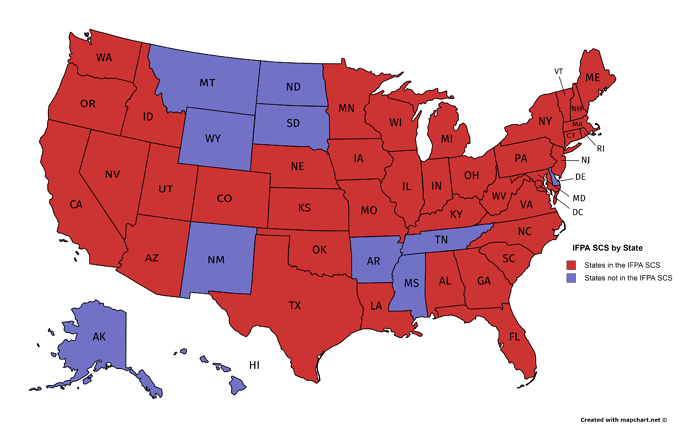 New venue this year in Colorado, which means I lose the great homefield advantage I had at Lyons Classic Pinball. If I win my first match, I should be playing DNO…wish me luck.

Also, when do the 2017 state rankings start displaying? I’m 2-0 this year and need to take a screenshot of this one brief moment where I’m hanging onto the #1 seed.

North Dakota is actually in, however no players have become rated yet, so it’s a giant tie at 0.00

Assumes only ND players played in ND events. And that there were ND events.

Same here. With all the Zbar tournaments this year, it will hopefully be mostly Kentuckians (or at least part-time Kentuckian in my case) this year.

Yeah I’m excited to have more KY residents this year. Hoping for a decent location to open in NKY to help match what Louisville is doing and improve it even more for next year.

I assume KME is heading there just because he enjoys playing Zach and wants to check out Josh’s collection in the process. Hope he has a good winter jacket, though.

I just can’t wait to see what Exploitative Keith has up his sleeve on Cyclopes, Sharpshooter and Barracora.

Could be that it’s because the CA tournament is placed very very far from any pinball center of activity in Folsom. I was very happy to qualify in California am I’m very disappointed that I’ll likely not be able to attend because the tournament requires an exceptional amount of travel for all participants (except for one).

I just assumed it was because around that time, KME would be in IL and rather than miss out on the championship set, he’s playing where he will be at. I can’t see the reason/benefit to flying to IL to butt heads with the strong crop of IL locals otherwise.

/I just wish I was pals with Josh so I could witness it.

Ahhh, the peril of SCS in a large state. TX is doing a good job of rotating the finals between Austin, Dallas, and Houston each year, but it means that 2/3 of the players (presumably from those three metro areas) have to travel between 3-4 hours one way to get to the SCS finals. Happily, most players are willing to make the trip.

San Fran to Folsom is what… 2 hours? That’s not THAT bad, but I completely understand that everyone has their own travel/schedule/financial/etc limitations. I feel really bad for the SF-area vs LA-area geographical issue, making SCS a likely 6-hour one-way drive (or flight) to participate if it’s not in your area.

That’s why some in SoCal go to NV instead - - the drive to Vegas is 2 hours shorter than to NorCal.

It is supposed to be in my area this year! I didn’t attend last year because it was in LA and I couldn’t justify the travel time.

I thought there was an agreement of a split between LA and SF Bay Area, but for some reason the tournament is in the Central Valley this year. It’s a 2 hour drive from SF if there happens to be no traffic (lol), more likely to be 2.5-3 hours each way. My total travel time is comparable to flying to LA.

I just don’t understand the decision to force 15 out of 16 participants into this kind of travel arrangement.

I just don’t understand the decision to force 15 out of 16 participants into this kind of travel arrangement.

Ouch. Yeah, that doesn’t seem great. Although I’m guessing that the location was chosen prior to knowing who would be in the Top 16, and the location was chosen some time ago? Unless there haven’t typically been a fair # of players from that area that have been in contention, in which case it speaks to your point: why was that location chosen?