Hey tiltforums, you got called out.

It was funny to hear @raydaypinball call us all out (via final round pinball) on low volume of content.

It is true. I need ruling to dispute, subtle rules nuances in tournaments, or machine setup to complain about. I miss competitive pinball.

Well let’s not forget it’s not just competetive playing that’s down, ALL playing is down what with a bunch of locations still being closed or minimal operation.

Personally, I’m fine with not having all the inane banter you see other places, but I will fully admit to being biased WRT to benefit and/or veracity of said banter.

EDIT TO ADD: I mean I could’ve contributed more to the conversation the other day after watching that clip of Raymond flawlessly pulling off the 3x super like a boss by basically making a post like this, I guess. But I just hit the heart instead.

I’ve been curious to see the monthly traffic numbers for the IFPA site. @pinwizj @Shep

I’ve been curious to see the monthly traffic numbers for the IFPA site. 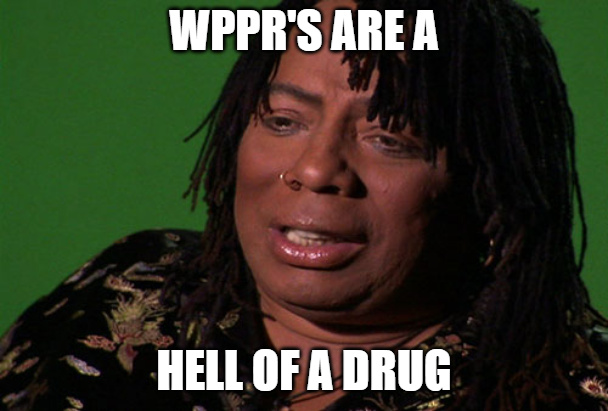 Wow that’s way more than I could have imagined

I expected a bigger drop! 50% traffic is pretty high when there isn’t much new content outside of Challenge matches and… decay.

If ray wants more content, he can ship a NIB game to everyone so they have something to play and then talk about right now. For everyone whose places-to-play are shut down, like the one in Rochester, or Marvin’s or choose-yours-among-thousands, there’s not much point in discussing what’s not happening at length. I’ve seen that numerous bowling alleys, often home to arcades, pinball leagues and tournaments, are starting to shut down for good. That’s on top of the bars and restaurants people play in that have died lately. When pinball does reopen, the competitive playing field will be very unlevel due to the high variance in people’s ability to practice both during and after the shutdown. Access to games has never been equal, but it’s now probably the most unequal ever and will remain bad as things reopen since many places won’t reopen.

Sounds like I’m the one who got called out!
Was just an observation ha, not a demand for more pinball posts… it truly is sad seeing the arcades that are closing

Sounds like I’m the one who got called out!
Was just an observation ha, not a demand for more pinball posts… it truly is sad seeing the arcades that are closing

Sorry if my provocative click bait headline and poor representation of your words filtered through a podcast are getting you heat. Not my intention, just thought it was an interesting observation.

No worries, all’s cool people-wise. But we just got the latest update from Gov. KnewSome (ButNotEnough). Arcades here won’t reopen until at least November, and that would take some really fast decline in virus cases. His new scheme out today has 4 tiers, and you can only improve to the next tier after a minimum of 3 weeks in your current one, plus having both case numbers and positivity rates drop below specific levels. Arcades are shut down until tier 4; we’re now in tier 1. Some of the places I go already went out of business, others are hanging on but in various levels of pain. Poor Jim’s an operator, but with no place to operate games at present nor for a while to come. We haven’t given up on Indisc yet, but each week the case counts stay high, the odds get worse.

Not sure why Expo isn’t cancelled yet. Illinois phase rules show no gatherings of that type before phase 5 when a vaccine and or highly effective treatment is widely available or there are no new cases for “a prolonged period.” The IL site doesn’t show the status of “family entertainment facilities” like arcades, just movies and such, but the wording suggests some may be open with restrictions and capacity limits. Anything open there yet? If so, how tight is it?

So how about that new Stern teaser?!?!

Suspect it’s a game of chicken with the hotel and the organisers.

I expected a bigger drop! 50% traffic is pretty high when there isn’t much new content outside of Challenge matches and… decay.

yeah i don’t think i have been on there myself in weeks, if not month!

This is roughly equivalent to football or baseball chat in the “off season.” Talk doesn’t vanish since people still like to do it, it just drops in volume and the content changes focus.

I was getting bored with the basketball and “if your quarterback was a sandwich, what kind of sandwich would he be?” type conversation in one of my football trash talking groups this off-season, so I threw in a pinball post. The reactions were decidedly mixed.