Why is there so little fanmade material for pinball?

By this, I don’t mean material that draws on the games themselves and are meant for or the result of analysis. I know there are plenty of podcasts, gameplay videos, books, wikis, journalism, and events (the presence of which is one of the signs of a healthy fanbase).

However, having come into pinball as a fan of anime, western animation, video games, and speculative fiction in general, I am rather surprised at the sheer LACK of fanfiction, fanart, fan-animations, fancomics, fanmerch (such as badges, pins–as in the kinds you stick onto shirts, keychains, charms, felt plushes, etc.) and so forth. The only facet that seems to be reasonably common in pinball (relative to the size of its fanbase) are fangames. Why is that?

Is it because the pinball fanbase skews older? Is it because it comes from a time when major content producers strictly enforced copyright and sent the banhammer down on anyone who even so much as wrote fanfiction? Does pinball just happen to come from a subculture where derivative work just isn’t taken seriously? Do pinball fans, for the most part, rarely encounter it and so there’s little thought to it in general? Is it that the people who WOULD otherwise create fan material are working in professional fields related to their talents and would rather stick to professional work? Does the nature of pinball not lend itself easily to fanmade material? Or is there actually a lot out there and I just missed almost all of it?

I got to wondering about this when I visited Los Angeles Comic-Con last week, and I realized that though I visit many conventions over a year, pinball is the only type of convention I visit that doesn’t have an Artist’s Alley full of talented artists, of all ages, showing off their artwork for the franchises they love (and that the attendees love). On top of that, Game Legend is underway, a convention for retro video games that has about 200 booths, all of them there to sell their fan-created content (some of whom are professionals themselves). So I also decided to search “America’s Most Haunted” on DeviantArt and got no results whatsoever related to the pinball machine’s characters. (Amusingly, the sixth result is fanfiction–but for Axis Powers Hetalia, a webcomic about personifications of countries during World War II).

Where are all of the fanartists, fanfiction writers, and other assorted groups of such people?

You’re right that we probably don’t have as much material as other hobbies, plus what is out there is often shared on Facebook groups and not collected in a central location. I’ve seen a little bit of fanart and Tilt Cycle does some really neat stuff with unsalvageable pinball parts. He had a booth at Pinburgh for the last couple of years. Burn the mother down and let out your inner pinball rage with this shirt featuring a hand-drawn illustration by Buffalo artist Joel Menter  on the front. Add a small Buffalo Pinball pop bumper logo centered in the shoulder area on the back...

There’s also some great trophies out there:

https://bit.ly/2qvXjtL … I’m honestly not sure why I love this one so much. 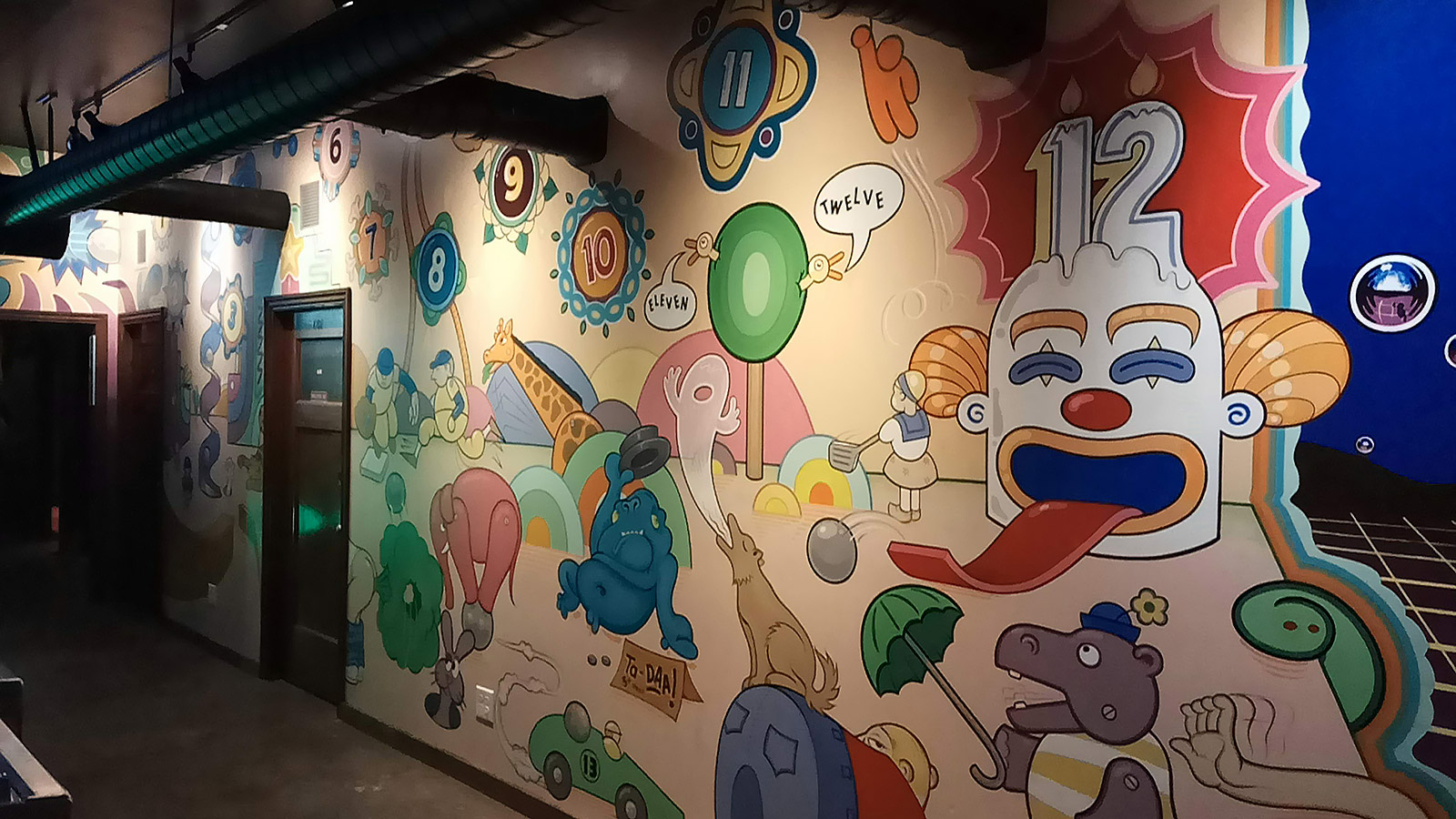 No fanfiction that I’ve seen, but if someone was to write something about a Red, Ted and Rudy love triangle I would at least read it and possibly contribute to your Patreon.

Dibs on being the audiobook reader!

What we have in pinball is mostly t-shirt and art culture - as a personal anecdote to pinball art, Sarah and I are working on a mural-style wall with pop culture bits (fake album covers for Deadpool and Buffy), pinball trophies (An amazing space race wood print from @ChubbyGoomba, PPL/BoPPL swag), Dan’s art (framed Xenon Playfield cut… now with matching bottle opener in the kitchen!), and other miscellaneous Sarah hobby/Pittsburgh/arcade prints. We’ve had a ton of choices on the pinball material and actually have to figure out other spots for some of it (framed patent reproductions, reproduction flyers, etc.).

I think the fact that pinball is a culture with thousands of different games means that art of a specific title is a hard task to come by. You’ll have people who love and hate any title, which makes business centered on a specific machine’s character or motif potentially tough to sell. That’s why all of our non-trophy, non-Tiltcycle pinball art is mostly reproductions - they give a lesser version of machine fandom without the investment of creating your own artwork.

T-shirts are generally tied to events, so artists know they’ll be able to sell enough of a product to take on a higher investment. For example, Pinfest 2018’s stylized Monster Bash shirt or anything The Shadow @JSwain gets done for the Sanctum.

I think as others have said, the majority of fan-art comes across in pinball t-shirt designs. My friends over at Rage Tilt have some really awesome fanmade designs. Also, I think we see a lot of fanmade material in the mod community, and all the impressive figures and alterations to machines that they have created.

I saw my first pinball cosplay at Pinburgh this year as someone dressed like the guy on the backglass of one of the billiards-based games, which was awesome!

I think all the mediums you compare against with more significant fan fiction/art/etc have something that pinball doesn’t: a long-form medium where stories are told about characters/worlds/etc. Pinball generally is just a light theme in nearly all cases. I just don’t think it draws people that are into pinball for the themes, and I think there’s less people in the hobby for the themes as opposed to the gameplay.

Would it be legal for me to do something like write a grand lizard short story? Make a movie of xenon, or a comic of banzai run?

You should definitely check out Inferno before you go too far with the pinball story, lol. 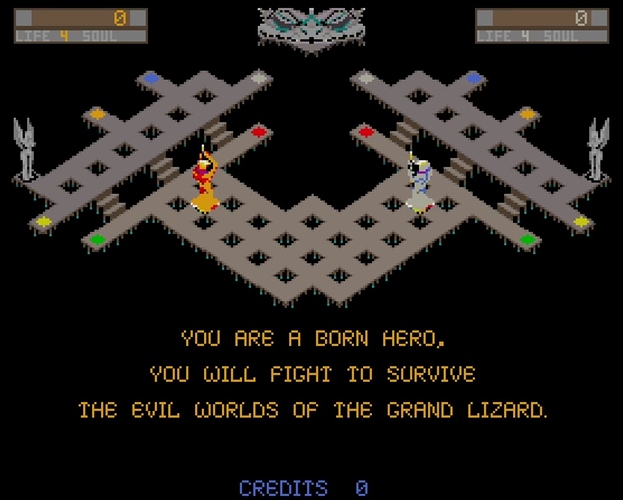 While not directly pinball fanfiction, I think this qualifies as pinball-related fanfiction: https://www.ipdb.org/files/1851/Popeye_proposed_theme_from_Python.pdf

This is a loose fit, but I saw it on Pinside and wanted to post it somewhere. It was created by user Pecos out of Tucson

I got a good laugh out of your comment (that document is one of my favorite goldmines of hilarity). Yeah, I’d say that’s actually Popeye fan fiction by someone blessed with the power to get a game (sort of) made out of it.

No conversation on pinball fanfic would be complete without a link to the Future Spa Twitter account: https://mobile.twitter.com/futurespa?lang=en.

Some patches I did with Zach at Tilthammer. 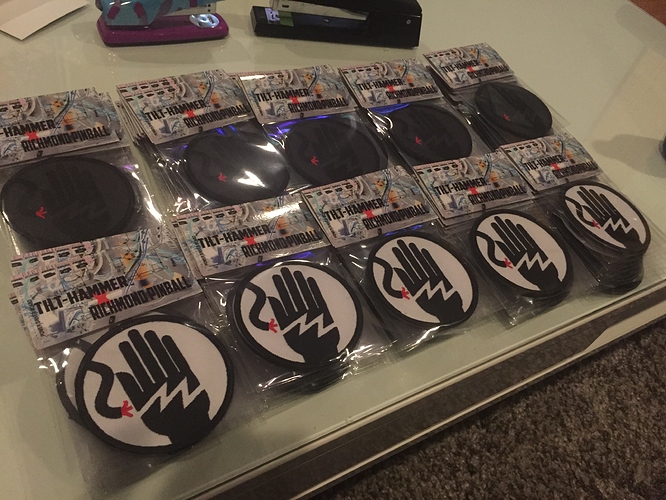 I think all the mediums you compare against with more significant fan fiction/art/etc have something that pinball doesn’t: a long-form medium where stories are told about characters/worlds/etc.

I think Dialed In! has a story with some substance to it, but I have not really figured out the story or the position that the player occupies in that story. Maybe if they put out additional issues of the comic book, it would be more clear.
…David Marston

The answer is simple I think:

When you go to Anime Expo what is the art of? The characters. 95% of the work are portraits, or pinups, or action poses of some kind. Overwatch isn’t even anime but the characters are so popular they sometimes dominate artist alley.

When you go to Evo it’s the same artists, but now they’re showing off their Street Fighter or Guilty Gear character drawings.

Fan art is traditionally extremely character focused. Pinball doesn’t provide much of that to work with. Who are the characters in pinball games that aren’t just memorable, but have the kind of appeal that you’d want to hang fan art of them on your walls? I don’t think there are many.

And this is why 90% of all pinball fan-art involves Rudy!

My first reaction to this thread was to point out that pinball machines probably don’t make good candidates for fanfic. But I forgot about the Future Spa twitter account! That’s a good example of pinball fanfic. There was also some Future Spa graphic art associated with that account, but I can’t find it right now.

Wow, that’s just awesome!!! No posts in a year though… woder if the spa is still in business.