Road Show is next - any bugs?

Prepering a modification to Road Show. And might as well take care of some bugs, if significant ones.

The old rule sheet and the rumour mill indicate the game has a good number of bugs. But it is unclear which are still around in the latest factory L-6 rev.

Any bugs which are problematic for competition usage of the game?

Please fix Houlton to say Houston instead.
Just kidding (it ain’t a bug)!!

There’s a weird issue with Super Payday, at least on some machines, where if the mode is started by making the lock in the West Coast mode and shooting the lock again to start it, only one ball is kicked out (the DMD says “WATCH FOR BALL FROM KICKOUT”). When the ball drains, the mode ends and so does the current ball, awarding you your bonus. There should be a way to prevent this from happening, all three balls should be kicked out from the lock at the start of the mode if this happens and there should be compensation for the normal Multiball locks as a result.

Also… not a bug, but add a Wheel wizard mode. Way too shallow as is. 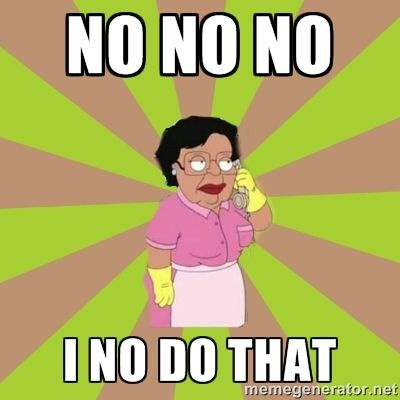 Is country music a bug?

When the ball drains, the mode ends and so does the current ball, awarding you your bonus.

Is this a common thing or mearly seen on one game. Sounds like the works of faulty switches.

ballsave that will occasionally happen

Is this known to happen mid game? The game has a significant grace time on the start-of-ball ball saver. And the 3-switch thing is also display as ball saved. Sometimes.

I’m pretty sure I’ve seen this well into a game, after any grace period would have expired.

What is the three switch thing?

Some time in the 90’s, Williams games adapted the infinite ball saver until three different switches had been activated. It is usually sort of hidden. It feeds the ball back to the shooter lane. With no other fuss than blinking the score.

This is generally speaking, as choiced switches may be configured to bypass this.

The purpose was to secure that players indeed felt they had been given a chance to flip the ball. Even on faulty games. So they would not feel robbed their ball-in-play and complain.

Yep I’m pretty sure that wasn’t the case… thinking at least one ballsave happened after an entire mode had been played. It’s been a while but I remember suspecting it seemed like possibly broken compensation for a right outlane drain from the plunger lane feed. I sold the game years ago so can’t provide much more than that, except that RS is flagged in my head for very occasionally doing Weird Shit™ regarding ballsaves.

I agree that Road Show can have a phantom ball save that occurs well into a ball. Seen it on many examples of the game, so it’s not a single game having switch issues. DMD does show “BALL SAVED” when it occurs. I’ve tried to deliberately reproduce it and have not been able to do so; it just seems to happen once in a blue moon. (Of course, usually when my opponent in a competition drains with a score that I would beat, but then they get phantom ball save and come back to win.

I think ONE of the ways the phantom ball save happens is if it kicks out from Bob’s without hitting any switches and drains down the middle.

Can happen due to a non-working red target by the upper flipper.

Other than the phantom ball saves I think Roadshow is pretty good as is.

Huh, I thought those awards were standardized in competition play.

Are the skill shot souvenirs and the Bob’s souvenirs standardized? Is it the same order every time or a random order each games that is the same for all players?

My recollection is that it’s the same set in the same order each time.

That’s correct, in tournament mode the souvenirs are given in fixed order, regardless of how you get them. They come in order of their price if you were to buy them at Bob’s… I believe it’s three “good” (“good” = corresponds to some city), three bad, etc. If you don’t remember what souvenir is what, IMHO you’re definitely better off buying whatever is offered, rather than possibly missing out on a city matching souvenir.

I think ONE of the ways the phantom ball save happens is if it kicks out from Bob’s without hitting any switches and drains down the middle.

This is not the case. At least not every time.

If it was, it could be by feature, right. And not a bug.

Other than the phantom ball saves I think Roadshow is pretty good as is.

This one will be a more-fun-at-home mod. Where cities may be played in any order (with special cases for Alburquerque and west coast). If someone fancies this for competition too, go ahead. This being a seperate menu setting, bug fixes will benefit both configurations alike.