Ridiculous things that happen in pinball

Playing Star Wars Premium at league the other night… the ball hit the top (right) edge of the E drop target, which dropped… the ball fell straight down, hit the C in the same manner, which dropped… ball continued its way down to the R, then the O, then the F. Entire drop target bank taken down, one target at a time. I’ve never seen anything like that. Wish I had video!

What’s your craziest “did that just happen?” story of the ball being wild?

At INDISC during qualifying I somehow hit the ball on the fly from the left flipper, air-mailed it and cleared the target, hit the Stugots boat, come back in the air, hit the top of my right flipper, hit off the glass, fell into a trap on that same flipper. I salute the single individual who was watching that gave me a slow clap when I turned around. You’re the real hero.

I did this once. Once 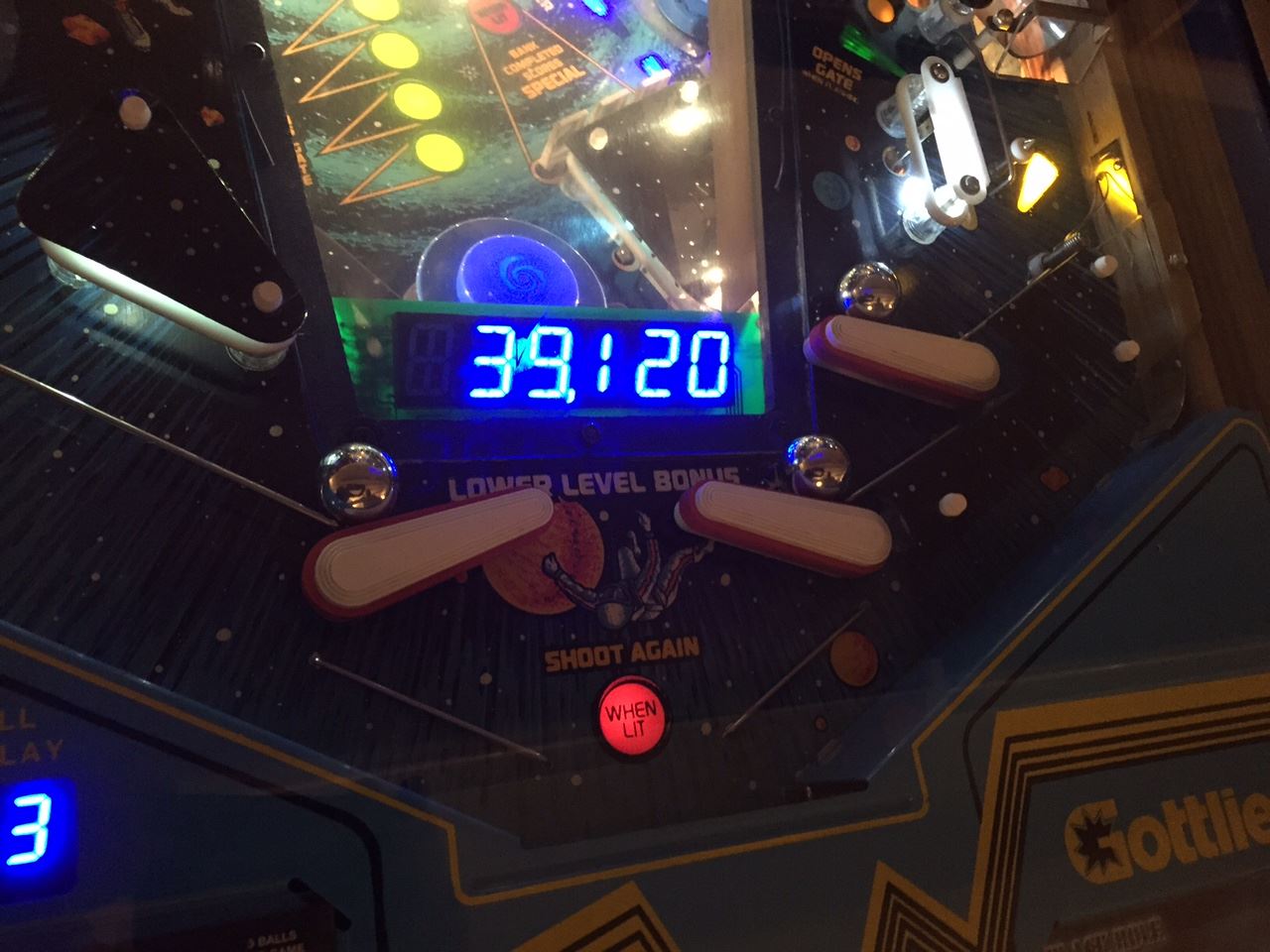 That time Keith Elwin did that thing. You know what I’m talkin bout.

That Stugots target can be flaky: on some Sopranos, the rebound from shooting it will airmail-drain out the left side clean over the lanes.

As for other weird stuff, I’ve done the shatz-the-outlane the hard way a few times: not the inlane-outlane on the same side, a supershatz where it was so clean it went up the inlane, out into the center of the playfield, across and into the outlane on the side I’d originally flipped from. Rare enough that it doesn’t deter me from shatzing, but rude when it occurs. Maybe we need a pinball dictionary term for this, e.g. Shatz-behind-the-back drain? 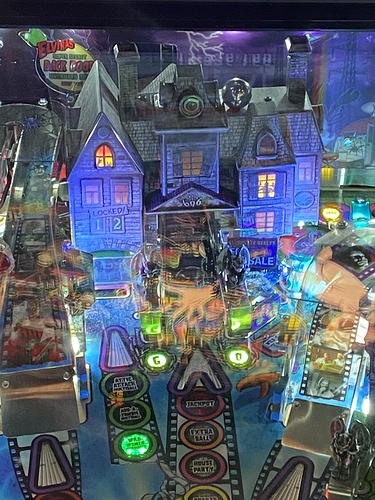 Ever wonder what happens when you shoot the House Entrance when it’s about to lower but not quite lowered yet?

(At least I finally know what the turret does… :P)

I had a ridiculously benificial malfunction on a location Elvira last week. The optos on the right ramp started going bad and I got a GC score of 20B by only playing Happy Hour. A few right ramp shots got over 250M (base value is 250k + 50k for additional ramp shots). I think the GC score was ~1B when I got there that day. Took me three games and hundreds of ramp shots to get the 20B.

It has 10 character initials enabled and I couldn’t put in my real initials, so I put in BROKE RAMP. In hindsight, I should’ve taken a pic with the score and my correct initials before switching it to broke ramp.

The vast majority of malfunctions on location do not work in the player’s favor. It’s nice to get a really epic benificial malfunction now and then.

At EPC I had a ball flying over the flipper and out TWICE in one day. Two different machines. Was just shaking my head in disbelief.

I am starting a ban playfield protector campaign one of these days.

Our local Elvira has the same issue, Grand Champ is 40 bil for the right ramp opto going off all the time. The op cant seem to figure out what is wrong.

Here’s one I’ve had happen more than once. On GOT, a slow roller arcing towards the left outlane. It sweeps the drop targets lighting Lord of Light, goes straight into the outlane and you get the ball back. So cool when it happens!

I accidentally shot the Super Jackpot target on Beatles with the upper right flipper!

It’s always neat when an air ball lands on a habit trail.

In Dailed In I had a ball go into the left orbit scoop and fall down into the cabinet. (Not in competition.)

A young tech working at the local arcade removing the plastics to free the “stuck” captive ball on Space Invaders. Yes, he thought somehow it got flipped into that area and needed to be freed.

One year in Pinburgh on Count-Down, I was player 2 or 3 and I was in dead last on ball 3. I plunged and housed it down the center on a failed slap save, only to learn I hadn’t hit a switch. I laughed, plunged again, did the thing and won the game.

I started Light Cycle multiball on Tron with an on purpose drain so I could get 2 cracks at end of line. I shot the first ball around the upper ramp, and with the upper flipper I shot the 2nd ball into the end of line.

Not too crazy but this just happened a minute ago.

In a Classics tournament on Stingray, I drained a ball so fast down an outlane that I got an unassisted (no touching the game) death save out of it. I was hanging my head in dejection and watched it happen in front of me!

Just this past weekend - I completely unintentionally backhanded the left loop on Ghostbusters. Twice. In a row.

It’s also been a weekly occurrence of me to say to myself “how the hell did I backhand that?”

Was playing Sword of Rage, shot the center target and my ball ricocheted down the right outlane like it usually does, with the Black Knight making a mean comment, but then the ball came back up to the flippers because it had so much speed!

How about flipping the ball under the left flipper, up to the outlane and getting a kickback into play? That’s always fun.