Question: Settings for Legacy of the Beast tournament

The announcement at https://www.ifpapinball.com/maiden says, “The IFPA will establish the tournament settings for the Iron Maiden Pro, Premium and LE games used in sanctioned tournament events.”

What settings should be used?

With Stern Army events being in public locations there’s many Army members that don’t have access to the game to be able to adjust anything, so we’re not enforcing anything crazy like Competition Mode installed, etc.

Do I just take pics and email them if a player wants to submit a result from a sanctioned league or tournament at the location? Or do I need to somehow register my events to be included? I don’t see these details on the website linked.

Only games played during sanctioned IFPA events are eligible so your events are already registered. Any Stern Army member who plays an Iron Maiden may submit their score. So if the player has obtained a Stern Army dogtag (I give them as door prizes) they may enter the tournament.

So what if the high score happens before or after the event (same day) but a TD verifies it?

“Only scores recorded during the actual Stern Army sanctioned event are eligible for this tournament. Practice games or games played at Stern Army locations outside of the sanctioned tournament itself will not be eligible.”
https://www.ifpapinball.com/stern-army-up-the-irons-championship-iron-maiden-legacy-of-the-beast-tournament/

Aaaaahhh… that’s what the dog tags were for. They were just in my box of “stuff” and I put them aside and forgot about them. Oops. Guess some players are going to become army members this week!

@Smack847 asked for email addresses of people who are awarded dogtags. I’ve been giving out two a month to random participants. He suggested I keep a spreadsheet so I know who has them and that advice has proven very helpful.

I will do the same then. Thanks for the info.

Interesting as I hadn’t heard about this yet. I don’t see any mention of the dog tags being required and that you just need to be an active IFPA member. Am I reading this wrong and you have to register somewhere to be able to participate?

Good point. I may have wrongly assumed it was open only to Stern Army members.

Edit: The email announcement does say exclusive to Stern Army.

The dog tags aren’t required. The only thing that’s required is that it’s an IFPA sanctioned event at an existing Stern Army location.

To help highlight these events for potential players that are interested in this additional ‘bonus’ tournament, we’ve created a list of events that will be offering this (i.e. it’s an IFPA sanctioned event at an existing Stern Army location that has a Maiden on site):

We’re hoping to fill this up with the help of the Army members in the upcoming days and weeks.

Ship out some premiums already. A few places in Michigan are awaiting machines still. Great promotion.

Will something be posted on what you want us to do? Arcade Legacy in Cincinnati will definitely be a part of this.

Will something be posted on what you want us to do? Arcade Legacy in Cincinnati will definitely be a part of this.

For any tournament games played on Iron Maiden during any Stern Army event at Arcade Legacy, get Jesse (or yourself or any TD) to take a picture of the player with their score on the display.

Email that picture into us and we’ll post it to the live standings page that we’ll be tracking between now and the rest of the year.

Beast here. Hit me up if you want autographs. Form one line, no pushing.

For those of you following along at home the current Beast has over 4.4 billion.
https://www.ifpapinball.com/maiden/standings/

The Chase is on. 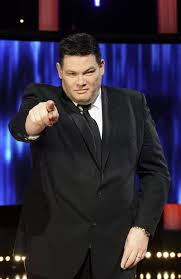