A blatant rehash of @gammagoat 's 2017 thread, but just as valid. 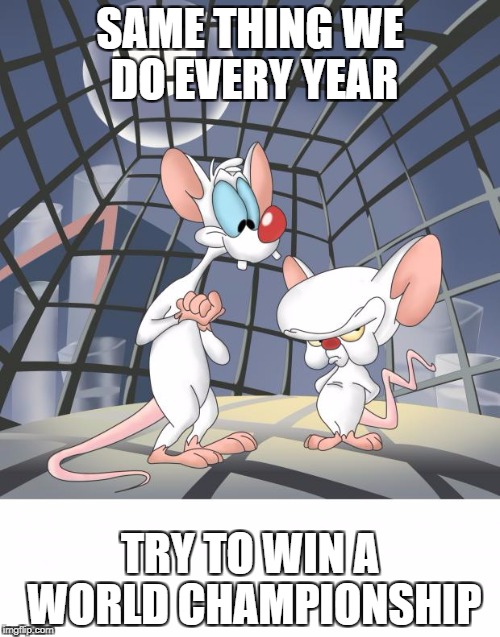 Win the KY SCS
Be top 500 by year end
Make A division in Pinburgh
Finish in the top ten of a circuit event
Have at least two high quality tournaments complete with excellent streaming coverage.

I reserve the right to edit these before Jan, but I think.

I just really want to get to the end of 2018 feeling like I’m a measurably better player. I had better results in 2017 than 2016, but I don’t feel like I improved at all as a player, mostly because I didn’t put in the right types of effort. I know what I could have done better, so I’m ready to attack 2018.

Sorry, this conflicts with my goal to repeat as KY SCS champion

Bring it!! You’re lucky I flamed out in the semis last year. Feel free to repeat your 2016 performance. Haha

Stop being so hard on myself- I’m tired of walking away from games angry. Try to be more positive and walk away thinking of what I did well and could do better next time instead of calling myself a stupid motherfucker.

Read the Inner Game of Tennis. If you have already read it, re-read it.

Same as last year, beat @gammagoat during matchplay at least once at an event

Dude! I will never forget that future spa.

There’s a new barcade out your way, Ian? Where about, and what’s it called?

I won’t forget it either. It was my first tournament win, and only win to-date. “The future is now”

There’s a new barcade out your way, Ian? Where about, and what’s it called?

Pin up arcade bar. King and University in Waterloo. Public details are the help wanted ad.

pin up arcade bar is now open! as the name suggests, pin up is a bar, but with an arcade twist. we offer a great beer and cocktail selection paired with the best selection of pinball and classic arcade gaming around. if you're looking for a fun, fast...

Gonna have to be relax a bit. I think I’ve been overdoing it on the organizing front, especially since the league I administer (Bluffs) went weekly in July. Take better care of myself so I’m still around to organize in the future - collapsing at a tourney last week (overheated and over stressed) was quite a wake up call.

I’m going to try to get Pinball for Change over the $20,000 mark in order to build a 2nd classroom in Kanambu Ecuador, with many thanks to the Toronto Pinball Community for all the support the last several years. We’re just under $18000 at this point.

Play more for enjoyment than competition. My goal was Top 1000 and I’ve done that. I guess it’s maintenance time on that goal.