WHO’S READY FOR THE GRIND?

Wish I could go. For now I’m looking forward to flipout in Vancouver…

I’ll be watching on twitch cheering on REG, our hometown hero!

I CAN’T WAIT TO FINISH THIS A BANK SUPER GUIDE BECAUSE EACH DMD IS TAKING LONGER THAN A 5 GAME TICKET IN A DIVISION TO WRITE.

THIS THREAD SHOULD BE CAPS ON, HYPE OUT. 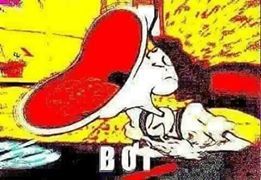 I am ready to shake my rump

I might have posted this already… But still appropriate… 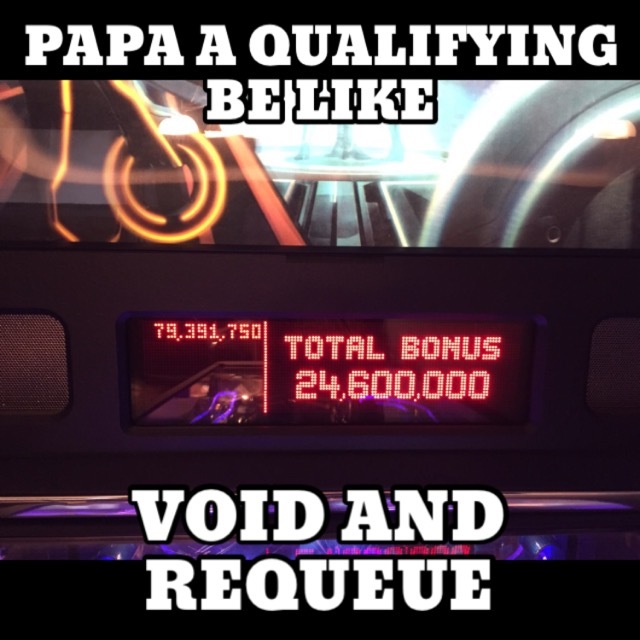 Obvious bonus bug. Nobody can shoot that many Gem shots legitimately.

Looks like I’m going to only be able to attend Wednesday and Thursday. Decided I’m just going to skip classics 1 and do nothing but qualifying attempts in main. If by some miracle I qualify, I’ll call of work Sunday and make a day trip.

I’m excited for my first PAPA. taking the train on Wednesday (yeah, it’s going to be a long day but I hate flying and driving). The game selection for A looks really fun. I have no business playing in A being ranked 885th but I don’t know if I can swing this trip in the future so I’d rather go big and give it a shot this time. I had a really miserable IFPA nationals so looking to do better.

I don’t know if I can swing this trip in the future so I’d rather go big and give it a shot this time.

Yeah, that dilemma is hard. On one side, odds are you won’t be able to play in C Division anymore so you’d lose out on the opportunity to make an epic run at the cup. On the other, returning to PAPA isn’t a guarantee, so making a hard run at A Finals makes sense.

Either way, I would recommend seriously trying for Classics every day. It’s a highly competitive tournament with good payouts, players, and memories. I will fondly remember scissoring my way out of finals while one shot away from qualifying. I’ll also fondly remember my first NGS game being something completely ridiculous in Classics 3.

Anyone meeting up anywhere Tuesday night to play?

I’m arriving Wednesday evening. Other than the circuit finals, which I am not playing in, is there any reason be at PAPA on Wednesday? Qualifying doesn’t begin until Thursday right?

is there any reason be at PAPA on Wednesday? Qualifying doesn’t begin until Thursday right?

Also there’s supposed to be some pinkemon tournament Wednesday evening I think?

Commence reasons! I assume there’s a tourney worth $500 based on your comment?

I’m sure he’s referring to PAPA’s collection of 500 games* that you can walk in and play. And if you pre-registered with the 5 day pass it won’t cost you anything additional to go there a day early. No brainer!

*Probably more like 400 when you consider the ones set aside for tournament play, but still.

Ahh. Yes I am excited to play some rare games and such, but if I traveled Tuesday instead of Wednesday that’s an additional day off of work and away from the family. I’m already pushing it a bit as I went to IFPA Nationals, then PAPA, and I’ll be going to Pinburgh as well. My wife is incredibly gracious

Getting hyped up. I’m playing A for the first time. Interestingly, had I gone to PAPA a couple years ago I would have been forced into A due to IFPA ranking. Now I could actually play in B, but I’m playing A since it is a circuit event. Goal? Top 24 would be nice but I’m more realistic. Top 40 will get me some circuit points. Classics is always a blast as well.

I’m taking a red-eye tonight with hopes of watching some of the circuit final in person tomorrow. Any idea how long it is expected to run? Or in other words, how much of a morning nap can I take without missing too much action?