The patch has been removed.

Now this is one fixed ROM I can completely get on board with.

Forgive my ignorance, but are these revisions free play only, or will they also accommodate coin play?

Does it fix the MYC during MB bug? Also any chance to unrandomize the millions left ramp mode?

Not sure what that MYC remark covers. I guess the answer is no

If the Playground award was to be a static sequence, how should that be. I’d say Shoot left ramp to go first. To put it more into play.

Thanks a lot for the comments. If these patches are to be installed, any feedback is much much welcome.

I considered this (and Dude) the crown jewel and saved it for last. Campaign is over. For now. Well, I might resurrect that Earthshaker blunder.

@soren soren: Do you have access to Radical! ? It could really use code to deal with locks in a more sensible manner, and since the multiball is two-ball it could even mostly-behave like a modern game with individual progression saved. Also, AFAICT, the fixed-jackpot ROMs are not widely available at present.

Radical! is a very cool and unusual game. I would love to see that being tweaked for better rules in (multi player) competition usage.

However. Individual locks made-progression towards multi-ball is not possible on games with no auto-plunger. The best it can be is with first-in-first-out one ball at a time lock mechs like Funhouse.

You can prevent lock steeling. By resetting some progression before each start-of-ball. But that is tricky. It involves ejecting locked balls and waiting until they return to trough before serving up next player. I certainly foresee a hazard or two. With flaky switches, inconsistent sequence of events, points awarded from ejected balls, draining (locked) balls ending ball-in-play for the next man up etc.

At the top of my head I cannot think of any game that does this. Or wait, Doctor Who?

Personally I do not see it as that big of a deal on 2-ball’ers. As long as the “lock lit” status is not stolen as well.

I’ll echo Cayle’s statement, the only thing missing would be to remove the randomization of the right scoop playground awards.

Thanks for your efforts!

Not sure what that MYC remark covers. I guess the answer is no

the only thing missing would be to remove the randomization of the right scoop playground awards.

Welllllll the snackbar too I guess. I mean, if you’re going to go down that path.

I never really counted that as a bug because EVERY MODE IN THE GAME works that way, including left ramp millions, right ramp millions, both ramp millions, etc. If you can build up the left ramp to 24M then start MB then do it again, well, at this point everyone should know that’s how that works.

Bravo, @soren!! Huge round of applause for this. In addition to making the MB search shots deterministic, I like how you’ve handled it with 2 the first time, and 3 after you get a jackpot.

I agree with Keefer here. The modes are handled consistently, and there’s nothing unfair about it. If you can pull off the mode reset/resume via MB through skillful (or lucky) play, then you get your just rewards.

Maybe I am mis-remembering the MYC bug. I thought when it resumed the shots wouldn’t collect. Never mind then

No, you’re right. The other modes work fine, but move your car seems busted after multiball.

File under: Things I would learn if I didn’t double drain out of multiball on CFTBL 83% of the time.

Wow! This is very cool! How are you modifying the roms? Are you re-writing all the code from scratch? Or are you somehow reverse engineering it?

I stand corrected then. I thought MYC restarted without issue after MB.

DLed, Patched, installed and tested! thanks 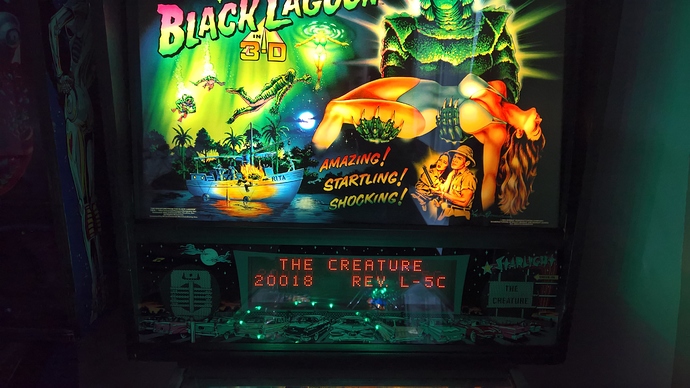