@pinwizj asked me to help him with streaming these events that are happening near Dallas this year. Since the AAMA amusement expo is considering moving locations to DFW, I may be helping to run the stream for years to come. Basically, I’m trying to get some money together to build the IFPA their rig as well as use it for other events around TX and OKC. Unfortunately, there can only be one @kdeangelo, but with enough money hopefully we can build his rig or similar. If you enjoy pinball streaming, please help out the IFPA by donating to our campaign! Thanks! 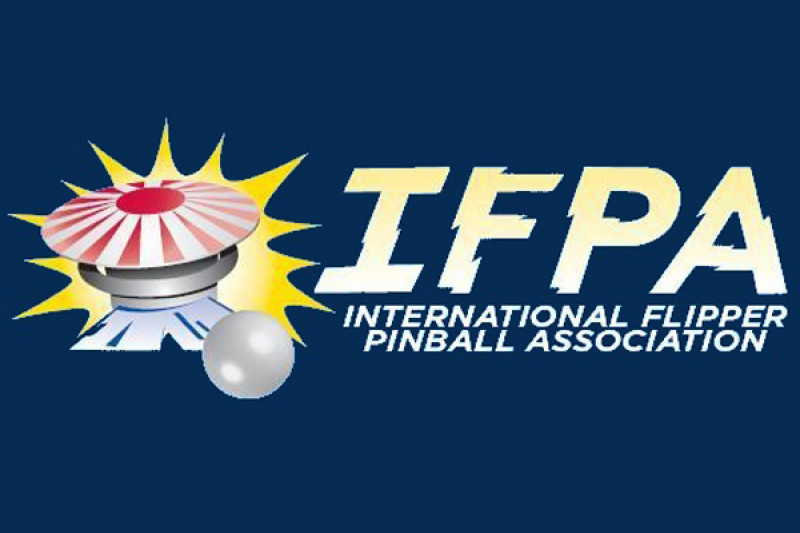 Hi! My name is Garrett Hays and I've agreed to help Josh and Zach Sharpe of the IFPA by building a streaming rig that meets the needs of the IFPA State Championship Series nationals, Pinmasters and Women's World Championship taking place in Mesquite,...

UPDATE! @pinwizj has agreed to match the gofundme donations up to $600. Please help us to reach this $600 goal! Thanks!

$200 to go before that sweet IFPA money kicks in! Help out @pinwizj and the IFPA. Thanks!

@GarrettHays are you planning on, or willing to document your setup so others could reproduce it.

For sure just need to buy a bunch of stuff first

Donated what I could for now. Good luck!

Bump up the jam

My donation should hit in a few minutes but your up to $1100.

I really wish some others here would step up and donate what they could! Watching pinball on twitch is awesome entertainment and good for our hobby!

5k was a Karl rig number. I just put the rig pc together last night and i have almost everything we need. Just need more cams now 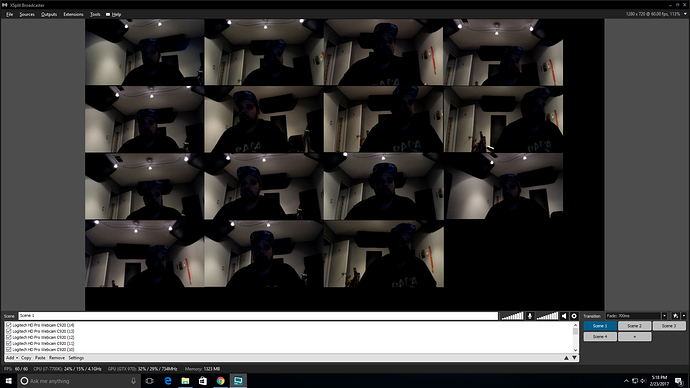 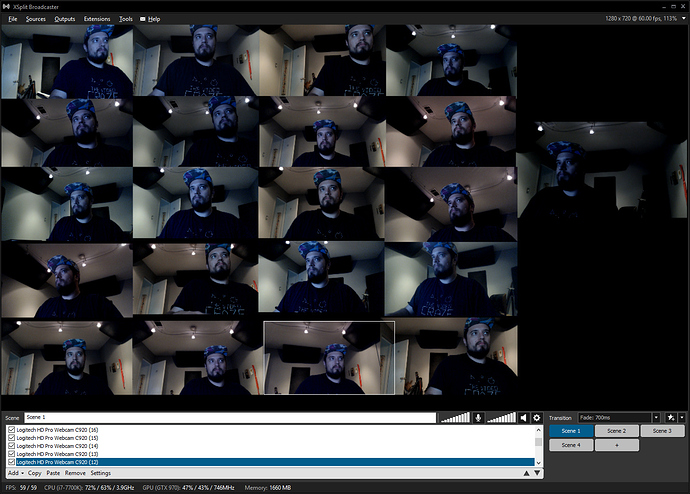 The 21 cam salute!! This is 21 c920’s all running on auto everything at 1024x576. I’ll do a full list of equipment in another thread after SCS and TPF unless I can find the time between events. I’ll also include a price breakdown and setup. This is by far the cheapest possible solution and hopefully the performance will be adequate. I will be running the PF cams at 720p and the score cams at a much lower res and frame rate to save cpu cycles. Thanks for your help campaign backers!

Have you done a performance compare of OBS vs. XSPLIT? The latest OBS release is pretty snazzy.

Not yet. I think I switched from OBS to XSPLIT because you couldn’t duplicate sources which is how I get a score camera view and PF view with one camera. I’ll have to check because its been a year or more since I’ve checked it out.

Looks like they still haven’t added that functionality unless I’m missing something. Sucks, OBS seems to use less CPU and the new VST plugin support could be nice to maybe setup a ducking compressor.

What stream is this going to be on? Link?