If you are interested in watching a beta version of the new Jurassic Park wizard mode/Assault The Vault 2.0, Escher streamed a couple hours of it last night. During the stream he achieved what we believe to be a world record escape time of 2:09:926. The GOAT himself sent us what seemed to be an unbeatable time earlier in the week at 2:22:809. Escher discovered that if you take a tilt warning when the up-post is engaged, the game immediately releases it, lol, which saves quite a bit of time. Note that this is beta code and KME has already fixed this issue and now pauses the timer when the up-post is engaged so you don’t have to intentionally take a tilt warning.

I have to say that the new Escape Nublar Challenge is awesome and addicting and a SHIT TON of fun to play all on its own, both for speed runs as well as high score runs. It’s amazing that @sk8ball has added so much more value to an already fantastic game and I hope we see more of these in the future!

During the stream he achieved what we believe to be a world record escape time of 2:09:926

Escher discovered that if you take a tilt warning when the up-post is engaged, the game immediately releases it, lol, which saves quite a bit of time. 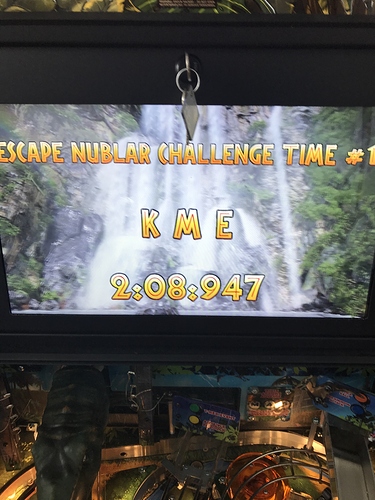 Bragging about your kids is never a humble endeavor… we ALWAYS want them to do far greater things than we ever did and are super proud of them when they do!!

Just updated the code and played for the first time. Cool mode. 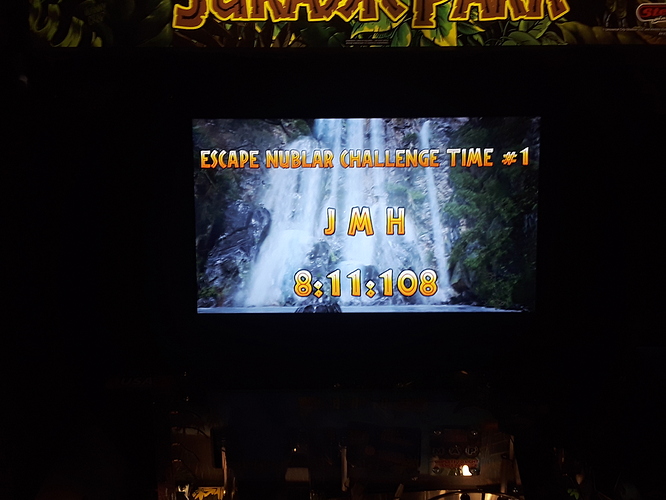 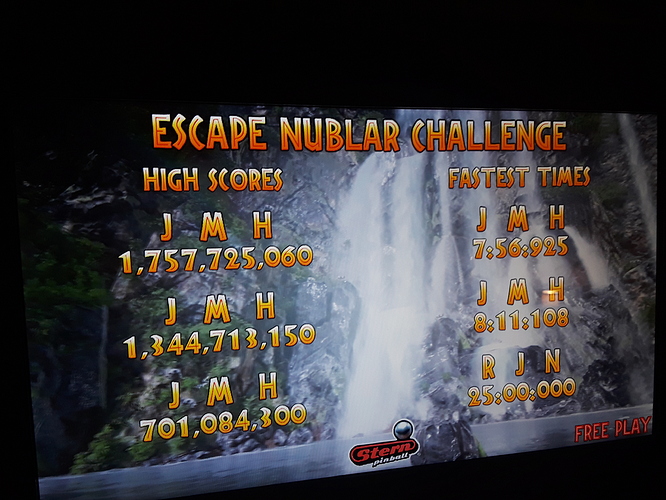 We believe this might be the new world record … waiting to hear back from Lefkoff and Associates to confirm. 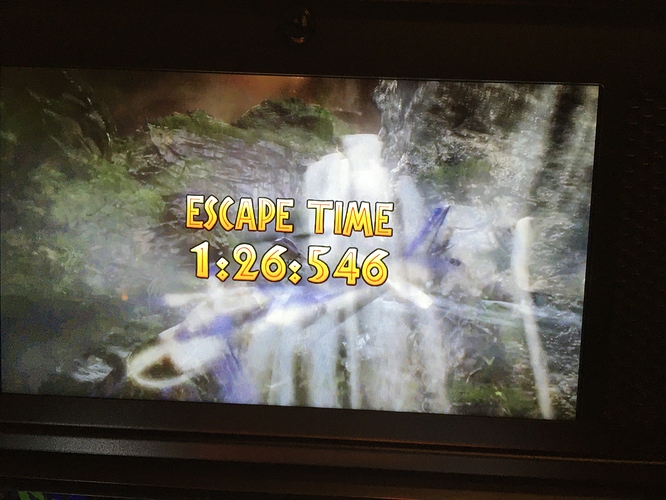 We’ll be needing to see the video for that one, “pinwiz”. Would be fun to see who can do the fastest “glass off” run, lol.

Small note. The standard for writing a time quantity like these is MIN:SEC.MSEC. With a dot-seperator for milli-seconds (fraction of a second, strictly).

Thanks for thinking out-of-the-box. Cherish innovation.

Anyone else having the issue of once you have activated the Escape challenge from the options by pressing both flipper buttons, you can’t then get back to standard play?
You’re stuck playing challenge, even after a power cycle.
Playing in a pro

Did you change setting 45 to yes?

Yes I did, and that was causing the problem - although when holding both flipper buttons it was giving me the options to choose, (normal, comp, or nublar) despite always giving Nublar.
Maybe if that setting is activated it should disable the flipper choice display option?

1 more suggestion is to have somewhere in the status what DNA combos you’ve actually collected, it’s so irritating knowing you’ve got 7/11 but don’t know which ones are missing. 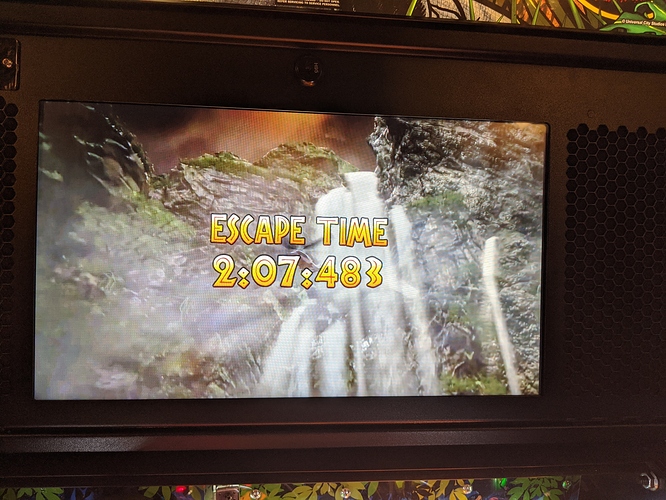 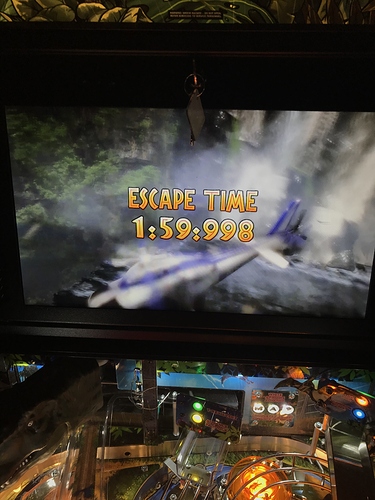