On AIQ, you can quickly short-plunge into the bumpers, for lots of reasons. After a portal lock (on premium/LE), if another portal lock is lit, grab the plunger and short-plunge to the bumpers to get it to fall into the lock. This is particularly useful if you just collected a gem that you want to place on the bumpers. Or if you just need a few pops to collect/level Captain America. Also works for collecting a Soul Gem Jackpot if that’s on the bumpers. Also works for selecting the gem on the bumpers in Thanos Attacks. The greatest is during Black Order Multiball when the pops happen to kick it up the super jackpot lane for you!

Beatles is another simple one, short-plunge to the upper-right flipper to shoot the upper-left loop for jackpot.

There are some games where you can short-plunge after a ball-save or physical lock without validating the playfield, to try to get a catch and you can just let it drop if you can’t. I do this constantly on Game of Thrones and often on Stranger Things. I think I remember Houdini also allowing it.

The right orbit on AIQ in multiball can also be cheated by short-plunging one ball to get the right orbit switch and then plunging another ball fully around right away. This is extremely helpful in Space Gem if you are having trouble with the right orbit or if the flippers are beginning to weaken.

On Medieval Madness if you play barnyard (?) before you get video the video mode will say “save the calves” and the children will be little cows. Not positive what made the cow change but I suspect it was barnyard

Not positive what made the cow change

Catapult three cows. The next time you get the video mode (and this will probably be the second video mode, activated after say 40 or 50 FIRE’s) it will be save the calves, where the children are replaced by calves.

People often claim the cow version of MM video mode is easier than the default bird version. Not sure if this has been proven, or just psychological

I was distracted by the cows and failed to complete it so I couldn’t say.

On AFM I know it is, because the cows occupy a larger amount of DMD space than the saucers.

Fun story: I’ve played Cow Attack on a Junkyard, and the first time I ever saw the AFM “3” was also on a Junkyard.

On Rock, ROCK&ROLL LIVES! letters are your bonus (10,000/letter). You earn these via lit inlanes (1 letter) or the lit drop target on the bottom bank (2 letters). On default settings, completing ROCK&ROLL LIVES collects the multiplied bonus value, max 150,000 x 5x = 750,000. But this also resets the letters, removing them from your end-of-ball bonus. So it’s not really any extra points and could potentially harm you by erasing your bonus on ball 1 or 2.

So you really want to collect this with double scoring. When you have 1 or 2 letters left, and your left inlanes are lit, shoot the center loop to start double scoring. This feeds directly to the inlanes which will give you the final letters for up to 150,000 x 5 x 2 = 1.5M collect. If your inlanes are all unlit, you can shoot the right standup target to relight them.

Thx to @pinbwzrd for cluing me in

So this isn’t really a “Deep cut” by any stretch of the imagination (considering that this “knowledge” is literally spelled out on the display, lol), but I’ve seen it trip up a few players in critical spots lately, so it’s a good thing to remember. In Deadpool, when you shoot the scoop and it is lit for a battle but you don’t want to play a battle, you can hold the Boom button down to skip starting a battle. There are a few places in a game where you might want to skip a battle (say, you would like to get 2 Ninja MB locks first, or some such), but the critical place is when you you have, say, 43 weapons collected and you shoot the scoop to collect another two combos. This will give you 45 weapons and qualify mechsuit MB, but you will need to shoot the scoop one additional time to actually start it. However, you can’t stack mechsuit with a mode, lol, so when you shoot the scoop to collect your 45th weapon AND battle is available, please DON’T PICK A BATTLE, and instead, hold the Boom button down to eject the ball so that the next scoop shot will start mechsuite.

Since we’re on the topic of Deadpool, an interesting thing occurred at INDISC that I hadn’t seen or heard about before. Apparently, if you start Lil’ Deadpool first and then shoot the scoop to pick a mode (a wonderful “new” ish rule that makes stacking a mode with Lil’ Deadpool a whole lot safer), the timer for Lil’ Deadpool does not stop while you are making your battle choice, so if you take too long choosing a mode, Lil’ Deadpool can time out on you losing your chance for a ballsaver and an add-a-ball. I think this happened to @travam in the second round at INDISC, but he was able to recover and still make it out of his group (and all the way to the finals!). Anyhoo. If you play Lil’ Deadpool and then mode start, don’t waste too much time starting and/or picking a battle to go with it! 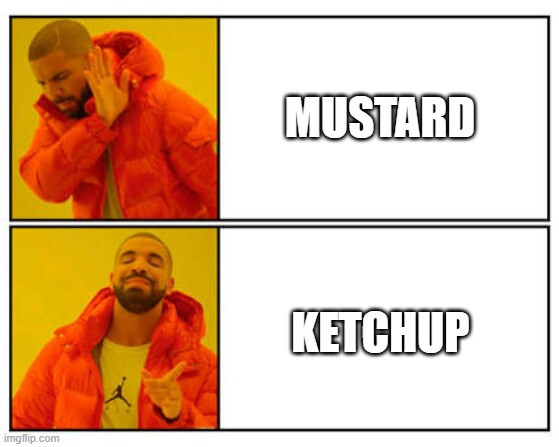 I liked how people who found INDISC on the Twitch front page and were introduced to competitive pinball through Car Hop kept asking whether this or that game had a Ketchup, like it’s a normal pinball thing.

Not if it’s Chicago-style.

Apparently, if you start Lil’ Deadpool first and then shoot the scoop to pick a mode (a wonderful “new” ish rule that makes stacking a mode with Lil’ Deadpool a whole lot safer), the timer for Lil’ Deadpool does not stop while you are making your battle choice, so if you take too long choosing a mode, Lil’ Deadpool can time out on you losing your chance for a ballsaver and an add-a-ball.

This also happens on GoT if you don’t select your houses to battle in time when starting Blackwater MB. So might be a Stern coding thing that runs some timer in the background to start a MB and if you exceed it you lose the MB… cc @Dwight @timballs

when you choose Donatello on TMNT, it seems impossible to bring a mode into Turtle Power multiball because your right ramp is lit for MB from the start. BUT! if you get a ball through the inner left inlane to start 1-2-3 foot combo, the right ramp will be locked in for your first shot in the combo, not start Turtle Power MB, and will credit you for qualifying start episode