Random thing to bring up… but I personally find “unused” content in pinball software, or things that were outright removed from the code, interesting.

I like how these things can show the evolution of a game’s vision, licensing hurdles, developer in-jokes, or how things could’ve turned out, I guess. Essentially a peek into the development of a game.

Here’s some interesting examples of unused code assets I’m aware of. Feel list to list any others that you know about and think are cool/weird!

Some of the unused sound calls in WOF are hilarious. Pat Sajak says some crazy stuff. Due to nature of the game, it has a ton of voice calls. No doubt Sajak got bored after awhile (he did by far the most recordings for the game) and made up some goofy ones.

Gotta say, I like this prototype Mick animation a lot more than the one in the finished product.

I know that Lethal Weapon 3 has the unused “Multiball” version of the tri-ball intro animation that’s exclusive to older ROM revisions, and Jurassic Park has a “next game” teaser for Last Action Hero that was never actually used until the updated code.

From AC/DC… I think there are displays for the three “cannon features” displayed in the center that are only around on early ROMs, and scrapped on later ROMs.

What is the easiest way to poke around in the software and explore from ourselves? Just starting to get into programming, so this feels like a fun way to start learning and messing around. (Forgive me if this is too off topic.) Thanks!

Not off topic at all. For Stern Sam and Spike games, someone has made the pinball browser.

Make sure you’re not going to be busy for a while before digging in. It can be a bit of a rabbit hole.

There’s an f-bomb callout in the code for WPT and AC/DC. I’ve never heard either of them during a game.

Yep, there’s a bunch of R-rated dialogue from the “tells” in Spot the Tell! Buried in the code somewhere is also Chris Granner saying “You would not believe it, it was THIS big!” or a variation of that Fish Tales quote.

Just found a Metallica quote of “Crazy convict on the barbie!”… Australian only ROMS? ha

It’s been years, so don’t remember the exact wording, but I have heard an F bomb on AC/DC while playing with adult enabled. SJP? One of my favorites is a tilt call. ‘Oh shiat, you tilted!’

Relatively well known one, but dig around in the CFTBL code enough and you’ll find audio clips of a HAL-like voice telling you that memory has run out and the game needs to be rebooted, and the booming announcer from a few callouts saying “JEFF! YOU ARE A WEENIE!”. Good ol’ inside jokes.

Weren’t some of the call-outs in the Whitewater Home ROM originally there but never heard in the released software?

Not sure about that. Only Home ROMs I’m aware of with unique callouts are the profanity ROMs for Terminator 2 and Demolition Man. There’s also a ROM for STTNG with goofy Patrick Stewart callouts when you press both flipper buttons during attract mode.

Theres was certainly unused content in my IMdn, Run to the Hills for starters.

cows and eggs shows up for me.

Weird case of this on Avengers Infinity Quest that I’m not sure belongs here - there are some Vision callouts (“Maneuverability upgraded”, “agility upgraded”, etc.) that seem to imply Vision would have had a more prominent role in the game’s rules than what ended up happening (or maybe this was a rough draft for the drop target computer rule, considering Vision is seen on the art near those targets). You can hear these callouts in the actual game, but only if you complete the drop targets during Black Order Multiball / Black Order Battle Royale. In comparison, all the other Avenger shots that contribute to those modes share the same callouts they have during normal play.

Also, some seemingly unused music tracks in Data East / SEGA games: there was a “hurry-up” track in Star Wars that would end up being used for the Jedi Return mode in the most recent update, and Apollo 13 has - of all things - a circus sounding tune that gradually accelerates. Both of these can be heard in the sound tests but aren’t played in game. I also vaguely remember a track from Jurassic Park that uses the same percussion as the end-of-ball bonus music but overlays different instruments over it as the track accelerates, but I only saw this on PinSound and haven’t seen it uploaded elsewhere.

Data East / SEGA / Stern games may even have code / leftovers from older games that they build off of. 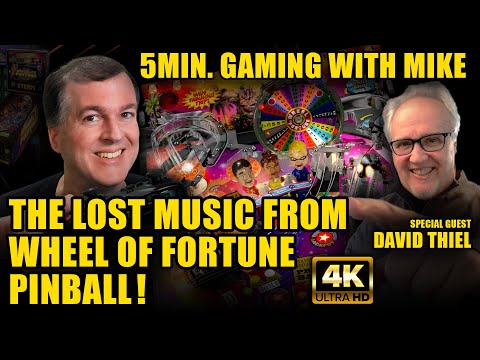