Here is the flyer for the new Stern Batman 66 Pinball.
Need photos of the game still but it is looking very promising so far. 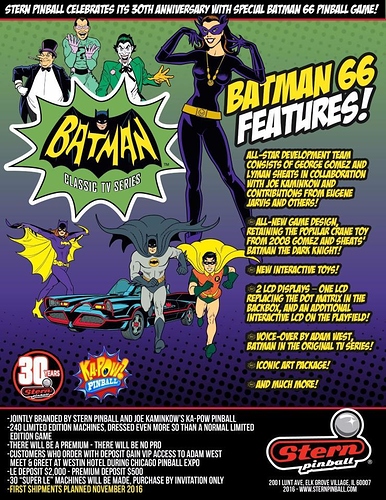 “Purchase by invitation only” WTF does that even mean? Like are they just putting it on there to make everyone else feel like garbage? 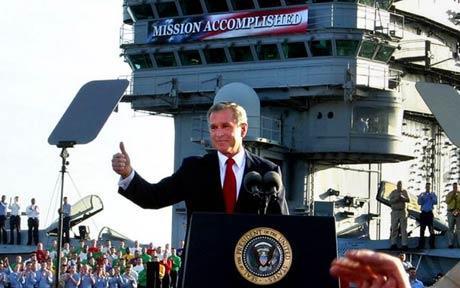 And yet we can see the wave of people tripping over each other to throw money at Stern.

And then the resulting backlash when the game arrives with a spec on the playfield because someone in assembly sneezed screwing in a post.

perhaps they’re reserved for entities that would make them available to the public? barcades, museums,etc.

I love this theme a lot! I’m pretty excited about it. The 30 SLE’s is strange but hey, if they can make more money and the market bares it more power to them.

or maybe this is the first perk of Stern Army membership? (not a free machine obviously, but the invitation to buy one)

If so wouldn’t you want to advertise that, such that you would entice more people to join Stern Army?

Plenty of time between now and whenever they want to sell these SLE’s, isn’t there? Maybe they will be the last of the production run. I haven’t seen many details about what “perks” you get from the Stern army yet.

I’m feeling like there could be some wweLE perks in here… As in “buy it…please!”

Great theme. It will be interesting to see what Stern do with the “two LCD’s”?

Well one is the new DMD. Think TBL.

The other seems to be like the one in the playfield of full throttle.

It says right there on the flyer. One lcd replaces the dmd, another interactive lcd on the playfield. This announcement is so far out of left field, I’m very surprised by the theme. But if it ends up like BDK on steroids it could be very good!

“Purchase by invitation only” WTF does that even mean? Like are they just putting it on there to make everyone else feel like garbage?

Nah, @heyrocker. It is just an anniversary celebration offer for business partners, friends and maybe employees. I guess. Which is fine.

Super excited to see how the LCD’s are utilised. Will the one in the backbox be standard size (like Spooky), oversize (like Dutch) or full translite (like JJP). And will it be dot styled. What is it? What is it?

I always thought the dot display looked suspiciously too short on the redesigned Stern backbox. Where it is also not centered vertically. So…? 30% higher LCD?

Super bad timing, though. With the playfield “peeling” issues (because, “ghosting” is something else!!).

It says on the playfield, not in the playfield. A few people seem to be misreading that, and I’d be very surprised to see an in playfield display!

The BF re-release I’ve been dreaming about for years!

It is just an anniversary celebration offer for business partners, friends and maybe employees. I guess. Which is fine.

If so then why put it on the flier other than to shove it in people’s faces that they aren’t cool enough to get one? The flier is a sales and marketing device. There is zero reason to put something you can’t actually buy on it, other than to a) make you feel super special if you get the invite or b) you you feel super un-special if you don’t. I mean, I guess that it also makes people aware that these exist so that a frenzy is created in the after-market, but what does Stern care about the after-market? They don’t see any money from that. I still don’t get it.

The flier is a sales and marketing device.

According to what I heard on the latest Buffalo Pinball podcast, this was probably only intended to go to distributors.