Should the higher ups at the IFPA home office in Chicago be taking a bigger role in remotely officiating pinball contests?

My wife doesn’t have a Tilt Forums account, but wanted me to pass this along . . .

“NO. LEAVE MY HUSBAND ALONE. BOOM.”

Back to praising the awesome job the NBP crew did. Upgrading to the main ballroom made a huge difference and getting papa games was a smart idea. Top class event. I love that NBP has a vision for their event, and they go with it. Even if it isn’t the choices I would make, I appreciate that they deliver on their vision. Never change! The Horror will be back next year!

But if you did that, people might realize my last name is just an English word and they might learn to pronounce it.

We have to police ourselves and here are a few examples below:
-Have multiple TDs involved when making big calls. If Josh or some other experienced resources are available, use them (especially on a decision like this)
-Don’t take advantage of beneficial malfunctions (especially when the game is being streamed)
-My own pet peeve, dont give the camera the middle finger after your ball drained.

I’m going to guide the more general “should video review be used” posts over to this thread: When, if ever, should a Tournament Official check video when making a ruling? Leaving what’s already been posted here for now, since it mostly relates to NYCPC, but if you want to talk about the theoretical/philosophical implications of video review, there’s your topic!

Should we be taking accountability as a viewer to step in and influence a pinball match? I feel a bit uneasy going up to/messaging a TD and going “hey, the game’s acting up” if I’m not involved in the game at all since I shouldn’t be the one influencing how a game plays out.

This happens in golf all the time. TV viewers see something and call it in.

This happens in golf all the time. TV viewers see something and call it in.

I didn’t hesitate to contact the PGA about Jon Rahm’s behavior at the PGA Championship this past weekend. Way to class up a Major Championship Jon! 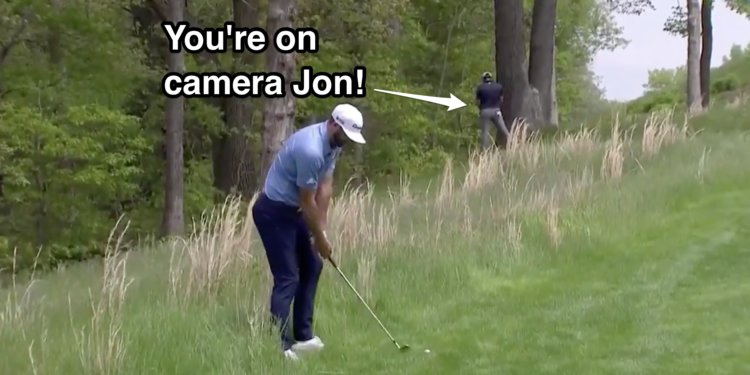 My wife doesn’t have a Tilt Forums account, but wanted me to pass this along . . .

“NO. LEAVE MY HUSBAND ALONE. BOOM.”

Never have I ever helped with a ruling over the phone while changing a diaper . . . DRINK!

C’mon man, that’s what speakerphone is for… multitask!

Any situation which indicates the presence of a beneficial malfunction should be brought to the attention of the scorekeeper promptly, who will alert tournament officials. Any player who intentionally takes advantage of a significant beneficial malfunction may be given a warning and/or have his or her affected entry interrupted and disqualified by tournament officials.

The rule here is worded a little funny, as if it applies to qualifying game situations. But anyway this rule doesn’t say who should bring it to the attention of the scorekeeper. I guess we can read it as anyone who notices a beneficial malfunction should report it. But like the wording of the playing-out-of-turn rule there is no penalty specified if an observing player doesn’t report the malfunction or doesn’t report it promptly.

A similar situation came up in a local tournament I was in recently where no one reported the malfunction until after the game, so I’ve thought about how to interpret this rule. As an analogy from computer programming, if you don’t follow the rules specified in a programming language you can end up with undefined behavior. If you don’t report a malfunction promptly when it’s first noticed (as the rule specifies) then you end up with undefined behavior from the TD meaning the TD could make a seemingly good, bad, fair or unfair decision later.

If this malfunction in Rolling Stones had been reported earlier then the game may have been pulled before the end, then no one would be debating who deserved to win or lose or whether it was the correct decision.

Or another way to look at it is as a player if I see some malfunction happen when someone else is playing but choose not to report it to a TD, then proceed to play out my game I don’t feel like I can complain later about any decision made. If I blow the game up or whatever, it doesn’t matter. After I choose to not report the problem I’m playing a game that may get thrown out.

I get the feeling that the players in this game wanted to play that game, so maybe human nature was to just ignore any minor malfunctions that were noticed and just hope that the game behaved well enough to finish the game. It turns out the malfunctions seemed to get more significant near the end on ball 3, at which point the malfunctions were reported.

I think the ruling to void the game was acceptable, otherwise it sets the precedent that players can just choose to not report malfunctions and hope the game finishes before a TD finds out. Conversely, we don’t want players waiting to see the outcome of a game before reporting problems, so TDs shouldn’t always void a game in this situation.

It doesn’t happen in golf all the time…anymore: 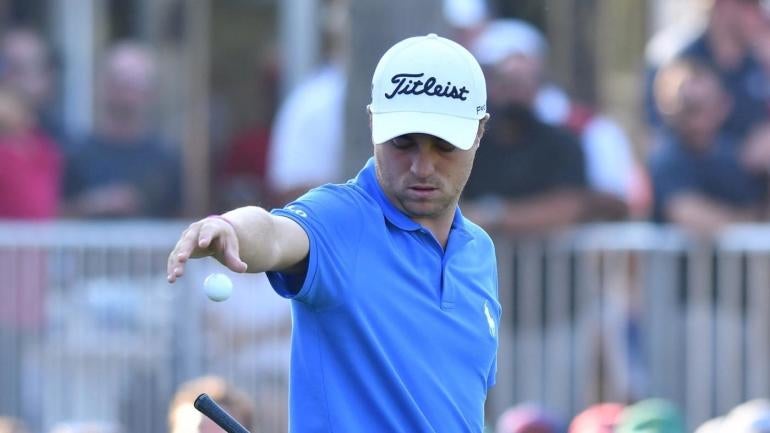 Thanks for the nancy shout out made her day!

On her birthday no less! (Yesterday)

My unsolicited and uneducated opinion upon re-watching this sequence is that Tim absolutely made the right call. The malfunctions dramatically altered the standings - at the very least, there’s no Jerry Ball without the crazy points being added along with the malfunctioning multiball. I believe Ray also got some crazy points this way.

The problem I saw is that nobody noticed the severity of the malfunctions in real time. It may be necessary in the future - at least in Final 4s - to have a spotter watching the game on an in-hall screen with authority to let the TDs know when something funky is going on. Even in the booth it was only noticed that a “free super skill” had been awarded, not that in fact like 10 record and Licks hits were awarded in a matter of seconds. It’s going to be tough for commentators to notice and report this stuff, they are focused on their job. Which isn’t that. And depending on players to notice and report this stuff is always dodgy, as they may not notice, and even if they do, rules are extremely vague about their responsibility in reporting it (I think if they don’t “know” it’s malfunctioning they don’t need to report it?," and regardless, they may not be eager to speak up.

A preventitive measure to decrease the likelihood of at least part of that from happening again would be to reseat all the opto connectors on the terrible SAM opto boards before the event. They don’t snap/ latch into place, they just slide on. Vibration and gravity makes phantom switch hits inevitable eventually. Soldering the wires directly to the header pins would solve the problem for good.

Those flaky opto boards are fun when playing on location. WOF (easy GC score) and ST (huge points from warp ramp) can be especially profitable when the connectors go bad.

It may be necessary in the future - at least in Final 4s - to have a spotter watching the game on an in-hall screen with authority to let the TDs know when something funky is going on.

I love this idea. It gets closer to the concept of impartial referees for competitive pinball, an idea I support.

And depending on players to notice and report this stuff is always dodgy, as they may not notice, and even if they do, rules are extremely vague about their responsibility in reporting it

Absolutely correct. I know as a player, I am rarely looking at the display when I play, since I’m concentrating on making shots and planning my next move. Expecting players to notice this sort of thing is unrealistic IMO. It’s even more unrealistic if the player is unfamiliar with the machine in question.

It may be necessary in the future - at least in Final 4s - to have a spotter watching the game on an in-hall screen with authority to let the TDs know when something funky is going on.

We’ll always have an official following matches as often as possible. You’ll usually see a dejected Sharpe in the background of most streams in the later IFPA WC rounds watching a match intently … 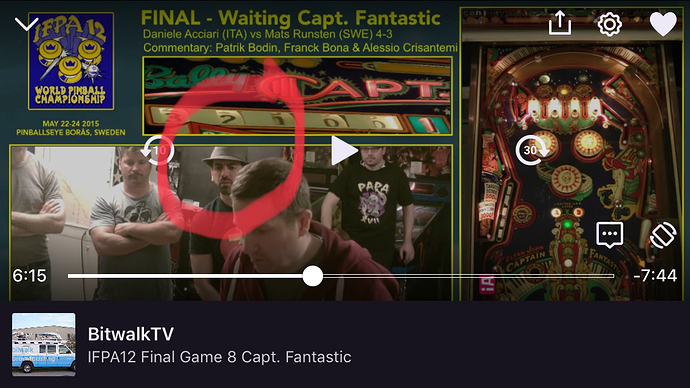 What Zach is really thinking about is how he can’t believe he lost to Michael Trepp. Maybe I should have picked different machines. At least my face makes it look like I’m semi interested in this Captain game …