What do you notice observing non-players playing pinball?

We all know that, for any group of fans to stay stable, there has to be fresh blood coming in to displace the people who leave, but I’m seeing something of a grinding frustration whenever I see curious non-players step up to pinball machines. Now, people-watching is something I like to do. That is, I like spectating in general. Watching people play pinball is no exception, and heading out to locations with a lot of people unfamiliar with pinball try them out like 82, Casa de Carlos, Family Amusement Corporation, Neon Retro Arcade, or the Orange County Ice Palaces, these are the things I have noticed people frequently do:

(For this, I’m not referring infrequent players, casual players, or unskilled players. I’m talking about people for whom this may be their first time playing pinball ever.)

Oddly, I almost never see someone push both flipper buttons at once unless they’re small children. I guess the idea that it could be harmful has become common knowledge. This practice is played for laughs in the Gravity Falls episode “Bottomless Pit!,” where Soos repeatedly mashes both buttons simultaneously and immediately gets a center drain. 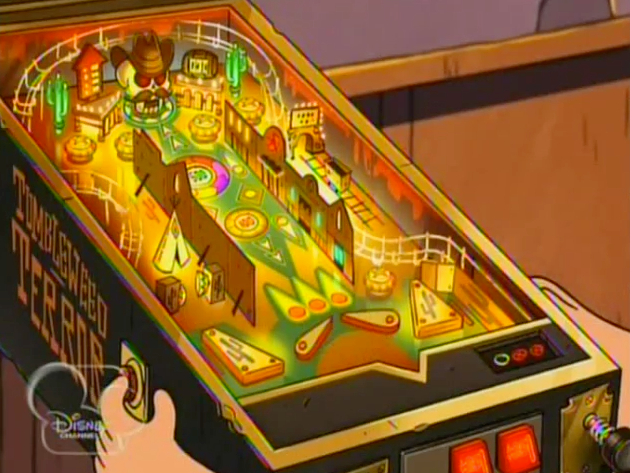 In any case, I feel like knowing habits of complete beginners should be valuable in figuring out how to get these beginners into pinball. As it stands, because they are too focused on not losing and lack of familiarity with pinball’s idiosyncracies, pinball can be quite impenetrable to them. And I would know–I did not really get into pinball until late 2013, when I did many of those things myself. Then, I educated myself on how pinball is currently like, and I learned about match replays and cradling and such. But I know most people will not go that far and will have a hard time shedding assumptions and misconceptions about pinball bred into popular culture.

I also feel that observing beginners is something designers should do too, both playfield and rules. After all, in every field, the product should adapt to its consumers, not the other way around. Maybe there can be a breakout hit if someone designs a machine that can conform to beginners’ expectations while teaching them about how modern pinball is like while still keeping it appealing to experienced players. The Addams Family pulled that off (and it didn’t need a “casual mode”). I think it can happen again.

No amount of giant letters on the DMD, flashing, or callouts will make them understand a ball save. You have to “Hey, it gave back your ball!” while watching out of the corner of your eye just like you have to “Hey, you won a free game!”.

Oh yeah I’ve had that and had to tell people too! Unlike the match game, where they’re pleasantly surprised, these are more surprised surprised.

Cool topic, thanks. A thing I’ve noticed is that people frequently have problems figuring out how to even start a game after putting in a coin. More than once I’ve seen people at a local bowling alley standing around dumbfounded, pressing the flipper buttons and wondering why nothing’s happening. Those were mostly children, and it’s a pretty sad thought that they would have just walked away frustrated, pondering the loss of their valuable coin, if no one had been around to educate them in the lost art of starting a game of pinball.

I’ve always hated autoplunge, and I’ve been sceptical of the “do some special routine to not start the game in casual mode” thing I’ve read over at the GoT thread, but come to think of it, I actually like that idea. If you’ve played frequently enough to actually look at the DMD, you’ll figure what to do to get the best experience, but if this is your first foray into pinball, why make things difficult.

Another thing I’ve noticed is that first-timers will play one game, and one game only. There isn’t any “I almost got that really cool thing, let’s try again” motivation if you don’t know what’s going on. As you said, mutliball is hard to miss and can be a good motivator if the player can actually figure out that it started because of something they did, but it’s hard to think of any other positive feedback first-timers will notice (apart from redemption, that is).

Figuring out that the multiball wasn’t just some random lucky break, though, can be hard, too. I think physical ball locks with the locked ball actually being visible on the playfield can help a great deal there.

Figuring out that the multiball wasn’t just some random lucky break, though, can be hard, too. I think physical ball locks with the locked ball actually being visible on the playfield can help a great deal there.

Except for the people who think that the ball is stuck, not realizing that there’s another one in the shooter lane! sigh

Except for the people who think that the ball is stuck, not realizing that there’s another one in the shooter lane! sigh

Very true. Of course, that’s more of an issue with older machines most first-timers won’t come across in the wild, but ideally, a by default casual mode would just plunge the next ball immediately after a physical ball lock, so there can be a bit of “whoa, I’ve got two balls now, but wait, my main ball is stuck up there now, what do I do to get it out again”. I think those are the things that make people start looking for clues about what’s going on.

We always see people putting in like a $5 or $2 on a machine and then play a single one player game. We always tell people they can play multiplayer and most of the time people have no idea that’s a thing. EJW here is also super helpful to give people tips etc although I think some people are like “dude, we’re on a date, don’t show me up!”

We always see people putting in like a $5 or $2 on a machine and then play a single one player game.

We call that “free pinball night” around these parts.

I operate the pins at a barcade that gets a lot of 20 and 30 somethings. Here is what I see:

Until 3 years ago, I had never seen a great player play. Whenever you can, take the opportunity to show someone what is possible. It literally blows people’s minds.

I was talking through a game of Tron…and worked all the way to Sea of Simulation with a group of people watching and listening. Then I told them, okay, I need to shoot the gem shot next (only shot lit, nothing else to do in SOS). I hit Quorra with the right flipper, and hit Gem with the upper left. People gasped. In retrospect, I’m a little disappointed that it was so amazing to them after I had just intentionally played through every mode in the game to reach SOS.

Pinball is difficult, and not friendly to newbies. Whenever you can try to get someone hooked, do it. I’ve found that talking through as you play a game for them is more enlightening than trying to tell someone what to do. (Although I still worry a little bit that doing too well is intimidating, rather than encouraging).

Then I told them, okay, I need to shoot the gem shot next (only shot lit, nothing else to do in SOS). I hit Quorra with the right flipper, and hit Gem with the upper left. People gasped. In retrospect, I’m a little disappointed that it was so amazing to them after I had just intentionally played through every mode in the game to reach SOS.

To be fair, I would have gasped, too. Calling a Gem shot and then actually doing it first try is badass.

The pins are in a separate room, way in the back. People walk in: “Oh my god! This is AWESOME. Addams Family, Lord of the Rings, etc”. Then they turn around and leave without playing.

Haha, this one is definitely my favorite.

I play regularly at a location with lots of young kids and they make all the same mistakes. So it’s not a generational thing, it’s a noob thing. The best you can do is to help them along. I won’t push the start button for them, but I will say ‘Push that flashing yellow button’ while pointing at it. They learn.

When I had games at the pizza parlor, after cleaning, I would look around for kids with no quarters. If I found some, I’d usually give them a few games. The only comment I would say is to take turns. Young boys often don’t want to take turns with their even younger sisters and brothers. Go figure. I also tell them to take turns when I give away leftover credits at other locations. That’s the only rule.

Strategy-wise, if given the opportunity, my first advice is one flip at a time. When they have that down, then I’ll tell them to shoot the flashing lights. People of all ages catch on quickly. That’s the beauty of pinball. You can learn and be a respectable player at it from when you’re old enough to see over the lockdown bar until you’re old enough to collect SS. Give them a few clues and if they’re inclined, they can usually run with it.

I always try to get people on dates to play split flipper if I end up chatting with them. Especially if they’re so new they flip both at once. Hard to articulate why it’s not a good idea. When you drain, you know whose fault it is.

I play at Lanes & Games a ton. I usually play in the morning because it’s not as crowded, but there’s a lot of younger kids there in the afternoon. Some things I’ve noticed are:

Yeah, I’ve seen a bunch of these at the arcade of my local mini golf place (only place in town with 10 pins). I often get a few bucks in free games, as someone left the machine not realizing they still had a credit or ball.

(NO, I didn’t watch them leave and steal their game! I enter the arcade, finding a lonely machine with credits!

If I ever had the opportunity to stock pins in a public place I’d do as much as I could to get people interested in playing them. Powerpoint presentations offering the most basic rules of a game (Metallica: Bash Sparky 5 times to start multiball, etc.) Cool posters offering the most basic tips on playing, such as simply trying to catch the ball so you can aim shots.

Then you hopefully get people drinking their beers, chatting with friends, glancing at these things on the walls and they start thinking about playing a few games to try them out.

I really like the idea of a poster with very basic tips for just one game. So simple, yet I bet it could make a big difference.

I like that idea. I’m going to try with Game of Thrones.

In a week or two I and a friend will start operating six pinball machines, in a small city (Trondheim, Norway) where there has been practically zero pins on location the last 15 years or so. So naturally, I expect our player base to be absolutely and completely clueless. This thread has already been immensely useful in preparing us for what we should do to help people get started. I just wanted to say thanks, and I will update the thread if we notice any other “interesting” behavior.