Want to help with the Papa Scoring Software?

As you might know, new scoring software debuted PAPA 20 this year. This new software (officially named the PAPA Scoring Software ) offered many new features for both players,scorekeepers, desk workers, and the tournament runners. So far the feedback on the software has been mostly positive, with a lot of constructive suggestions for improvements.

Once the software went live (and was used by actual deskworkers,scorekeepers, and players) we quickly discovered a nice list of bugs with the software. In addition to the bugs, there is also a list of feature requests from both players and PAPA. A fair amount of work is needed.

So, I’m asking for help.

…then I’d like to hear from you! Please post in this thread letting me know if you are interested. Even if you don’t have much time to dedicate to this project, there are plenty of smaller tasks that can be done.

For those who interested in the current state of the code, it’s available here : https://github.com/AitonGoldman/PapaScoringSoftware

A walk through of the code that (tries) to step you through the basic components of the software is here : https://github.com/AitonGoldman/PapaScoringSoftware/blob/master/CONTRIBUTING.md

If you do look at the code, I have to warn you : The closer I got to deadlines, the more spaghetti like the code got. If you look at a chunk of code and it doesn’t make a lot of sense, odds are good it’s not you - it’s the code.

Hey there: my friend referred me to this post: I have AngularJS and Python experience and would like to help.

I will check out the codebase now, let me know if you have some idea of priority of bugs / feature requests, otherwise I can just fork and start poking around.

I will check out the codebase now, let me know if you have some idea of priority of bugs / feature requests, otherwise I can just fork and start poking around.

GREAT! I will DM you with the priorities.

As you know, I’m glad to help, Aiton.

As you know, I’m glad to help, Aiton.

Can’t help with the software as I’m a hardware guy, but I do have a question. How many characters does the software currently allow for the player’s name? If it doesn’t already, I would suggest that the software allow for at least 34 characters. This would allow for players with longer names, like…

We need more nicknames in the sport. d;^)

So I have been out of the web programming game for four years. Just goes to show how fast shit moves. AngularJS?! Web programming in Python?! man the kids are into weird shit these days.

If you ever need PHP or .NET MVC help give me a ping

My frontend-fu is quite weak, so I’ll stay away from the JS, but look forward to digging into the backend a bit.

If you ever need PHP or .NET MVC help give me a ping

https://github.com/haugstrup/TournamentUtils could really need some test coverage now that @jrb has left me

Hey now, I have enough partially-complete pull requests to share with everyone.

just goes to show you again how things change. Back in PHP 5 in my day I don’t think there were unit test frameworks? could be wrong. Testing is my worst skill

Oh also if anyone is interested, I did write a C# wrapper for IPDB and IFPA data. probably way off topic, sorry to steal your thunder asg! 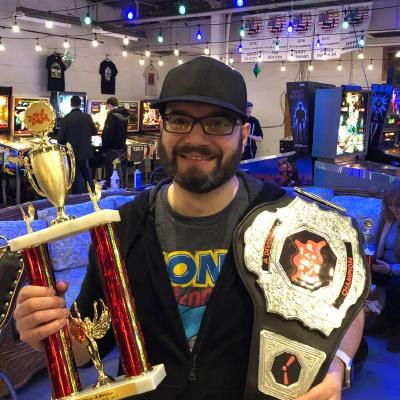 Personally I’m trying to get caught up to speed in Angular (particularly 2.0), but I’ve got a good amount of Python under my belt.

Django was actually exactly what got me into web programming to start with.

If there’s anyone here with Visual Design / IxD expertise that wants to team up here, DM me. I’ve offered to help out with Ux but I’m not they guy to be doing iconography or CSS.

I have lots of python experience but no Angular experience. I’m mainly backend if you need help with that.

I am willing to help out, I am a C#, Python, Perl, MSQL Database developer… I actually wrote a system that took the Pinball Tournmanet Software by lefkoff and formatted the data and uploaded to large LED scoreboards ( prior to DTM )

No coding skills, but if you need people to test the software and document bugs/fixes, I can pitch in.

No coding skills, but if you need people test the software and document bugs/fixes, I can pitch in.

That kind of help would be GREATLY appreciated. Right now, the automated testing on the frontend side is non-existent so I will definitely be in touch when testing is needed.