Stealing this from Ben Granger, who recently helped deliver a Ghostbusters to Ernie Hudson. Ernie also has a Congo, because he did voice work in both games.

What other celebrities have done voice work in multiple pinball machines? Has anyone done it more than twice? I mean more than just having voice clips culled.

These came to mind:

John Rhys-Davies: Indiana Jones and Lord of the Rings
Tim Curry: The Shadow and Congo

There’s others whose likeness have appeared more than once (Ian McKellen has 3), but what about voice work?

Elvira (Cassandra Peterson) for EatPM and Scared Stiff (and presumably Elvira 3 in the future?).

My favorite 2-gamer, although I don’t think it’s voice work in the second one, is Sylvester McCoy for Doctor Who and The Hobbit.

Is Brendon Small a celebrity?

Did Pat Lawlor put his voice in anything besides Funhouse?

Bill Paxton - Alien and Bill Paxton Pinball. (Admittedly, I’m not sure he knows about either and one game is a one off.)

Bill Paxton - Alien and Bill Paxton Pinball. (Admittedly, I’m not sure he knows about either and one game is a one off.)

… and in both games, he didn’t provide any special voice work. 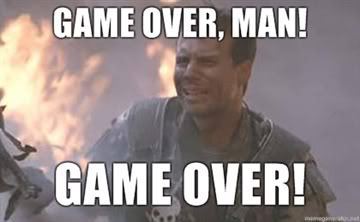 Stephanie Rogers is in Black Knight 2000 and The Machine: Bride of Pinbot (and BOP 2.0).

Stephanie Rogers is in Black Knight 2000 and The Machine: Bride of Pinbot (and BOP 2.0).

If we’re going this direction, it’s going to end up a battle between Steve Ritchie, Fred Young, and Tim Kitzrow

Same voice in F14, Big Guns, and swords of Fury. Is that Ritchie too?

IPDB says it’s Ritchie in Big Guns, and that it’s he and Mark Ritchie on F-14 Tomcat. No idea about Swords, but that would make a ton of sense.

The list of custom voice work from (“famous”) actors is very low in general, so more than 2 would be very unusual. The duals that I can think of offhand have already been mentioned (no custom work from Sylvester McCoy, sadly, but good catch on him joining the two-pin club (even if just “grabbed from source” multiple pins is still fairly unusual) - I pointed this out awhile ago, perhaps on a pinside thread).

The # actors with non-custom work goes pretty high… Again this was on a pinside thread I think, but Harrison Ford I believe is the leader with 5 (should be obvious which 5). Number two is much less obvious with 4.

Good work if you knew that whole answer on your own.

Did Pat Lawlor put his voice in anything besides Funhouse?

Pat hasn’t done any voice work AFAIK other than in DI. Certainly not FunHouse.

The Skull (from No Fear) does some voice calls on ACDC which I have always found a little disturbing.

At my pinball spot I have deliberately place Who Dunnit and Junk Yard side-by-side. Let’s confuse people, shall we.

For non-custom non-tied-to-the-theme-actor recordings, the winner has to be who ever modelled for the speech chip used on the Bally Squark&Talk board.

Or, I wonder if some speech snippets was heavily reused on the Data East/Sega games. Like “Freeeeze”.

Pat hasn’t done any voice work AFAIK other than in DI. Certainly not FunHouse.

Oh shoot I’m probably mis-remembering who the voice of Rudy is then. I’ll have to go listen to that interview again.

The voice of Rudy is Ed Boon, the lead designer of Mortal Kombat.