We’ve had a couple stray posts here and there about Pinball FX/Zen Pinball and The Pinball Arcade/Stern Pinball Arcade, but I thought it might be cool to have a whole post discussing the various video pinball games out there.

Yes, nothing can quite replicate the real thing- but remember that for a lot of people across the world this might be the only pinball they have access to. The only games on Pinball Map nearby might be one with a busted flipper and a bunch of unresponsive switches a three hour drive away.

Video Pinball tends to be split among two possible paths - one is games which attempt to replicate the feel of authentic pins (either making up brand new games or in the case of Pinball Arcade, recreating existing ones) or creating fantastical pinball worlds which would generally be impossible.

This list at the top here is by no means definitive. These are just three that I think represent a prominence, and in the case of the first two - they’re actively updated monthly.

Aka Zen Pinball on the Playstation, Pinball FX has been around since 2010 and has gone through a few different incarnations. The latest is Pinball FX3 which has a high emphasis on competitive play as well as “leveling up” features on the playfield to make them worth more points. You can turn this off- but it gives a little extra sense of gamey progression if you’re not taking these games seriously. Also, this has my favorite lighting model of any video pinball game ever.

The games are all original to Pinball FX and are mostly licensed with a ton of Marvel, Star Wars, and TV properties. They also do some of their own original themes as well.

Pinball FX2 has a VR headset version, and it’s super cool. If you ever have a pal with one of those expensive headsets its worth checking out.

The Pinball Arcade has been around since 2012 and releases a new table every month. They’ve hit just about every non-licensed beloved Williams/Bally 90s game you can think of, and managed to somehow get the rights to The Addams Family and some other hot properties. As TPA has progressed, we’re entering a bit of a weird wilderness of less requested and beloved games, including some funky Premier games, Alvin G games, and a handful of great EM games.

In the mid to late 90s, Cunning Developments designed four original pins (The Web, Timeshock, Big Race USA, and Fantastic Journey) and paired them with a great physics engine and some awesome prerendered graphics.

Frankly. these games are some of my favorite video pinball originals. The rules for these games are all pretty interesting, and appropriately deep. The four games have a real sense of authenticity that other video pins lack. They - generally - have the feel of something you wouldn’t be surprised to find in an arcade. There’s a remastered super high res version of Timeshock out there, and I think they wanted to bring back the other three, but I don’t think Timeshock sold particularly well so I think that’s put to bed.

Even older there’s the Amiga classic Pinball Fantasies and its sequels, Epic Pinball which just was rereleased on GOG, console games such as Sonic Spinball, Devil’s Crush, Kruball (with a memorable soundtrack done by the guy who did the BK2K music), various Nintendo property pinballs (Metroid, Pokemon, and Mario).

Any favorites? Or any favorite recent tables from PFX3 or TPA? I also didn’t bring up any of the great mobile games that people dig, what should people grab for when they’re bored sitting in a waiting room?

I played hundreds of hours of Pokemon pinball when I was a kid. It’s still pretty fun.

I’ve gotten out of playing the PC games primarily because stuff that should be super easy in real life like a rail slap or assisted rolling pass are basically impossible and I get pretty frustrated by drains I know I could prevent in real life.

The grandma of all the home versions. 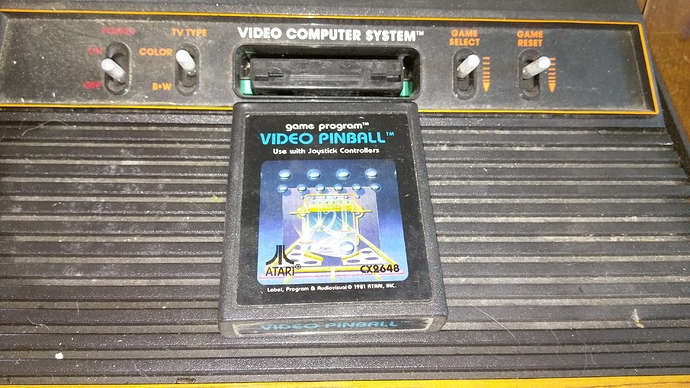 And here’s the great-grandma 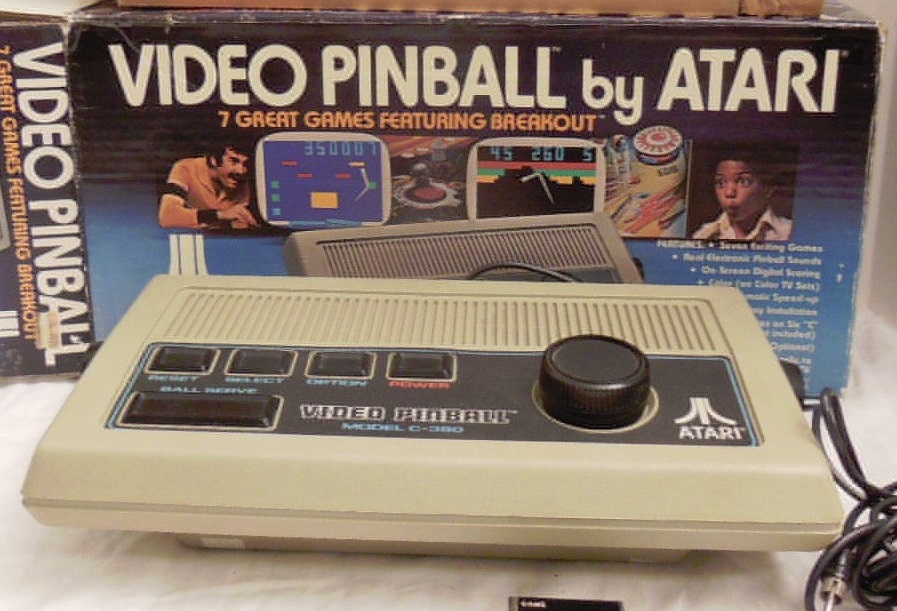 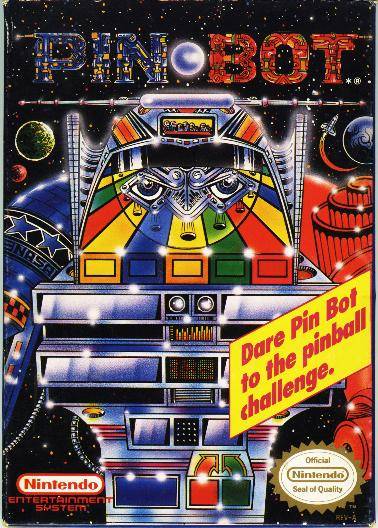 I have dear childhood memories of these C64 babies.

There were a few others too. But these were the ones with long lasting playabillity.

Notice how the first one is a seldom usage of hires/single colour. Also I later (much later) came to realise, that the latter is inspired by Black Knight.

Both have adopted the up to four player option. Cute. 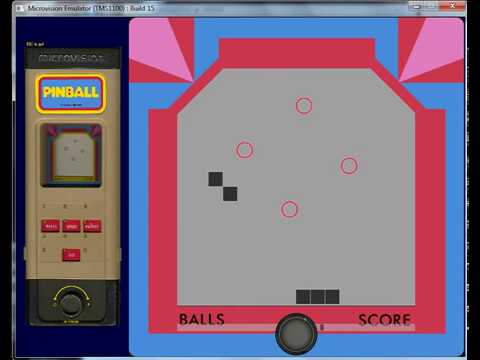 If this is where we’re going… please let’s not forget Pinball Construction Set. So many happy hours spent futzing with playfield designs… 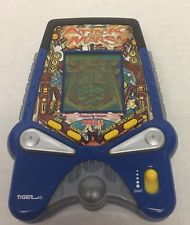 Pinball Quest is a pretty cool NES game. It’s sort of a pinball role playing game where you defeat enemies with a ball and upgrade your flippers as the game progresses. 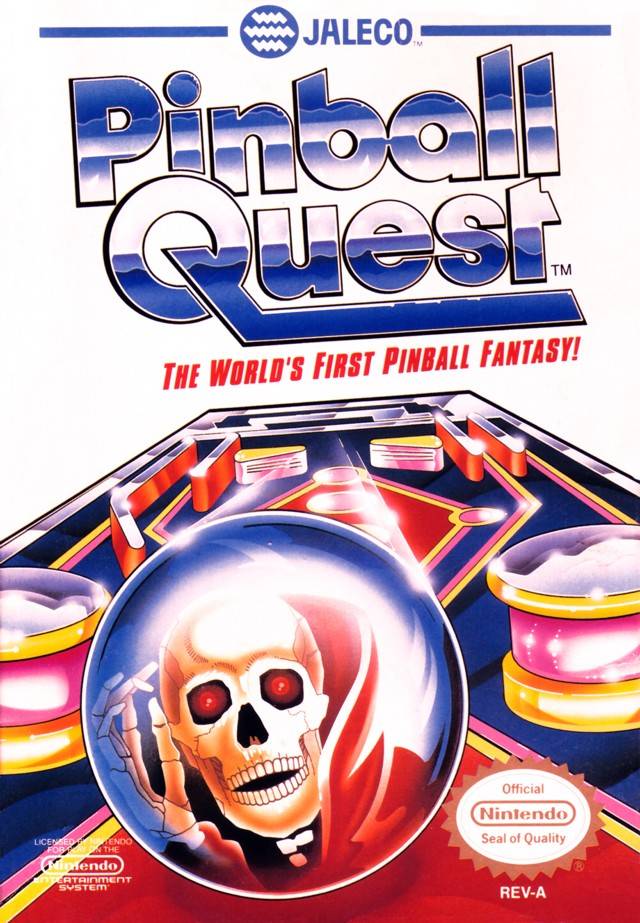 I have always liked TPA for killing time and learning rules.

I have been having fun with FX3. The leveling system motivates play somewhat. I have been playing through the bethesda pack. I am a long time fallout fan, so I enjoy that table, even if it is not my favourite geometry. I really like how they have moved more toward physical things on the table. The enemies are standup targets on tracks instead of 3d models running around. Of course they still do interesting things you can only do in a video game.

Skyrim I am mixed on. Having to manage equipment is awkward and strange. And the progressive nature (carry over game to game) is interesting.

I also moderatly enjoyed FXVR on PSVR. It really helps to be able to look around. But resolution is too low to be good (general problem with PSVR).

I haven’t touched any video pinball in years, but I played A TON of it growing up.

I would bring this game with me everywhere. Looks really fun, right? Maximizing that screen to device ratio! 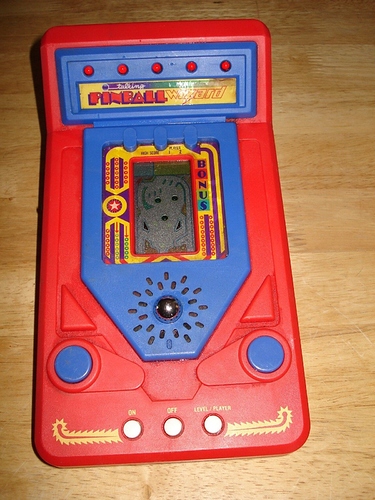 Here I am playing it around age 9 or 10 with another unidentified handheld physical pinball at my side. 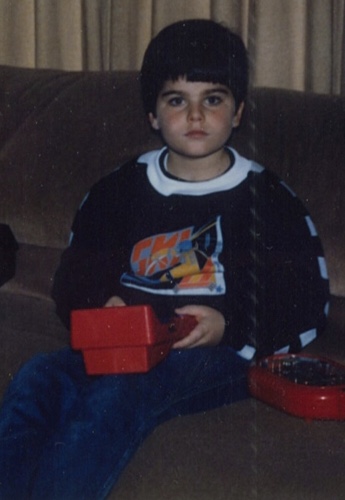 The next big obsession was Pinbot on NES. I played it so much, having no idea it was an actual machine which totally blew my mind when I first saw one in the wild! Here’s a scan from a 1991 issue of Nintendo Power with a high score I submitted. 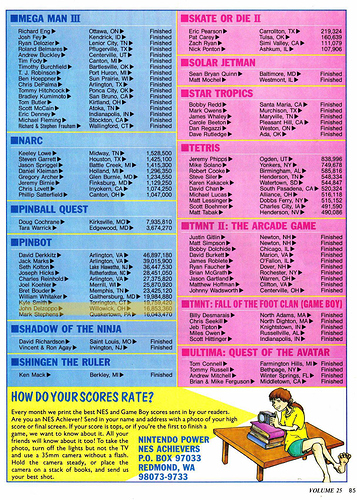 I was CRUSHED to see my score near the bottom of the list when it came out and made it my goal to put up a score that no one could touch. I figured out that the longer you stayed in the first stage you could press for points without having to deal with the enemies and attacks on the later levels. When I got a score I was happy with and managed to get my mom to take a photo and have it developed, I submitted it and checked every month, but by then they had stopped running Pinbot scores. Sad trombone.

Haha. This is great. Thanks for sharing.

I was spellbound by Pinball Construction Set. We had it for our PCJr. I happily made and played pinball games with that for hours and hours. To be honest, I’m surprised that I didn’t list it in the first post.

Let’s also remember the fact that it had an incredibly rad cover: 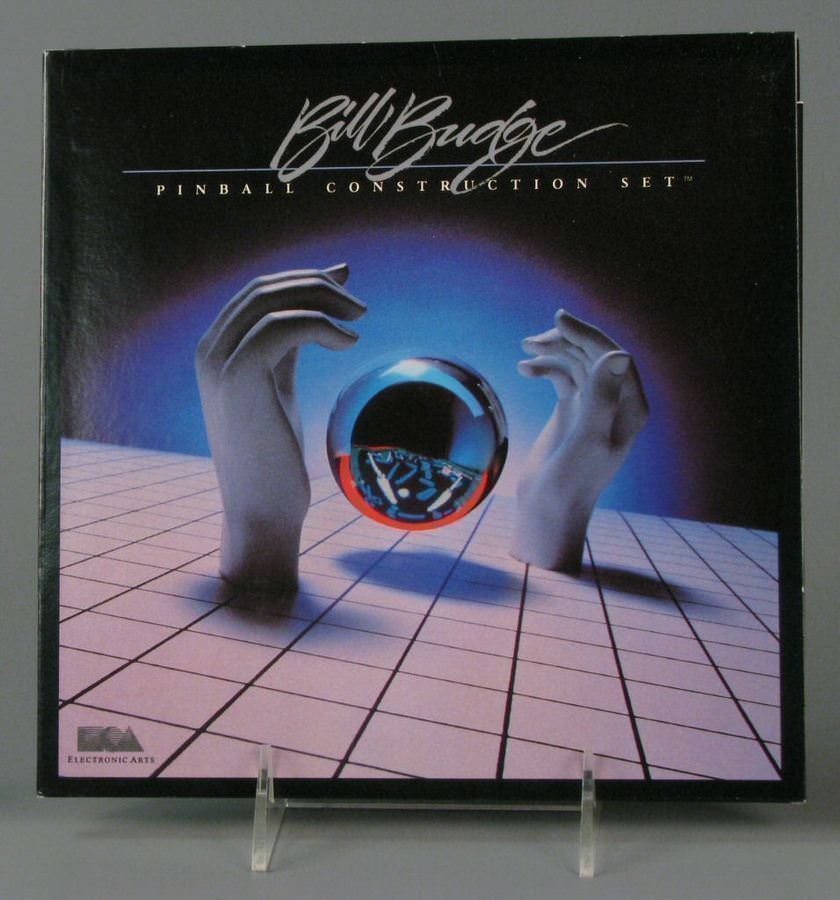 This was the early era of EA, where they really leaned on the “Artists” part of their name, and tried to give their first run of games record-style covers with really trippy art and an emphasis on the programmer who did it.

“Rock ‘N’ Ball” on the NES was my video pinball of choice when I was a kid. Had a variety of different tables including a two player head-to-head battle table in the style of Joust. Highly recommend it!

More recently I discovered “Flipnic” for the Playstation 2 which is a trippy Japanese pinball game where each stage features a variety of interesting challenges to overcome in order to unlock the next level (one stage features a vertical climb in the style of Banzai Run!) Great sound and visual effects but is ultimately hamstrung by a significant delay between controller input and flipper reaction. Still worth a play IMO.

I’ve also had my eye on an upcoming game called “Demon’s Tilt” which is a pinball / shoot em’ up hybrid in the spirit of old video pinball titles like “Devil’s Crush”. Looks very promising; check out the teaser trailer here: https://www.youtube.com/watch?v=gKmtFqr0B8M