We were kind-of all over the place, in a good way.

Glad to be back.

The following will be available later today:

Listen to TILT THRU episodes free, on demand. Long format rambles about Pinball with some pros. Listen to over 65,000+ radio shows, podcasts and live radio stations for free on your iPhone, iPad, Android and PC. Discover the best of news,... 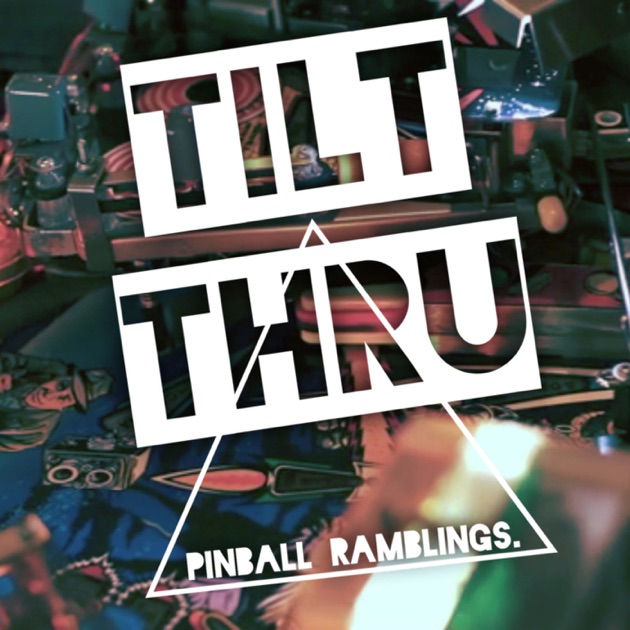 TILT THRU by deadflipinfo@gmail.com (TILT THRU) on Apple Podcasts

Download past episodes or subscribe to future episodes of TILT THRU by deadflipinfo@gmail.com (TILT THRU) for free.

Glad to have you back! Your podcast always makes the drive to and from work much more enjoyable

Thanks for listening!
It was fun getting back into it!

So after having listened to this episode and hearing the casual mention of ‘Pinburgh West’; it seems what we need is a mass invasion of tech help at the Museum of Pinball to get the games up to snuff and then on the opposite side of the year from Pinburgh you could have Pinbanning.

… they might also need to build some new hotels in Banning, in that case

Admittedly, I don’t know the area … but did that ever stop PAPA at the HQ?

Edit: Looks like there’s about 9 places within 10 minutes along Interstate 10. Wouldn’t be all on foot like Pittsburgh, but it’s not awful – if the MoP has enough parking. (Does it?)

Being there helping out with INDISC for a week I can’t really see a Pinburgh format out there but they could for sure pull off a PAPA World Championship. They use the same tournament format and would have to just expand to more divisions. Less machines to get tournament ready and a nice free play area to go along with that show. My two cents for whatever they are worth.

I think a Pinburgh format would be great at the museum but it would have to be on a smaller scale.

Honestly, I think Banning would run into the same issues where they could not meet the demand like what happens in Pinburgh if they tried to do a large scale Pinburgh West. Not to mention is ruins the mystic of what makes Pinburgh so great if it is done on large scale. There is already a satellite circuit event that does Pinburgh format, Cactus Jack’s Silverball Showdown. My hope would be that they would expand the current format that is already very similar to a PAPA World Championship and offer three classics tournaments and 5 divisions of play. Pittsburgh already has Pinburgh and the Pittsburgh Open as circuit events why have a third there. Spread the love around the country and give Western US a major.

I agree with you really… but I don’t think having a Cactus Jack’s-ish (or slightly larger) sized event at the museum ruins the mystique of Pinburgh at all. A bigger problem will be finding dates that work and dealing with the logistics of having enough games that are tournament worthy. I’m doing what I can but with only volunteer techs helping out there, it’s tough. As for changes to INDISC, that’s really up to Jim, Karl and Bob but I’m sure they’ll do what’s best for the tournament/event and next year will be as good or better.

Not to mention is ruins the mystic of what makes Pinburgh so great if it is done on large scale.

Especially when the problem is that Pinburgh currently has more mystique than it can handle.

Guess the rationale is would be like to have 20 circuits events done in a Pinburgh style? Or have all of the circuit events in the same city? Pinburgh is a World Championship with over 100K in prizing, it is well run and is truly a one of a kind event, that is what creates the mystic. You can run 1000 pinburgh events around the globe it is not going to change the demand of this event but it will change the rare occurrence of being able to play in this format. Its all good thou more pinball tournaments are better for everyone.

Not to mention is ruins the mystic of what makes Pinburgh so great if it is done on large scale.

That’s really the point I was making on the podcast, too. One can’t simultaneously put the mythos of Pinburgh on a pedestal and complain that it sells out too fast. There are certain X factors that make Pinburgh, Pinburgh, but there are also just so many high quality events out there and places that are…not Pittsburgh (I love yinz, but it’s not for me) that I think we as players can/should spread around the demand rather than forcing ReplayFX to cater to super-demand one weekend in July.

Pinburgh is a World Championship

Great . . . now there’s THREE World Championships the world has to deal with? How will anyone keep this straight?

I always assumed Pinburgh was one step greater than the “World Championship” level.

Touche, a major in the eyes of the mighty IFPA and the Largest Pinball Tournament in the world.

Touche, a major in the eyes of the mighty IFPA and the Largest Pinball Tournament in the world.

But not in the eyes of TiltForums!

I mean I guess while you’re at it…