http://feeds.feedburner.com/TheBoomGoPinballPodcast
Hello all. About 10 months ago, after doing 18 episodes on The One and Done Pinball Podcast, I decided to start my own podcast. To make life difficult for myself, and at times others, I decided to not do ANY promotion of the podcast until I had 100 episodes. Also much to the dismay of the general public I decided to have a little fun with it. Since I was keeping the podcast a ‘relative’ secret I decided to take it full force and frame the podcast around the fact that no one was supposed to be listening to it.
Well I dang near confused everyone. My concept was to have a fun pinball podcast with a twist. I work in TV/Film production and I can never do things simply. So there is a little background.
So now that I have 100 episodes where should I go from here? Who knows. I have some plans in the works for the next 100 episodes but we’ll see. For now enjoy and let me know your thoughts. One more pinball podcast to keep you pass the time and hopefully entertained.
http://feeds.feedburner.com/TheBoomGoPinballPodcast

I’ve shifted my efforts to streaming and talking pinball. Try to pick a game and a topic and have a semj- weekly chat Sunday and Wednesday at 9p Eastern.

Join in the fun.

First pass at a woz tutorial.

Tonight the most epic Pinball battle EVER!!! 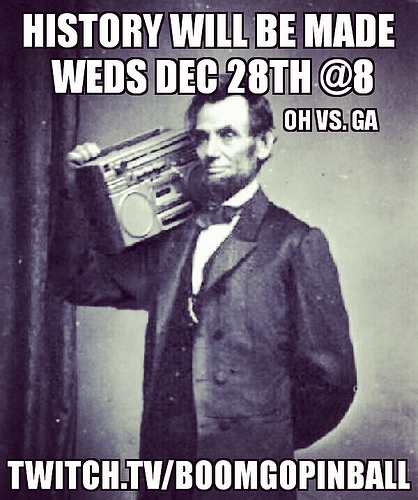 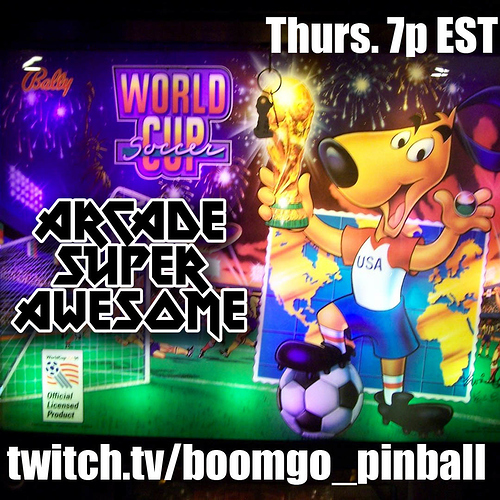 hope to see you thursday

New contenders up. Right now EATPM and GOT Pro are duking it out.

If chosen we’ll do a tutorial for tournament strategy (simple strategy for people like me that play so-so) then stream about 2 hours of league play all from Arcade Super Awesome.
vote here:

Or watch Thursdays @ 7p EST at:

Elvira and the Party Monsters Tutorial

Twilight Zone hodgepodge tutorial (the power kept going out) gives you my take on the game as a dumb-dumb. More or less my contribution to Twilight Zone learning. A little disjointed but one more approach.

Streaming Ghostbusters tonight at 7:30p EST. Little walk through for the first hour then league finals play until we are done. 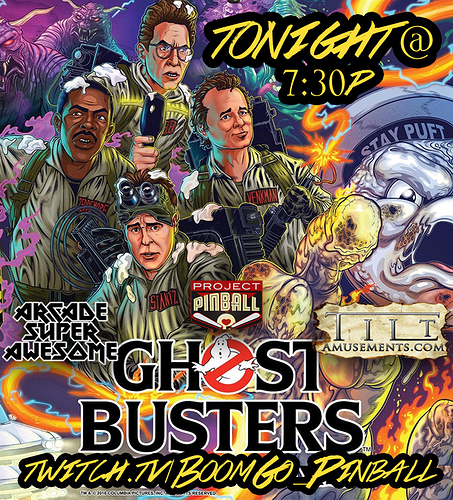 We can cover around 5 games at next week’s Arcade Super Awesome tournament. Give us an idea which ones you will be playing (if you are coming) or want to see played (if you’ll be watching). All in glorious 1080/60!! HAHAHAHA

Ok. Updated titles. Final 9. PICK 4 you will be playing or would liked streamed Saturday (March 18th from ASA)