Is the TGP guide for strikes events accurate on the IFPA website? It seems that TGP is still based off the number of strikes and players.

I was under the understanding that it was based on the majority group size of each round. Is that only for strikes formats that are fair or progressive?

Helping a friend understand TGP, so I wanted to make sure I understood first. haha

With a massive amount of help from @keefer we’ve run thousands of simulations for every player/strike level. This takes into account the number of expected 2-player, 3-player and 4-player groups per round, and grades that all appropriately.

All Strikes formats are accounted for in our guide . . .standard, fair, progressive.

Awesome. Just noticed that. I just wanted to be able to have a spot for him to check and make sure the TGP % her got was expected.

Also it appears now with it being really tough to get 100% from a strikes event, was that done to encourage adding a finals piece to a strikes event?

Also it appears now with it being really tough to get 100% from a strikes event, was that done to encourage adding a finals piece to a strikes event?

It was done to be a more accurate measurement of meaningful games played for strike events.

They were previously very over valued due to every round counting at 2x value.

One more question. Is it possible to get 100% TGP from a strikes event?

My usual response to TGP questions is,

I (well, and @pinwizj) have a spreadsheet that represents literally millions (if not 100s) of simulations. AFAIC you’re welcome to see it, but it would probably make your head hurt and you should just trust Josh’s summary.

Also, I think in some thread I posted a link to the code if anyone wants to double check. No time to look for it now.

Oh no I’m not looking at that, haha. The main thing I wanted to make sure of is that my understanding was up to date and that it was possible to get 100% TGP for strikes events since the most TGP listed is 25. But it appears that will get ya 100% so I’m good!

Absolutely possible to get to 100%, but given that 100% means 25 games played by the winner, you’re in for a long night by running something which produces 25+ two player games or at least 13 4-Player Games.

Alternatively, 4-Strike Group Strike with only 3rd getting a Strike in 3p groups with 20+ Players would also get you there.

Using the software from @keefer to spot-check a few things:

Fair Strikes, 9 Strikes, 30 Players will last anywhere from 12 to 15 rounds 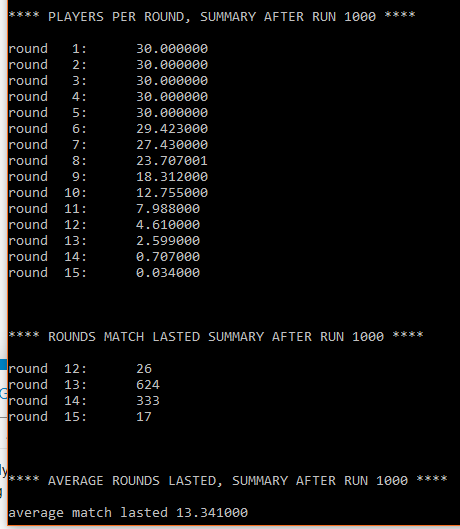 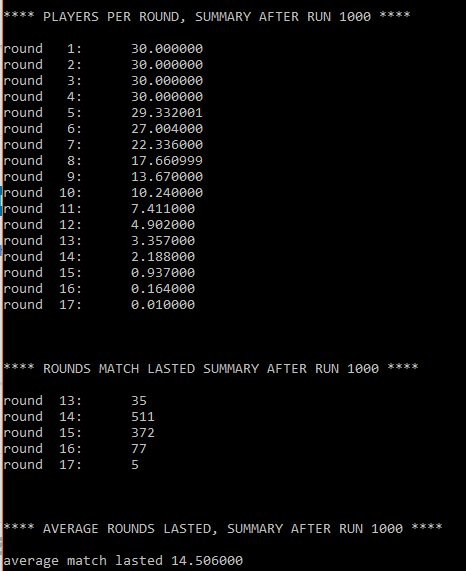 Any way you slice it, prepare for a long event.

If you don’t think the event is going to draw at least 20-ish players, you may want to consider an event with X number of rounds of Group Match Play followed by a Playoff format that adds in the required TGP to hit the magic number of 25.

I could use some help with calculating TGP for a tourney we recently held. It was a two strikes tourney, head to head, with each round being best of 3 games. We had 10 players. The results have been posted and we got 24% TGP. This does not seem correct to me.
Also, I’ve looked over the IFPA site and cannot find this exact format listed in their TGP guide section. In the past, I have used the Slapsave TGP calculator but I’ve noticed it is based on WPPR 5.2 which is outdated since we are now at WPPR 5.5.
Thanks for any assistance!

I could use some help with calculating TGP for a tourney we recently held. It was a two strikes tourney, head to head, with each round being best of 3 games. We had 10 players. The results have been posted and we got 24% TGP. This does not seem correct to me.

How many rounds were played? Multiply that by 2.5 for best of 3 matches.

I’m not sure of the comments you sent over with the results. Only @PressStart can speak to that one.

Thanks Josh! I was not the one who submitted these results. We had 6 rounds played, so that’s 15 games = 60%. I will pass that info along. Thanks again!

Thanks Josh…I was the TD in the tournament the Chris was mentioning and sent in the results. I probably made a typo or something when I submitted it, I’ve sent an email to IFPA to double-check.