Is there a time when the flippers are supposed to be disabled? Maybe a monster attack?

On the pro I’ve been playing there have been several times now when the flippers cut out. A couple times it resulted in lost balls, another time they came back in time to make a flip. I’ve played with a couple people trying to identify what’s going on but so far we haven’t been able to decide if it’s a bug or feature.

Is there a time when the flippers are supposed to be disabled?

I’ve got about 50 games in on a pro near me and the flippers have never been disabled. Seems like I’ve heard of this problem on other recent Spike games on Pinside. May be a node board issue.

How do you light the left spinner lane to collect rampage letters? I tried going back through the gameplay video but couldn’t suss it out.
Additionally
Any guesses on what the Godzilla power ups will be?

right now ADV rampage is lit when changing cities, collecting destruction jackpot or collecting ally but will likely change when the code gets further along

For defeating Saucers, can you do so during the various Multiballs? Or only during single-ball play?

Any time, as far as I know… so I’m curious about Saucer Attack Multiball and whether or not it can be stacked, then.

any ideas if ANY Mini Wizard mode is programmed yet ?
cause i finished 7 Kaijus and no Mode was available also after 5 hits of each Ramp

and why is it even possible to change city when not all 4 challenges (KAIJU, BRIDGE,TESLA and TANKS are completed ?

I think it’s six connective loops for an ally

and why is it even possible to change city when not all 4 challenges (KAIJU, BRIDGE,TESLA and TANKS are completed ?

I believe it is this way because it can be a strategic choice whether to fully destroy a city or only partially destroy it. Destroy the full city and get more opportunities to collect Destruction Jackpots, switch cities quickly and add to the Multiplier for Destruction jackpots. Im fairly certain that WHEN the Planet X Multiball (Wizard Mode) is added, you will score more points/get a bonus for more destruction while getting there.

Small exploit on 0.81 code with the premium/LE. Think I had it up to 500 million for one shot. 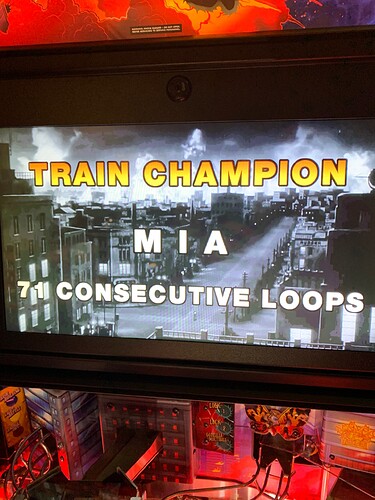 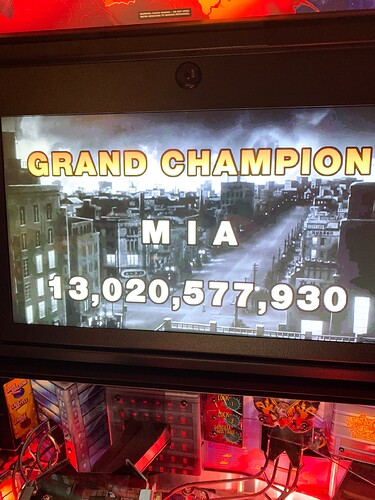 Couple of potential fixes. Force the player to hit the other ramp after a certain number of consecutive ramps or limit it to a finite time. A few times the mode almost ended but I was able to resurrect it.

Couple of potential fixes. Force the player to hit the other ramp after a certain number of consecutive ramps or limit it to a finite time. A few times the mode almost ended but I was able to resurrect it.

Imagine stacking it with Rodan. I wonder if the base increment is held after Rodan expires if you’ve kept Super Train going after it expires.

I wonder if a Destruction Jackpot Champion will be added in an upcoming revision.

It’s the new Doctor Who!

Confused with the loop wording there….on current code I started Super Train for the first time at the launch party and it lit both ramps purple, didn’t notice a loop. My locks were active on the premium so my right ramps were returning to the left flipper.

“Loop” in this regard refers to repeatedly shooting a shot, or “looping” the shot. If you’ve ever played an early 90s Data East game, the term should be familiar.

How to start saucer multi ball?

5 Saucer Attacks. I believe if you roll over the switch that exits the right spinner / tail whip lane enough times, the bumper will begin flashing to score a Saucer Attack. 5 Saucer Attacks, followed by another shot to the bumper, should begin the multiball.

Ever since the most recent code update it seems like it’s very rare that I can get into a level 2 battle. I completed Ebirah- stayed in the city and had no option to select a mode. I re-lit city and left and had to do another level 1 battle

ah, this explores why I can sometimes destroy a saucer after only a couple hits