Anyone ever get to 5 year mission on the 1.61 code? I have tried twice and both times I completed the 18 missions the game just went into a state with nothing to do but shoot vengeance modes or crash altogether. I know I have played it before but not sure which code it was.

Here’s some more evidence that there’s a problem:
https://pinside.com/pinball/forum/topic/how-much-interest-in-a-stern-star-trek-rulesinfo-doc/page/3#post-3196227 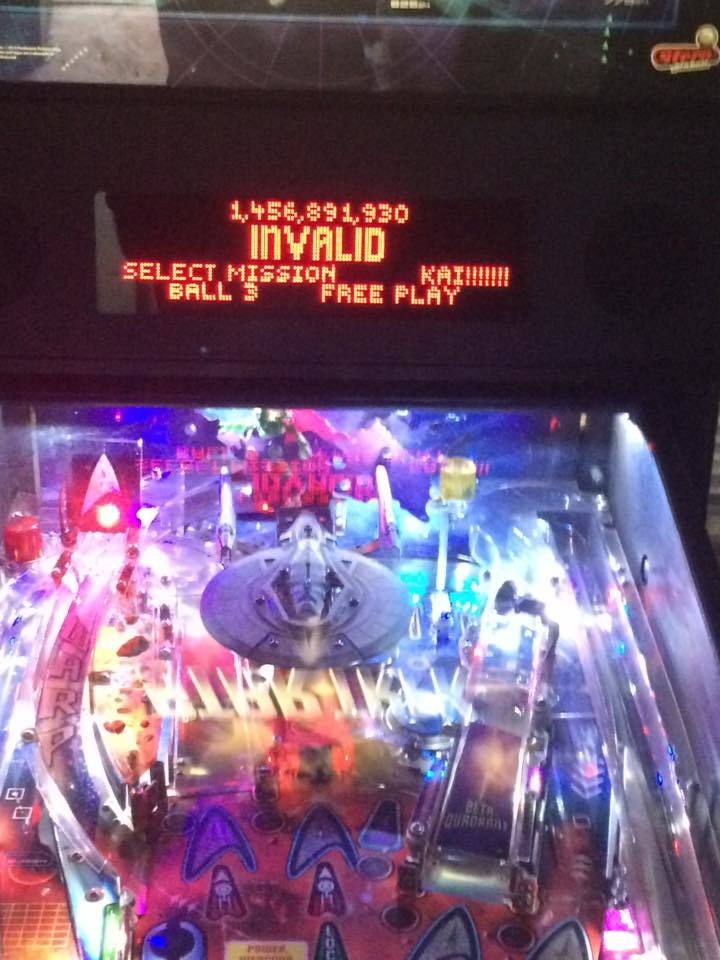 I played it again after this game and same thing happened. Weird that I was almost positive I had gotten to it before on 1.61 but maybe not.

I can try to do some glass-off testing tomorrow night if you want some backup confirmation.

Think I can do it in 15 minutes? And is getting it done with no Klingon or Vengeance MB is a reasonable test, or should I start at least one of each to be safe?

hahahah. So not only is it not programmed in anymore, but they put “Kai!!!” in as a mission??

No I did that lol. Not sure why it shows up there though.

Someone is now saying he’s started 5YM on the latest code.

I should have time to test it tonight with the glass off.

Figured it out. Playing the “three deep” strategy prevents 5YM from lighting

Read this just in time. Thanks for the update. Odds it’s going to be fixed with a new code release?

Could you tell me what is this strategy? Is it doing 3 stages of the missions first to get the 2x?

Yes, get 2x and build more medals before collecting

Ugh. So if you do even one missions set 3-deep before playing KM or EA, then 5YM is a no-go?

I’m just guessing here, but it probably only happens when you play ALL of them three deep, and then your last three modes will be mode -> Kobiyashi, mode -> Enterprise Amuck, mode -> Five Year Miss-KABOOM