Lucky for you guys the highest mountain between CHI and PGH is probably a 25 ft. Indian Mound

I blame the setup guy. A little more pitch, some wax around the up post, a new ball and we likely wouldn’t be having this conversation. An ounce of prevention…

Yeah! Call the op and give him an earful! Did he at least leave a phone number on the game??

Turns out he does! I opted for a face-to-face though, and I transcribed his response:

"God dang do I hate these picky professional pinball dorks!

Ball is brand new. Playfield is super-clean, polished, and waxed.

This was a recent addition to the location, so as is usual for me, there are still some kinks to work out. I’ve recently decided to pay more deliberate attention to setup details of my locations EMs. I want to be able to be able to offer the same quality of gameplay as I can on solid-states, and I also want to be able to preserve the gameplay as intended by the designer as much as possible. It’s obvious that there will be room for improvement until I’m a pile of dust underneath a moldy relay board.

Part of this process has been to start them all off at the only manufacturer-recommended pitch for EMs I’ve been able to find, which is 3.5. I knowwww, so floaaaaatyyyyyy. After a week or so, if it seems like gameplay might be improved, I bump it up .5 or so and observe.

I will be raising the pitch on Amigo before next league night :)" 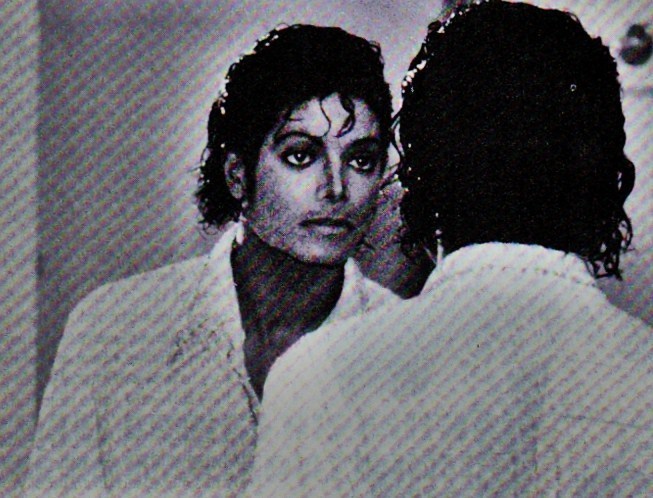 lol I bet a little more pitch will do it. Sounds like you have the rest covered. Thank you for operating games.

It frustrates me when many of these conversations could be avoided with better setup. Everyone wants to discuss the nuances of rules, but no one wants to talk about setup. Guess it’s not a sexy enough topic. Setup guys are the Maytag repairmen of pinball. We know they’re around, but nobody ever sees them or talks about them.

At least you can’t say it’s not level… I blame @BonusLord for over-accurately shooting the touch target.

I understand why there’s a lot less discussion of setups than rules. Partly it’s because the majority of players not having any control over/access to the games they play, and that’s ok. It’s part of the reason the rules have to be so complex.

I’m lucky(?) enough to finally have access to the setups for our all of our league machines, and my goal on each game is to reduce the amount the players notice or even consider the set up as much as possible. It’s definitely a challenge! But worth it when successful.

The powers at be will climb up to the top of the tallest mountain in all the land and ask the Pinball Gods for an update to the verbiage. 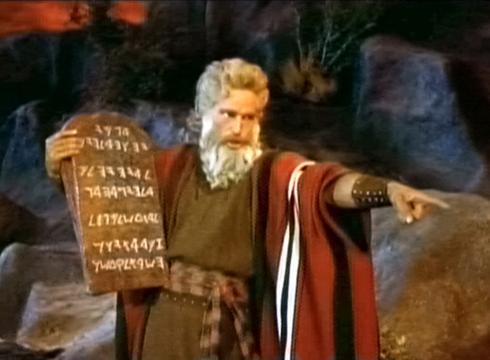 “A ball which has come to rest on top of a center post, an inlane-outlane post/guide or a lamp insert/playfield divot directly above an outlane will not be considered a stuck ball. Players may choose to free balls resting in these positions through nudging of the machine, or request that an official end the ball in play by manually placing it in the drain for center post incidents, and the outlane for inlane-outlane incidents. If an automatically-triggered kickback exists that will send the ball back into play upon draining it in the appropriate outlane, that feature will be manually triggered, and the ball will be treated as a stuck ball from that point and placed on a flipper or other suitable location. Player-controlled kickback features, such as mini-flippers, posts, or manually-controlled kickbacks that send the ball back into play, do not count toward establishing stuck ball status in this case, and the player will not be permitted to utilize these features or touch the game until the ball has reached the ball trough. If the ball is stuck on any playfield element that is located between the flippers, the ball will be considered a stuck ball if there is no chance of a drain from the ball rolling off of its resting place.”

Yeah! Sounds like a good fix, especially for those who are used to hitting one target or the other. I know a lot of players I know tend to go for the top targets since they only need to glance into one.

Come join the fun!! Someone mentioned here that a more shallow game can be more difficult sometimes.

To me personally I’ve never considered a mechanical up-post the same as a center post.

IMO the spirit of the inlane/outlane/center post stucky rule was as Cayle mentioned . . . players in essence were trying to use a get out of jail free card for a situation where their ball had a non-0% chance of draining from the position it was in. In the picture above, I would argue that the ball has a 0% chance of draining based on the position of where the ball is ‘stuck’.

I’m on board with this, along with your comment about the ball searches (which are embedded in the stuck ball rules). Definitely a language issue, because if you asked me what that thing is called, I’d have said it was a center post

I’m also with Cayle: I’m glad this sort of thing is being discussed outside the bounds of an event, so that fair rulings (according to the rules, not the what-we-wish-were rules) can be made during events.

Thanks! Good stuff. Now the rule book is even longer!!

@phishrace I would love to talk about it whenever! There’s a lot of nuances you can pull on games to make them more strategic or blow out the strategies a bit. One of the more fun ones was the rusty spinners on the Louisville Jhonny Mnenomic, which eviscrated qualifying scores due to the lack of Super Spinner.

One that’s subtle that I have learned to respect recently was disabling the claw on Demolition Man. Now that I can play a version with the claw enabled, the game becomes a lot less tactical and more about spamming the claw to kingdom come and maybe starting multiballs the regular, annoying-loop way. Usually, there’s a good debate as to when to pull out the first Claw award when disabled, since both the Claw bonus (when mutliplied) and lighting your second multiball are lucrative things.

I probably couldve worded that better. I wouldn’t expect the talk here to be mostly about setup. That wouldn’t be much fun. OTOH, most everyone would like to be a TD some day, if they haven’t already. It’s an important job in the spotlight. It’s no wonder that so many folks enjoy talking about TD rulings.

I saw that GOT and ST thread late, and thought about chiming in (still might), but stopped when I saw it was mostly on track. My philosophy is to change feature setting only when absolutely necessary and make the game harder (as needed) using tilt, outlanes, pitch and occasionally wax. Regardless of what changes are made, game times are what’s most important. Change as little as possible to get game times to average under 3 minutes and you’re generally golden. No bottlenecks.

I’d be interested to hear how adjusting the pitch on Amigo goes. Could +1/2 a degree of pitch completely make the rule wording change above unneeded? No more balls stuck on the post, yet still fun to play? Never played one, but it looks fun. 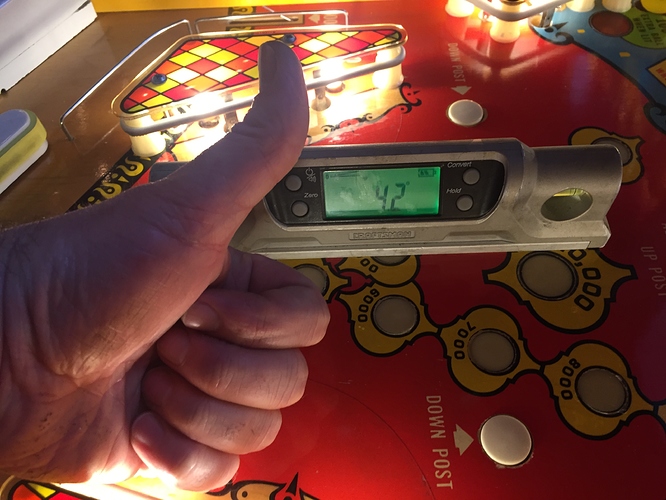