I imagine many people know this already, but esteemed programmer and pinball player Lyman F. Sheats Jr. has sadly passed away. According to Pinball News,

Lyman was found unconscious at his Hoffman Estates home on Thursday when his partner, Penni, raised the alarm after being unable to contact him.

Several people and companies (such as Stern and Flip N Out) have already offered their condolences for this sudden loss. While I never met him or know much about him besides his pinball work, it’s still a tragedy that he would die at just 55.

I’m interested in collaborating on a trophy design commemorating @sir_tankalot

Thinking if we could share the cost of a custom design it would be accessible to anyone who wanted to order it.

Saw this on FB. A trophy cut out with this stance is like the NBA logo player silhouette, lasting impression. 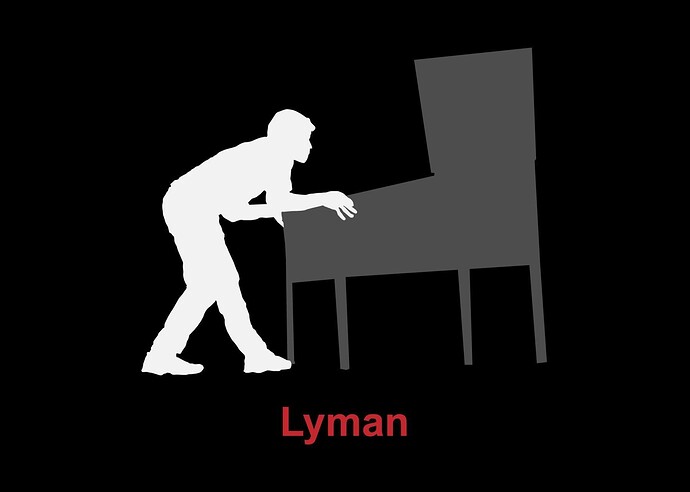 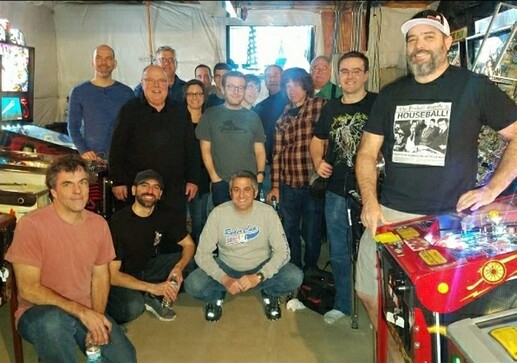 Me and Lyman didn’t talk much, but every time that we did, we had good discussions about collage and life. He was open about his experiences as a student, how he figured out his calling in life, and was extremely kind overall. I recall him saying that I just need to do what makes me happy in life. Years later and I graduate this October with a bachelor’s in Computer Science. He was such an inspiration for me.

You could always see his passion in the games he worked on. Played Monster Bash recently (and started up Lyman’s Lament, of course!). I had every mode complete except Bride to get Monsters of Rock. Shot mystery, and it started Bride for me! Drained, shot mystery again, and Bride was started yet again! Drained yet again… and Bride remained available at the scoop, and I finally was able to beat it and start the wizard. Such ingenious programming and attention to detail on Lyman’s part.

My condolences to Penni and the rest of Lyman’s family and friends. Very gutted over this news. I personally like the trophy design.