If anyone here has a JP and a decent streaming rig, hit me up for tonight so I can get your rig ready to battle!

Not sure if your setup is compatible, but I’d love to see the battle!

I think I probably lack the requisite pieces to spin up a decent live-streaming setup (so far I’ve just been playing around with offline recording), but I can play around this evening and see if I can make something work.

The main issue is that I don’t have the GoPro attachment that adds the HDMI out port, so I’d have to stream wirelessly via RTMP. That being said, I have a FreeBSD box that should be able to host a local RMTP relay so it might be viable…

Ian and I are doing TNA at this very moment. Check out heads up pinball streaming!

I had a really good time playing against @gammagoat today. It went a lot more smoothly than I had anticipated.

We had to spend a little time syncing (offsetting) audio and got it close, but not perfect.

When playing, I wanted to know more about how Ian was doing, because I couldn’t see him (the stream was on a laptop off to my side, and the delay was too long anyway). But when watching the replay, his voice was a lot louder, more active and more clear than it was in my ears. (I thought I was narrating way more than he was, but that wasn’t true).

(He’ll probably drop by this thread to explain more, but we used Discord for audio in each others ears, and he fed that into his mixer).

The other thing I noticed on the replay is that my playfield was not nearly as sharp as his. Not sure if that was something I could have corrected for, or if that was just the nature of him hosting a server that I streamed into? Guessing the latter.

Other notes: one handed race to destroy reactor 1 was a super fun goal, while achieving max reactor value was not.

The audio setup on my side was discord on my phone, with audio out from that into my mixing board, that mixed Ryan, the direct audio from my game and my mic. I knew Ryan would get a bad audio experience, because my phone was far away.

I think I know understand my mixer better and it might be possible to use the FX send feature to send just my mic to discord without creating a feedback. Reading the manual, who knew.

Setting up the server is on windows is easy, I will write when not on my phone.

I use a mixer at home too guys if that helps us when I join the fun.

Have you tested this lag free zoom thing with remote control pinball? Like the Batman ‘66 surrogate thing I’ve seen? Imagine… Going to an arcade in the cloud…

That surrogate Batman (catwoman) is actually mine.

I flew to Neatherlands and they built that rig based on a remote control pinball setup I made and use from time to time to let people play my studio games. When I activate it, I just call the person playing on skype, zoom, or messenger and it works great!

I had to downplay my personal rig’s responsiveness for the commercial, but here it is.

cool but the small lag really messes up my play

I promised more details on how I set this up on windows, it was easy.

Download the following file: http://nginx-win.ecsds.eu/download/nginx%201.7.11.3%20Gryphon.zip
Unzip it somewhere
append the rtmp config instructions to one of the configs in the conf directory. I used conf\nginx-org.conf
“run nginx.exe -c conf\nginx-org.conf”

Using the precompiled windows nginx was easy, the only catch was you needed to use an old version, because they dropped rtmp support at some point. The guide shows you everything else you need.

For testing I used the streamlabs app on my phone. It was the easiest way to get another device I could configure to stream to the server then make sure I could pull it in via VLC into my scene.

Despite the fact that Deadflip has shown zoom works great for this, I am now interested in playing around more and might look into webrtc based solutions.

I put together an article walking through the details of how to setup NGINX and OBS: https://dontpanicflip.com/2020/03/25/how-to-stream-with-other-streamers-using-nginx-and-obs-studio-part-1/ Part 2 with more details on quality, layout, and delay should be coming end of this week.

Where you using Zoom for your remote player cams and audio?

Hey @gammagoat, I’m not sure if your question was meant for me, but no. The article above references Zoom in the diagram only as a way to allow communication between the participants. The video and audio that ultimately makes it’s way into the stream is fed into the stream via OBS and shipped that way. Which is key because that allows the master OBS (the one actually streaming to Twitch) the ability to set render delays on video and audio as necessary to simulate synced communications in the stream.

@dontpanicflip I watched a bit of your stream last night. I thought you were doing scene changes of player cams and displays. Did you just carve up the remove rtmp video multiple chunks to move those around? I thought you might have used something else.

Hey @gammagoat, I handed out a PNG 1080 “template” to each of the three streamers. The template had borders and transparency (pretty simple). Each streamer then streamed to my NGINX server with their full 1080/60 stream but their cameras/logos/etc… in all of “their” places. I then pulled it into OBS and overlaid the streams in the following order: MPT3k at the bottom, The_Pinsomniac in the middle, and my stuff at the top. Because each streamer sent me 1080, the templates matched up perfectly. This system allowed each streamer the ability to change their own scenes without issue and not impact the other streamers. Hopefully that made sense. Part II of the article will dive into this and a bunch of other issues/fixes we encountered. We’ve done quite a few late night testing sessions and really put NGINX through it’s paces the past couple of weeks. Also, thanks for stopping by last night!

I’m new to Tilt and didn’t realize I could upload files. Here’s the template I sent out last night for 2 players and a commentator. I’m getting better with Photoshop but if you’d like the PSD, let me know. I can upload that too 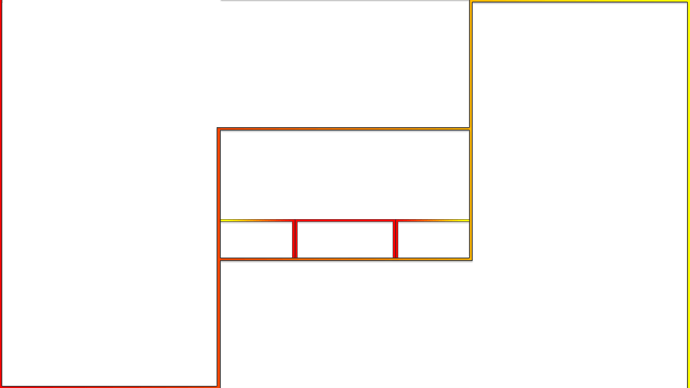 I have now run 2 using rtmp, one using Zoom and been on on of the DF zoom streams.

The quality on the rtmp is better, but it is a lot more work. The zoom thing was easy, I think gave a better experience to the person on the other end (although I still can’t get audio has I want, and need to wait another month to see if I can get a cable that works with my laptop). And no sync issues. It is just fine out of the box.

With zoom I struggled more with network / dropped frames. Some days my internet is just flaky, but this is more upload. I could probably reduce the quality zoom is sending, and that might help, but I have also switched my switches in the house to get wired to my laptop correctly for streaming now, so maybe that is enough.

Ron Hallet and I did a stream with straight udp connections while using discord to communicate, worked pretty well. Harder to set up but excellent quality

Would love to battle someone else too, if anyone is interested. Did the doodle bug battle happen yet?
I’ve got:

Nice, do you have pointers?