Just thought I’d post a warning for those considering attending this year’s Vancouver Pin-Out Tournaments & Pinball Expo and explain all the reasons you might not want to attend.

Seriously though, Vancouver Flip-Out is only 2 weeks away!

The Vancouver Flip-Out returns as the largest tournament in Canada and the only Canadian Event in the Stern Pro-Circuit. It is the main event of the Vancouver Pinball Expo (VPE).

As in 2017, there will also be Classic, Women, Junior, and restricted Knockout tournaments. Click on the tournament links below for additional details.

Please note that the tournaments start a day earlier than the Expo, on Thursday September 6, with doors opening at 4pm. Playing early is highly recommend to avoid long lines waiting to play, and to ensure you have sufficient time to play all of your games, especially in the Main division.

$10,000 in prizes, in the form of cash, trophies, plaques, and pinball memorabilia to be awarded across all tournaments!

Sure hope i don’t see you there! 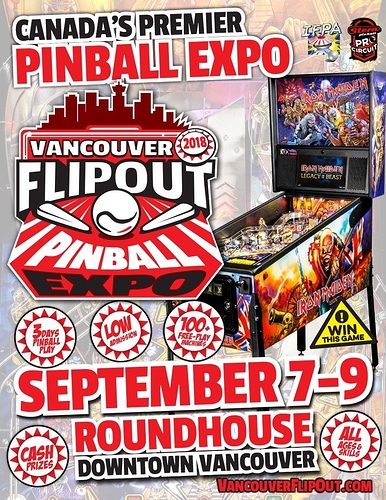 Just a heads up! Only a handful of VIP Party passes left for Friday night. BBQ dinner, PBR, Prizes, Music & more. Get 'em while you still can at www.VancouverFlipOut.com. 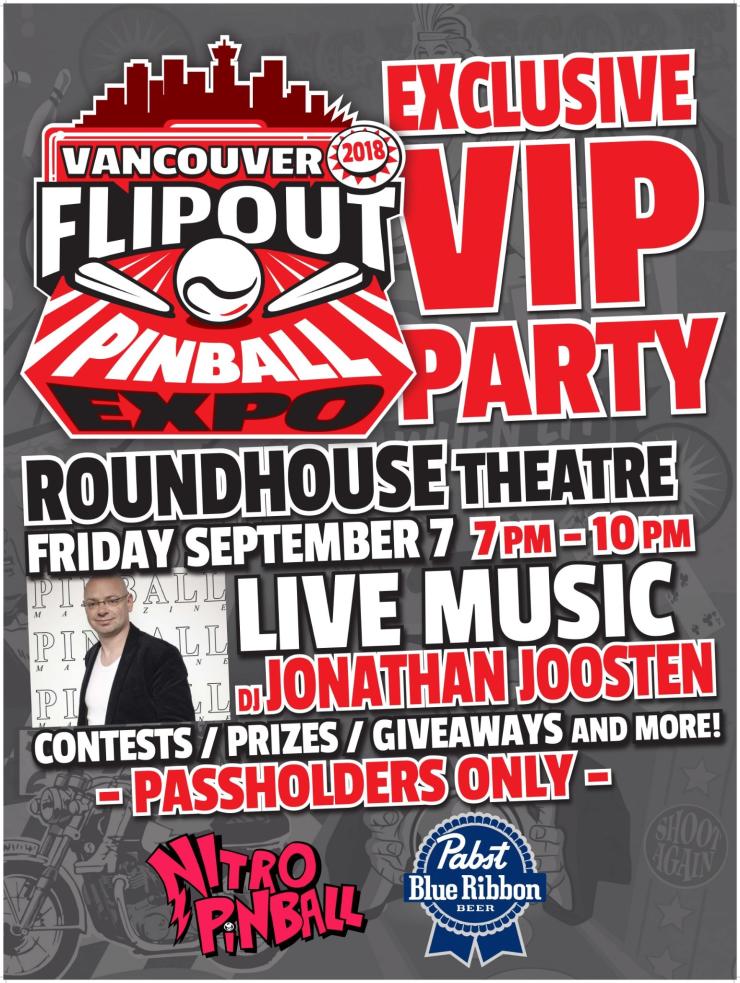 I’m really starting to dread going to this thing now!