Quote of the year

Quote of the year (any year) is now a wiki. Please fill in good ones (press Edit). And please take the time to produce an exact reference. Video, audio or written.

some context, 340+ attemps into BBH Wizard mode challenge… only once Birds requirement was done… 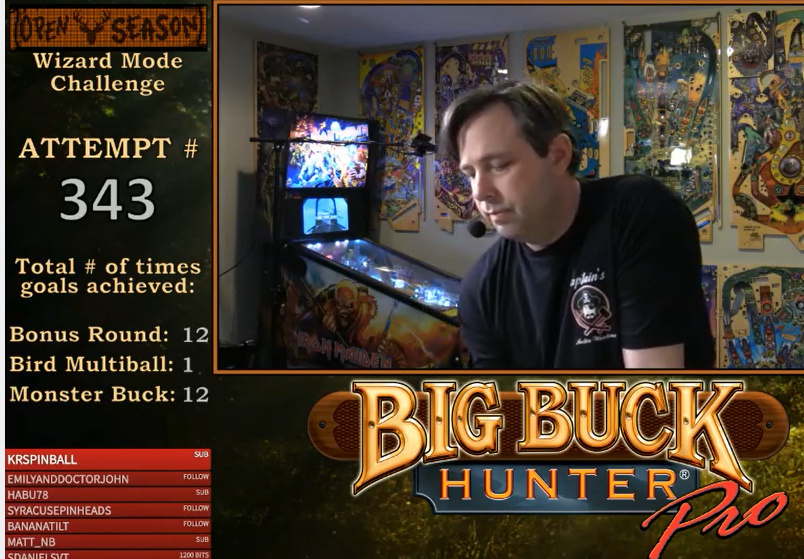 I remember writing a long email to Lonnie early on begging him to change the Bird Multiball qualifier for Open Season to “Earn a Bird Super Jackpot”.

I have to guess my percentage of reaching the end of Bird Multiball was worse than 1 out of 343 when I owned the game.

I’m not sure I ever got to Monster Buck while I was at PM.

I remember writing a long email to Lonnie early on begging him to change the Bird Multiball qualifier for Open Season to “Earn a Bird Super Jackpot”.

I guess the licensor had let too many liberties into the contract for him not to take your call.

I guess the licensor had let too many liberties into the contract for him not to take your call.

LOL . . . Lonnie fell back on the fact they didn’t have a game in house to be able to test any code changes. I offered to test on my personal game, our game at Raw Thrills, or our game at Play Mechanix, but no dice.

Looking back on it now, him and Lyman were in triage mode just trying to keep Stern in business hammering out code for the upcoming new releases. I don’t really blame him at that time for blowing me off one bit.

Once Karl completes this after 894 tries, Stern will release a code update for BBH with Josh’s Bird Super Jackpot request. Then we will really get to see Karl lose it.

My official guess is 666 for the attempt number.

@kdeangelo will blame Lonnie though. Lol

The top post is now wiki-opened for great pinball quotes. Please bring in the good, clever and funny ones you recall and come across (said at any time, not just the past year). Debate is fine. But please remember to add it to the collection in the top post too.

My official guess is 666 for the attempt number.

I picked 667 knowing that there would be a couple of you nincompoops putting that number. Originally, Karl had pretty much said that it was price is right rules; closest number without going over. Then some point after the guesses were locked in and Karl had started losing his mind, he decided that once his attempts pass a guessed number, they’re out. So, I guess I’m stuck with one out.

The intent was always if I went over your number, you were out. I described it poorly. No matter though, since I’m going to make it up to the winners and give prizes to both above and below my number when I FINISH THIS FINALLY

Congrats Karl to going only slightly insane and making it to Open Season, congrats to the 666 people, and Karl still had the audacity to stream the game one more time heads up

. I won my critical hit deck for being correct on the first Monster Buck!