Putting a player on a timeout in unlimited qualifying.

Does suspending a player for 1 hour during an unlimited qualifying seems like a reasonable penilty for boarderline behaviour after a yellow card? On the one hand, It seems reasonable if you don’t want to throw them out of the tournament. On the other hand it seems a little unorthodox. On the gripping hand, they either crossed the line and deserve a red card (and eviction), or didn’t cross the line and don’t.

Sounds like they should have been kicked out and the TD was trying to be nice.

If you already have a yellow card, then break the rules again, that’s a red card. You’re done for the tournament. I think this player should’ve been done. No more warnings. They already got the warning that made it clear what will not be tolerated.

If this was me getting the timeout, I would say that it might have more long-term effect than ejection. If I get thrown out, I will leave and have an opportunity to re-frame the situation in a way that suits my view. But timeout says to the player “we really want you to be here, you just gotta get it together,” and I have the opportunity to cool out. Maybe this replaces yellow cards in unlimited qualifying.

perhaps calling it a “cool off” will make it seem less patronizing than a “time out” (which definitely implies child-rearing, not sports), too

perhaps calling it a “cool off” will make it seem less patronizing than a “time out” (which definitely implies child-rearing, not sports), too

That is my bad. I biased the conversation by making light of it was my reference child discipline. Penalty Box is a much less demeaning phrase.

If it doesn’t look like this, I don’t support it. I suppose it can be modernized with a dry erase board. 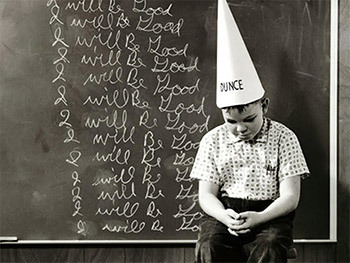 Was this penalty (1 hour probationary period for yellow card) stated at the beginning of the tournament? If so, I like it! If not, I don’t like it!

Was this penalty (1 hour probationary period for yellow card) stated at the beginning of the tournament?

I never said this happened. Just asking for a friend. Any resemblance to characters real of fictional is purely coincidence. I cannot confirm or deny if this actually happened.

Ah. well if we assume the rules are clearly stated in this hypothetical scenario, then i think it’s kind of a neat idea. It’s definitely uncharted territory in pinball, but not unprecedented in sports by any means. It’s a lot like the penalty box in hockey. However, it seems a bit harsh for the reasons why yellows are typically issued (cursing, jumping down from the stage at papa).

If we’re talkin open qualifying, I think the more fitting punishment would be one (or more depending on the severity of the offence) entries being taken away.

Depending on the size and nature of the tournament an hour taken away could be damning, or have almost no impact.

But timeout says to the player “we really want you to be here, you just gotta get it together,” and I have the opportunity to cool out.

This is the point of issuing a yellow card first.

Does suspending a player for 1 hour during an unlimited qualifying seems like a reasonable penilty for boarderline behaviour after a yellow card?

IMO, I think instituting a “penalty box” type ruling re: yellow cards might undermine the magnitude of what a yellow card is. If someone is acting out in such a way where they need to be penalized for their behavior, they can get it together now or they can press on, get a red card, and see their way out.

Outbursts or behavior that requires a player to be told to take a walk not only looks bad, but likely deserves a yellow/red to begin with.

My thought. I get a yellow card then do something else that is a violation of the rules (should be an ejection at this point) but I get a time out instead. I’ll be like - “OK, guess I’ll go get dinner now.”

This doesn’t feel like a punishment at all and doesn’t really do much to deter the behavior. 4 hours, now we are talking but 1 hour is nothing.

I know people are generally nice and don’t want conflict so if someone does get a yellow card, but maybe deserved one sooner, is the potential second yellow more likely to happen with even lass action than the first?

I feel like most yellows probably should have been issued way sooner than they actually are, and so a second yellow (because of it’s severity) may be even harder to get OR more likely to happen b/c that person has been previously yellow carded.

Mostly I guess I am feeling like the first yellows need to be doled out sooner to curb behaviour before like 5-6 people have to point it out to someone. Of course it’s hard b/c TDs don’t always see things in person and can only take second hand details at a certain value…

Can they spend the timeout waiting in a queue? If so, that doesn’t sound like much of a punishment at all. If not, that’d be difficult to enforce.

And the person did … exactly what? The yellow card system is rather simplistic, not allowing for a range of infractions of different severities. I like the idea for something of moderate but not high offense, i.e. less than a regular yellow-cardable action. Still would need to be consistent in application and have the nature of the infraction clearly defined in advance and clearly have been violated. As for 1 hour vs. 4 (or 2), that depends a lot on how many hours remain. But if the intent is “we know you’re not a bad dude(-ette), you’re having a rough day, you just need to chill a while,” then I see this as a possibility. It all depends on the details.

I’d prefer to just keep it simple. Publically post what is considered unacceptable behavior. First offense issue yellow card to establish clarity with the player and give them a second chance. No penalty box.

Second offense, your tournament is done.

It’s difficult to come up with a complete list of what is unacceptable behavior.