Pinburgh Constructive Feedback Thread (I hope I don't regret this)

I saw (and read) that there was a lot of action in the other Pinburgh thread and there were a couple of quick pieces of feedback about monitors for finals, but it quickly morphed into a discussion about sandbagging and rules regarding divisions, payouts, cheating, etc… A good discussion for sure, but…

I just wanted to throw out a couple of nit-picky things about the venue (I really do have to nit-pick to find things to improve upon because largely, Pinburgh is 100% amazing. A+++++ job to everyone involved. I really just can’t imagine how much work it is to put this thing on and if you never improve another thing, it’ll still be worth attending forever).

The drinking fountains near the rock climbing wall worked throughout the event. That was my go to bottle filling station multiple times every day.

Well shoot. I did not see those…

If you wanted warm/hot water those were the fountains to go to.

I discovered early on that the water fountain farthest away from the Pinburgh banks actually had cold water throughout the entire weekend!

Ditch the stage and maybe have bleacher seating instead.

Bleachers were mentioned multiple times after pinburgh last year IIRC. I figure it must have been a limitation of the venue to have a stage instead—can’t really see any sort of advantage otherwise. Perhaps bringing in bleacher seating causes there to be issues with the fire marshall, the unions or is simply not allowed per terms of the facility lease agreement?

I heard from someone that “the goal this year was to get a stage. the goal next year is to get a better stage”

Stage tilt on TZ is my new favorite

Might be adequate to have A finals on the floor if the monitors are still nice and high.
Watching from all the folding chairs was great though.

Hard to complain about this year though. Everyone seems to be over talking about the floor and the biggest dissection going on is over sandbagging.

Much less glare this time, which for me was a bigger issue than the hard floors.

And how do you have 700 people at an event and not have any herd crises? Beautiful.

The stage was a bit odd to play on. If the person next to you shook their game, yours would wobble noticeably too.

The wobble was definitely distracting as a player. I think the archived video quality will also suffer from all the camera shaking.

I get the idea to make the presentation something big and impactful, but the drawbacks outweigh the benefits of the stage in my opinion. Something more sturdy could work, but I’d personally prefer no stage with bleacher seating as mentioned above. I don’t know the logistics involved with that concept though.

The big problem with bleachers is that you lose the standing room behind the seats.

“the goal this year was to get a stage. the goal next year is to get a better stage”

“The goal the year after that is a jumbotron” 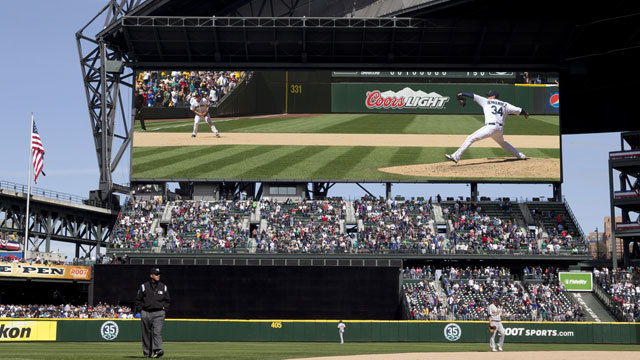 “The goal the year after that is a jumbotron”

IMO host it in Cowboys Stadium next year

Totally awesome, but yes, here are some suggestions.

Agree, ditch the sttttaggggge. Really annoying when someone else’s nudge shakes not just your game but You!

Have a monitor on both sides of the finals machine block.

Longer hours for the food booth.

Turn the thermostat up about 2 degrees; it was over-airconditioned. It actually felt chilly more than once, and I changed to long pants - - which were the last thing you wanted on as soon as you left the building!

it wouled be nice if Bowen had a wireless microphone connected to two speaker, one on each side of the stage

Ah, good point on the speaker on the stage. I was thinking to myself in the beginning how a second one on the opposite side of the stage would have made the announcements so much more audible.

If the intent of the speaker system was to communicate announcements that matter it will always miss. Announcements need to go on pinburgh.com, or be tweeted, or pushed via some messaging platform. Sure, not everyone will have a phone, but you will reach more people.

I thought it was amazing last year, and was very pleased to see the minor constructive criticisms people had were well addressed this year. Much more seating in front of the stage area was great.

Not a criticism, but perhaps something to consider next year would be more integration with the live stream. Wouldn’t it be great if the stream viewers (and archive footage) had an introduction to the players prior to the finals? Bowen already took care of this with a small introduction as they walked on stage, so would be great if that could be captured on stream. I actually think small post game interviews with the players (again, via Bowen, captured to stream and echo’d to audience) would be a great addition too.

Basically - some baby steps towards what the eSports guys are already doing (to a very slick level) would be a huge bonus to our hobby, and the guys at PAPA should continue to lead the way imho.