We had such a great time playing Critical Hit this past Halloween! Everyone got really into it. 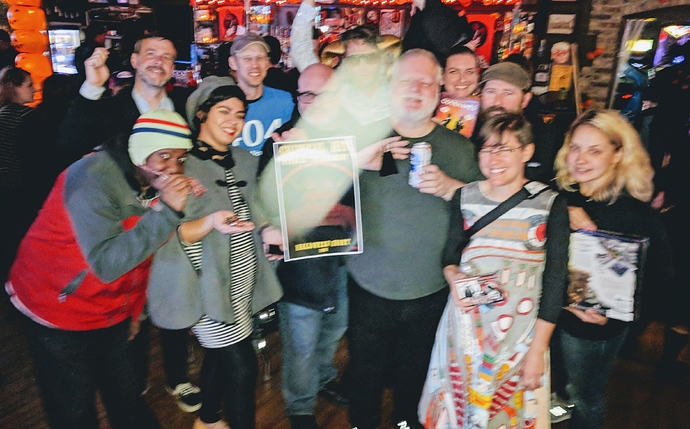 I was just telling people about how it had been done with different cards for 3 Strikes, and now there was a Match Play deck, and someone said “Hey, you should make a deck for Pingolf!”

So this is my first stab at what we’re currently calling LEE CARVALLO’S PINBALL CHALLENGE (I am very open to new names). It’s inspired by the madcap tomfoolery of Caddyshack, Happy Gilmore, and all the other things that make golf actually seem fun

I’m planning to give everyone who shows up 3 random cards. They can play one card per table (not counting SWITCH BALLS). I figure if more rules need to be added, the reason will present itself tonight! 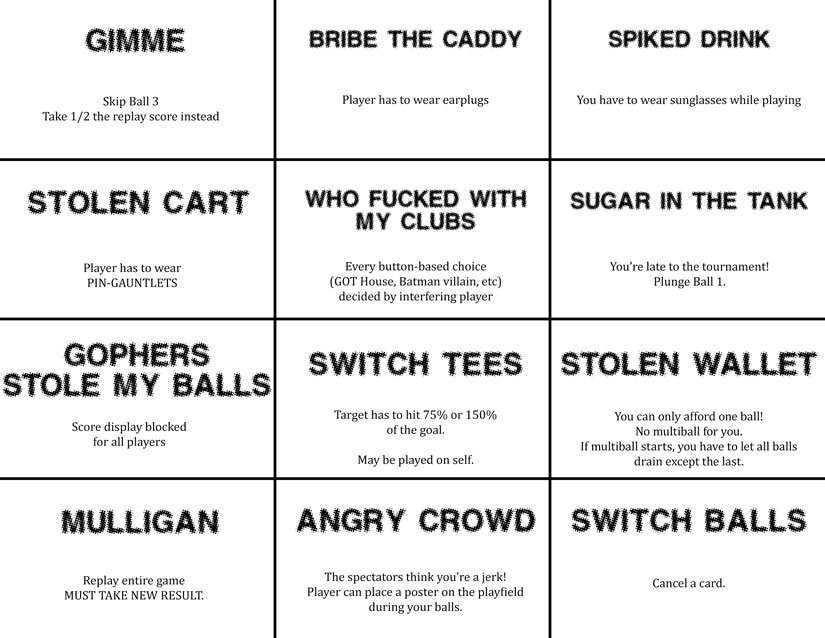 Let me know what you think!

We had such a great time playing Critical Hit this past Halloween! Everyone got really into it.

Thanks for running it, I had fun!

Q: what does “Take 1/2 the replay score instead” mean? Is that value added to the score obtained after two balls?

Anyway here’s a glimpse at the Pin-Gauntlets 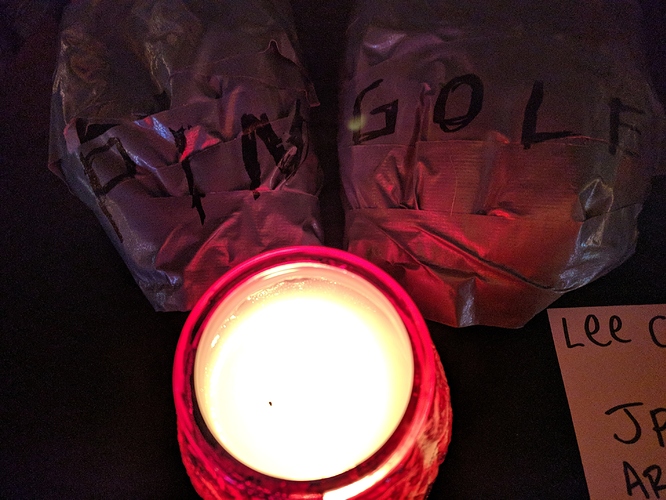 Try a set of over-the-ear noise-canceling headphones, optionally connected to an MP3 player of white noise.