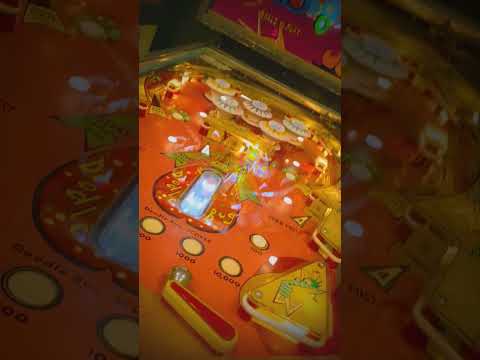 per IFPA rules it’s legal I think and don’t you need skill to trap it that way as well?

This is the you win move. Same if the ball came to rest on the knuckle of a flipper at rest with the doodle going. And someone fix that doodle! Haha

Would be interesting to see the 5 seconds or so before the ball came to rest there.

Until the coil burns up and becomes a major malfunction…

Funny enough it was a dead-nuts live trap

This maneuver should have an appropriate name. I’m thinking the DoodleBIG move.

So what would the ruling be?

Automatic win?
Beneficial malfunction?
Play on and hope the machine doesn’t catch fire before the player flips away?
Does the stalling rule come into effect even while points are being scored?

Wouldn’t it fall under the delay of game rules (can’t do nothing for more than 30 seconds or something). Is that even an actual rule? I’ve heard both sides

Yeah, I just thought of that, but not sure as points are being scored so the game state is changing…

Probably need a specific rule for this game now.

The delay rule mentions intentionally not making progress towards in game objectives. If scoring points on Doodle Bug isn’t progress, I don’t know what is.

My complaint is that you didn’t do this with maximized Doodle Value.

Yes. We’ve discussed it here before.

Just another reason why I have been always hesitant to use this game in a best game format. Crazy stuff…

Is there a nice EM mod to fix this. If it turned off the doodle after 2 minutes, it wouldn’t really impact standard play, but would prevent this from being infinite. You could have a stepper that counts the doodles and deactivates after X doodles, and resets every time the doodle is turned off.

I think the doodle also stops after a certain amount of time regardless?

I think the doodle also stops after a certain amount of time regardless?

It does not unless the coil were to burn up.

I just tap pass back and forth forever

i think it is the risk… @cayle would have to decide how long to keep going to get a great score but also not to break the machine and have it thrown out of the tourney, same with JM strat i guess?