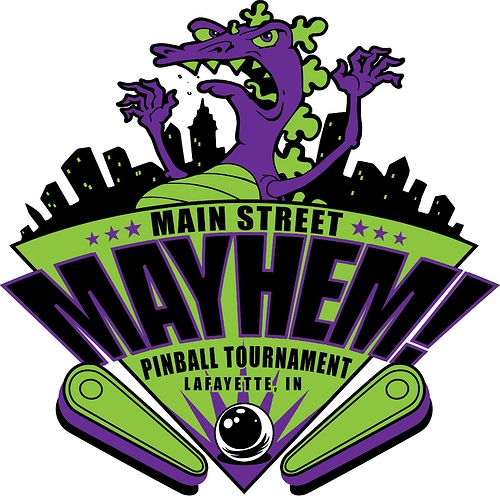 Any good ideas for hotels nearby?

Yes, Holiday Inn one block over the guys from Double Danger Pinball actually visited and stayed there last night. I’m going to try to see if we can get a block of rooms discounted, less than 5 minute walk.

Looking forward to this event!

+1 for this event! Tommy is a great TD, and Main Street Amusements is world class. I’m strongly considering flying out from Texas…

I’ll be sure to bring a few people from Louisville, regional rivalry is the best.

Sorry Tommy. Got a chance to see my favorite band in Red Rocks that same weekend so my wife and I won’t be able to make it. Next year for sure!

Thanks Scribble! Look forward to having you there! Only 2 days until ticket sales open up! #mainstreetmayhem 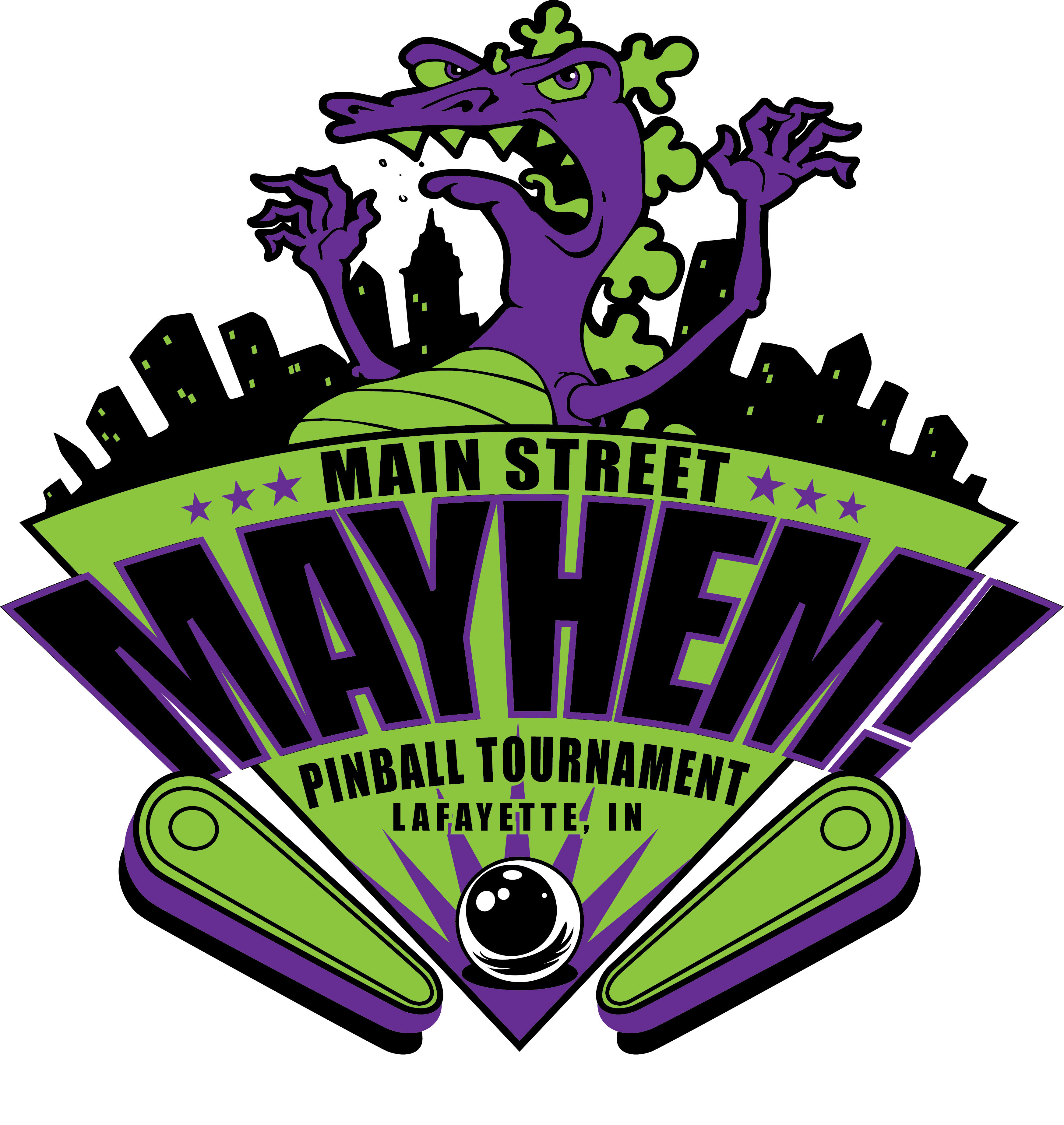 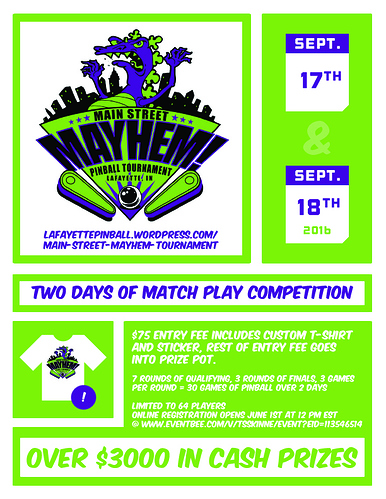 Custome stickers are in from Double Danger Pinball! Little guys for advertising the big guys are tournament player exclusive! 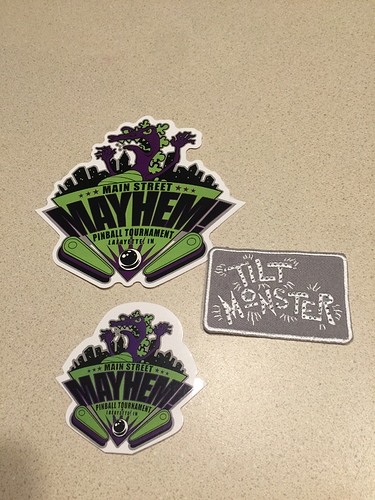 23 spots gone, 41 remaining get in while you still can.

Any word on the hotel?

Hey sorry been out of town for he Northwest Show. Will get details when I return Tuesday!

Just a reminder that Main Street Mayhem Match Play Tournament is just over two months away! Don’t forget to get your tickets in advance! 64 Player limit. Over $3000 in prize money, your registration fee includes a t-shirt and sticker that are exclusive to tournament players! If you have any questions at all let me know tsskinne@gmail.com or 574-596-2668.

Registration is half full get yours in ASAP!
Over 30 pinball machines in the tournament including some rare/special titles. Ghostbusters Premium, America’s Most Haunted, Rob Zombie Spookshow International, Spider-Man Vault Edition, and if it is delivered in time The Big Lebowski!

Thanks for such a fun event, the lack of ball save was humbling to say the least. I never realized how much I rely on that.

Thanks for coming and I hope it was a good time. Sorry I forget to check over here at Tilt often but I think it went great and we ended up raising a lot of money for the local no kill animal shelter so it was a great weekend! 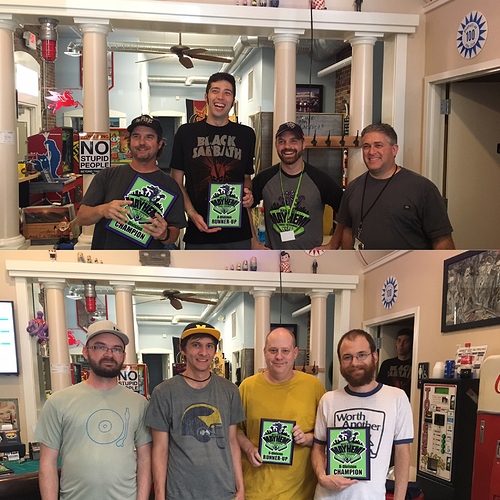 I like the Black Sabbath winner creeping in the background in the second picture. How many folks did you end up with?

That makes grouping so much easier! I love when you get a multiple that lends itself to the format so perfectly.