Of the magfest attendees that were players, 34 didn’t play 4 games and won’t be submitted in the IFPA results resulting in exactly 125 to be submitted. Many of those players played between 1 and 10 games total; therefore, over 34 hours of qualifying the MAGfest attendees that participated didn’t have a big impact on queues or delays in playing games for the other competitors. But this format gave them a chance to play some games and test their skills against good and great players from around the country.

Slight change to finals, we used game banks (5 total banks) with 3 games each. Top seeds in each match got to choose the bank, rather than individual games during the match. Sped up play as no group ever waited on another group’s choice of game. No player could choose the same group twice, adding a little strategy as well. Each group had one SS and one DMD, third game was either SS or DMD.

Here are some pics:
Setup done before lights go out 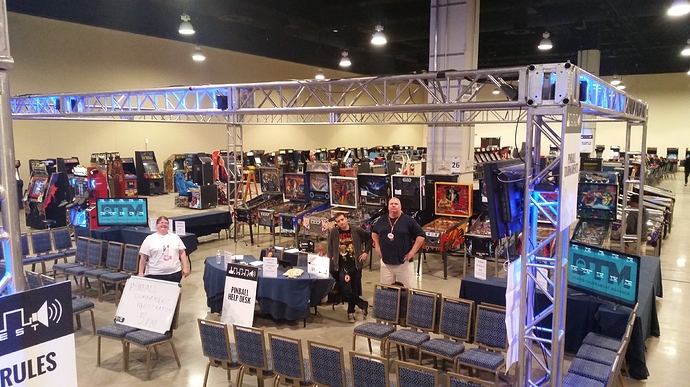 Don’t mess with the TDs 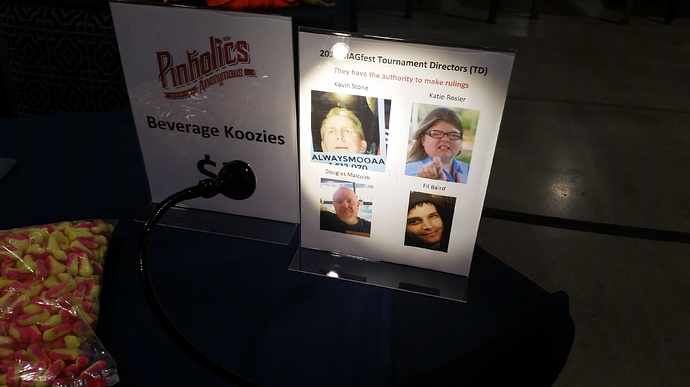 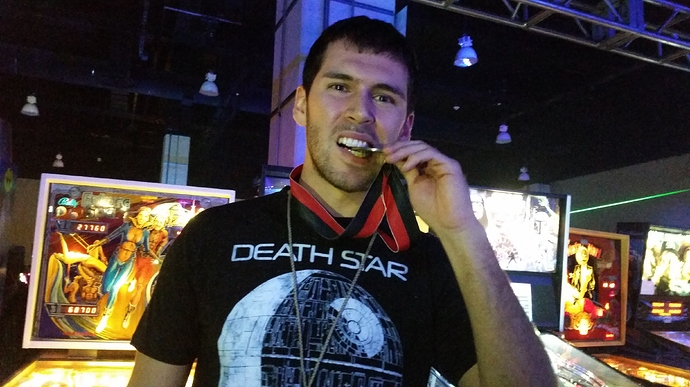 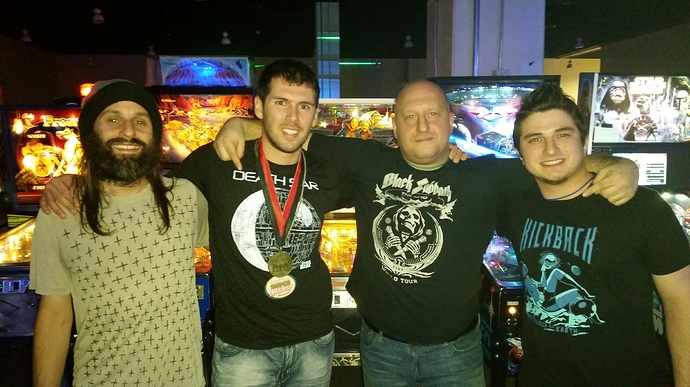 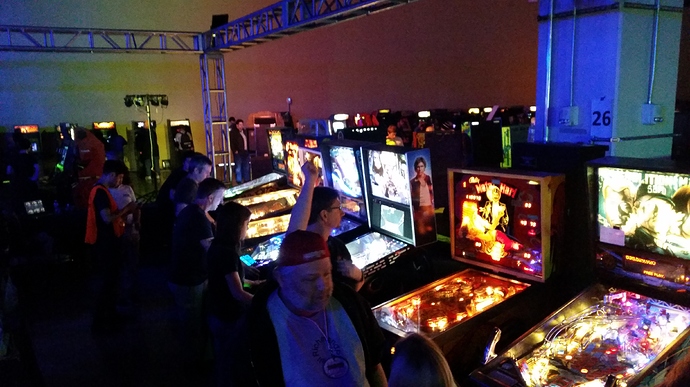 Fan shape lineup of games, giving a little more room for players to flip without interference, each game was also slightly angled outward combined with offset of a few inches. Games were on rubber footies. Due to no wall behind the games, we were able to push them back out of the play area for maintenance which occurred with Whitewater for a major repair on the ramp causing stuck balls. Wish I had a pic of that moment to demonstrate how nice it was to work on a game over time without interfering with players on the adjacent games. 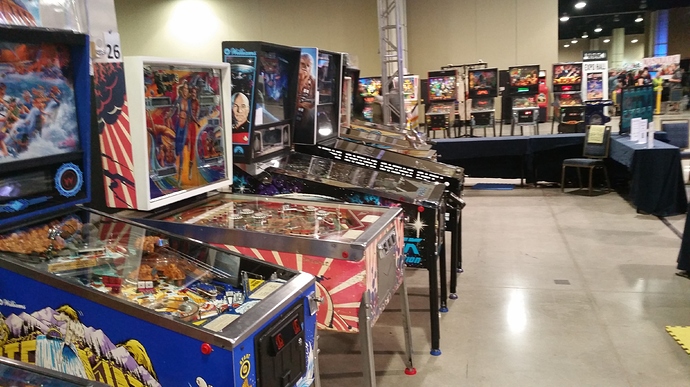 How many machines were there and were all of the machines part of the tournament? Also who brings the machines? Random attendees like a pinball show?

Only 10 machines were in the tournament out of maybe 70ish that were at the show. Different local people bring the machines as well as Flippers from the outer banks, NC. Plenty of people at the Music and GAMING festival like pinball, as well as the arcade games, custom games, star trek bridge simulation, and so many things at magfest I can’t even begin to list them all.

The great thing about MAGfest is being able to piggyback on their logistics to put on a fun pinball tournament. The scorekeepers come from the overall MAGfest volunteer system and they pick it up immediately, very little training required. AND there is no conflict of interest because none of the scorekeepers are playing in the tournament.

As always, had a great time and will be back next year!

Folks, if you haven’t been…go!

Also who brings the machines? Random attendees like a pinball show?

The majority of pins come from about 3-4 groups. Flippers from NC… Jon Horner who operates in D.C./md, a group of Virginia collectors, and smaller batches too. Individuals can bring games, but magfest helps by supplying logistics support for the larger groups.

Flippers brought three trucks worth of vids and pins. Horner brought about 16 pins I think? We brought 13 on our truck… including 8 of the 10 tournament games.

Our local leagues have been operating for over 20 years and take pride in having games that can handle the demand.

Tournament games actually get played less than the floor games due to the downtimes in qualifying. My games are still on their backs waiting to return to the basement… but I took a peek at Metallica before the end of the show and it had about 600 plays from the tournament and last night.

That’s fantastic! If memory serves right, I believe just a few years ago the show had only 30 pins or so, so it’s nice to see this number in the 70’s. Hopefully I can make it next year.