The PAPA game notes is a terrific resource but there isn’t much coverage of EMs. Are there any guidelines on which EMs or EM features are considered undesirable for tournament use?
Thanks!

It’s not a requirement, but I think tournament EMs should not be ones tending toward “get bumper love or lose.” I see some EMs where the winner or high score is determined not by who can make shots but by who gets their balls to rattle around in the bumpers the longest. Many of the pre-1973 EMs are like that - - Worlds Fair, Bumper Pool, Central Park, Crosstown, Palace Guard, Scuba and Spanish Eyes are some possible titles. Some people would argue that Target Pool and 2001 fall in that category, too, but I find those two, especially TP, feel more skill based, and who gets what scores on them at tournaments seems to bear that out [so long as the slings are bouncy enough!].

BTW, PAPA Classics this year did a good job at avoiding bumper love games. There were a few others I found questionable: El Toro just generally sucks, although my one game on it was ok; Miss-O - - I find games with center drain bumpers suck; and Snow Derby is too heavily weighted on not getting a house ball for ball 4 and especially ball 5 since the bonus is heavily skewed [50 per lap on balls 1-3, 100 on ball 4, 200 on ball 5] - - you can play for 5 minutes or more balls 1-3 and then get no love at the end and get a score less than someone who plays 1 minute on ball 5; I’ve seen it. A single ball-5 double bonus feature is fine, though.

What about the ever popular Egg Head? Or Sweet Hearts? 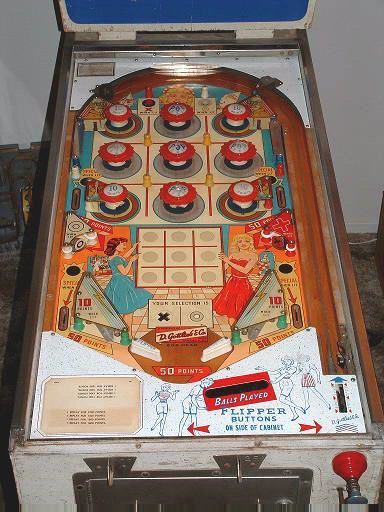 Agreed.
But it’s not too different from getting house balled on a ball one of an early SS pins with super bonus carryover, where you are heavily advantaged if your good ball is ball 1, compared to your opponent’s good ball being ball 3.

Fan-tas-tic. Interesting flipper/bumper layout, nothing but hope for luck on the roulette.

Fun Land has one of the dumbest scoring features I’ve seen on an EM. Two spinners, both cycle between 5/50/500 points - scoring the value it stops on. 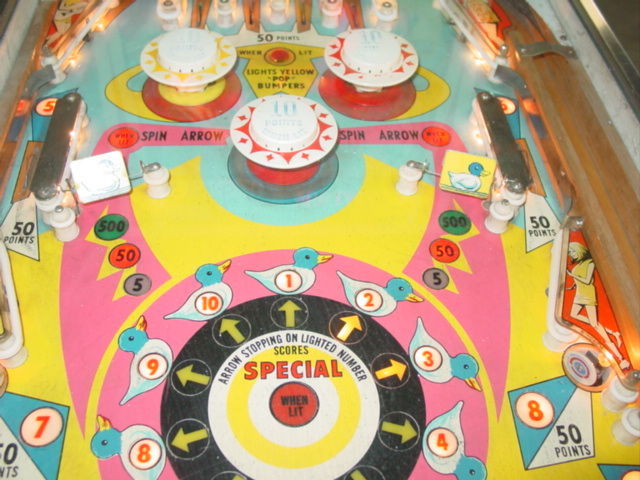 nothing but hope for luck on the roulette

Disagree. You also need to hope for luck from the center bumper.

Almost a completely random game. We used to have “try to get the lowest score without tilting” competitions on Fan-tas-tic at a friend’s house at end of league night, and people would routinely get similar scores going for low points as they would when they were going for high points.