Trying to kick-start this rulesheet. I just added the playfield features and stubbed out possible other sections. @neilmcrae can you update the title to say Rulsheet like the other ones?

Feel free everyone to slowly copy over stuff from the pdf. I think it’s great to have the two different ways of reading the rules, plus the wiki version will be able to be updated much faster than the pdf (if it ever gets updated…).

how is each gold record achieved? i know it happens during songs, but how exactly?
when in a tour mode, when you hit the spinner for example, and need so many spinner shots to light a tour lock, call outs would be helpful instead of having to look up at display esp when you are on 3rd or 4th tour with many goals. if you need 5 ramps, hit a ramp and call out “4 ramps remain for tour lock” etc? and it gets more excited when you are close. no?

Time: Each song has a base rate at which you earn sales just for keeping an active playfield. The shorter songs earn more sales per second than the longer songs, but they all average out to about the same amount of total sales in each song.
.
Switches: pops, spinners, switches also contribute small amounts of sales each.

Song awards: The song awards add an amount of sales based on three amounts: Static song sales, dynamic song sales, and section song sales. Static sales are the same for every song, think of it as a base value. Dynamic sales are based on song length (longer song, less dynamic sales). Section sales are a temporary boost you get for hitting multiple shots in the same musical section. The current sales value for a shot is shown in the upper right corner, on top of the spinning gold record, when the record stops spinning (no active playfield).

I got bored and updated the Zeppelin and Tour / Tour Multiball sections, and formatted them to the best of my abilities (although they can probably be made more pretty if someone wants to). Surprised how quiet this thread is, but I suppose without tournaments there’s less of that thirst to learn all the fresh new games, heh

Yup, that’s basically it. Can’t wait until things get back to relatively normal.

Or it’s not really possible. I played in public for the 3rd time in the past year a couple weeks ago.

It’s only quiet from me because I can’t stop playing LZ! The game is fantastic. I’ve put close to 700 games on my premium. A few observations/suggestions. All of this is on .98 code.

Alright, I completed all the sections that didn’t have anything. It should be a great resource for people who may have trouble understanding the pdf, as sometimes having things broken down and worded a different way can really help you understand something.

Can’t wait to see what people can do in tournaments on this game!

I think Jeff Teolis would agree. There are no pianos in Led Zep/Trampled Under Foot. Maybe say Organ, or Keyboard. I know it’s just semantics…

During the timed multiplier, any shots to the Icarus target itself will recalculate your current multiplier, and increase your playfield multiplier value if necessary (like if you had completed additional combos during the multiplier time).

@raydaypinball Is the above re: Icarus PFx correct? “Recalculating” your Icarus multiplier during PFx makes no sense. And I didn’t think you could increase your PFx any further once Icarus was started. Please confirm, and I can change the wiki.

Interesting. I know playfield X can increase during Icarus. But does hitting Icky just update the display, or does it actually apply the new X?

Yes it’s correct, not sure what’s confusing about it…

Because it wasn’t mentioned in the original PDF.

How much does the PFx increase during Icarus, for each Icarus hit? Just by +0.1x?

It literally just recalculates the value… so if you start with 1.4 x 1.5 x 1.8 x 2.0 then during Icarus you make a couple more combos into the rock bank it raises the 2.0 to something like 2.5, it doesn’t take effect in the calculation until you hit Icarus again. Then it updates and recalculates based on the new numbers.

Thanks. That makes sense. The “recalculate” without the context of “you can continue ending more combos during Icarus” wasn’t clear. Now it is.

Wow! Massive update to v.1.0. I can’t wait to get this loaded and try it out!

I think Jeff Teolis would agree. There are no pianos in Led Zep/Trampled Under Foot. Maybe say Organ, or Keyboard. I know it’s just semantics…

Page 455 of Led Zeppelin: The Complete Studio Recordings has it named as Electric Piano Solo

It was definitely a funky piano/ organ sound. Here’s what wikipedia says:

Much rehearsal went into perfecting the relentless semi-funk riff that dominates this song.[4] John Paul Jones has credited Stevie Wonder with the inspiration for the beat (“Superstition”, 1972), which he played on a clavinet.

The whole song, including the solo, sounds like a clavinet to me. Bands were trying all different things back then and Led Zep wasn’t an exception. The clavinet was used by a lot of musicians back then, including Stevie Wonder. 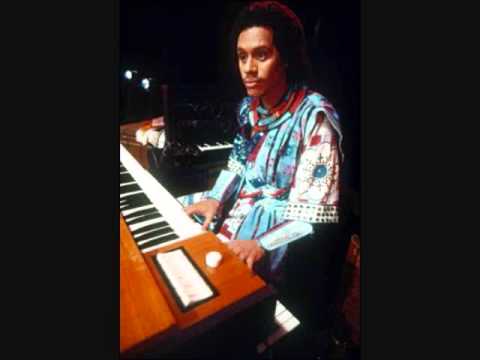 Just did the math and I got to see them play that song live 44 years ago at the Oakland Coliseum. God I’m old.