I’ve recently begun playing in events that I don’t personally run and stepping outside of my comfort zone. In doing that, I’m trying to nail down deficiencies in my game. The first thing I’m noticing is that I’m definitely not as accurate as I should be. I feel that I have very solid flipper and recovery skills (mostly because my accuracy sucks). I can loop pass, drop catch, etc without issue, but my accuracy is what’s holding me back.

When I aim, I look at the flipper and flip when the ball gets to a specific point on the flipper. Is that how most people aim? I start with where I “feel” the ball should be and then try and adjust based on where it actually goes. For example, if I feel like the ball should be in spot X and I hit the right post in front of the ramp, I’ll remember that I was early and the flip just a split second after it feels right. Hopefully that makes sense. Kind of like “This shot feels like it should be here, but it’s actually later”. Then I just flip when it’s further down the flipper than it feels like it should be.

I try and trap up as much as I can so the ball is traveling a consistent speed when I make the shot, but there are some shots when I’m actually more accurate with a moving ball than I am from a trap.

Your strategy is what I used to do but I quickly realized that it didn’t work as well as I thought it would. My strategy recently has been to look at the art or position of shots on the playfield. If I mess up the shot, I know I have to shoot it either earlier or later.

Another neat strategy - if a shot is lit for something really important, think to yourself that it’s not important at all, and it becomes a lot easier to make. Good ol’ psychology.

I don’t necessarily ‘look’ at the flipper, I do it almost entirely on feel. I have seen/heard of people that do ‘drills’ by taking the glass off and trying to repeat a shot over and over until they get it. To me that’s more like ‘work’ and not ‘fun’ - which is probably why I’m not winning any large tournaments. I tend to shoot more from a rolling ball vs. a stop, I tend to not really stop the balls too much (although that depends on the game). You might benefit from the off glass drill because you do shoot from a trap a lot.

I don’t think my shotmaking is bad, my largest deficiency is I don’t care for most of the newer rules laden games and don’t bother to learn anything other than maybe how to start a multiball. I should probably just play classics! Anything past Monster Bash era I just haven’t learned, and the 90s were pretty spotty as well. 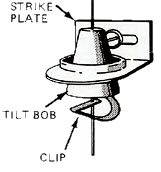 How to hit a shot

I haven’t seen any discussion about this, and it’s the singular most important skill in pinball: hitting a shot. I could watch all the tournament footage in the world and learn all about rules, strategies, nudging, control, recovery, and what have...

Hello fellow TiltForum Members, I am looking for advice regarding aiming accurately from traps as compared to on the fly. I know mileage helps, but if I am shooting for the same target/ramp/lane and KEEP on missing it. i’m in the habit of choosing...

If your fingers are too tense, sometimes that can hurt accuracy. For a discussion of tenseness and performance, check out “The Inner Game of Tennis” book, which is very applicable to pinball in a lot of other ways too.
Also, your viewpoint helps. Is your head low (Lyman style), or high (Keith style, more upright)? One way might work better than another for you. I personally stay high and look directly down on the flipper for some shots (repeating center ramp shot on TOM for combos) and I get my head down low for others (the tight multiball start on DM). Everyone’s different, but you can keep experimenting.

Sometimes accuracy suffers because you try too hard. You conscious tries really hard to time the shot perfectly and ends up sending delayed and conflicting messages to your nervous system to make the shot (brain to fingers). This happens especially in stressful situation, e.g. ball 3, chasing, need that multiball start shot and brick up a house.

I typically use the playfield to gauge the geometry of a shot. In terms of just being accurate, for me it’s a mix of practicing a particular shot angle on various pins and vision training. A couple of times a week I’ll pick out a shot on one of my pins and keep playing until I hit that shot “X” number of times. Could be 20, could be 500. Depends on my mood.

What really helped me get kick started was years and years of vision training during sports prior to picking up pinball. I started back up doing them late last year when I decided to start playing tournaments competitively and it has really helped my game by leaps and bounds.

“The Inner Game of Tennis

I’ve yet to see a lengthy conversation about improving pinball play where this book doesn’t come up. I’ve not read it, but there seems to be something to it. Maybe it deserves it’s own thread or maybe I should just read it.

who do y’all think are some of the most accurate players? I have noticed some newer players in my area who are way more accurate than I am (but I am not very accurate). Wonder what those folks would say - I am sure some is native but for some they’ve probably developed their aim well over time.

I’ll put Jesse Baker from Cincy’s accuracy up against pretty much anyone. According to him he feels he had a lot of it right away and then just makes sure he’s playing all the time. He also looks at the flipper to aim.

He also has competed in high level fighting games for 10 years.

I know some other really good shot makers that have backgrounds in fighting games.

I was basically unaware vision training existed until just now when I googled it. What sorts of vision exercises do you feel transfer well to pinball?

Exercises that emphasize visual tracking, that can be used to track speed / trajectory of a ball and exercises emphasizing in focus flexibility. Both of which carries over well with a pinball. There’s several different kinds that easy to learn, it just takes takes a lot of volume to really get a difference.

My aha moment came after Pinburgh when I kept bricking a ton of shots. I had been doing vision training, but by far played the worst I ever had to the point that after 2 games in Intergalactic qualifying I packed up shop to go get a beer. I realized I needed to combine vision training with being in the optimal stance for my vision. Thus I went to standing more upright to keep my vision level consistent and just staying calm with my posture. I started doing that in September and got an instant boost in my overall game. What I’m getting at is, if one can combine vision training with an optimal posture that allows them to be efficient with tracking and reaction time, your game will improve very quickly.

But in terms of vision training, having grown up playing a lot of ball sports and tons of first person shooters really naturally translated to tracking balls and reaction times to situations.