I know the topic subject sucks, I couldn’t find another way to word it…

So I am not talking about player state ranking but state to state ranking? A couple of visitor came down to Seattle and were saying how “Seattle has the most events in the country”.

It made me wonder, if there a way to get IFPA data on overall state events, or WPPR? WPPR/events, players per event per state or other fun stats like that?

I am a DB dummy (hardward PM here…) so I am not sure how or what can be extracted from the current IFPA DB? Most active TD or points per TD could be interesting

As a quick n dirty proxy, point total of the #1 of each state is a good metric. I was surprised WA is beating NY there :).

If you get to do something automated, total points awarded per state would be pretty interesting, since it incorporates both # of events and the “quality” of those events.

This is where I say something like can you just API that stuff . . . still having no idea what that actually means.

You can always ask @Shep

I’d think PA would outrank both NY and WA. If not then its a total surprise.

holy crap… 911 tourneys in Washington??? what time period does that consider?

What is the difference between column 2 and 3?

is 2 total points accumulated by State people from any state and 3 Points awarded by state event unknowingly of where players are from?
Major do skew the results haha

What about state points earn by state players?

Even with majors quite a bit of the pts are taken away from majors by out of states I assume?

holy crap… 911 tourneys in Washington??? what time period does that consider?

It’s for all time. When I get more time, I might get creative and split it out more (this year, last year, etc).

What is the difference between column 2 and 3?

Very interesting data. Pretty far down on the list here in CT with 25 events, but then I realize I ran every one of them and none are weeklys or anything small/quick like that. All 6-8 week leagues with finals or major weekend events. Funny though if you look at all the states for several ranks above us we nearly quadruple the number of points awarded in significantly less events.

Someone get on that

KY is right there with ya! I am stunned there’s been 49 tournaments in KY. Has LAX been around that long?

We just started posting results of our weekly tournaments.

That’s great. I need to make it down for some. I’m going to try and start something here in NKY in the not too distant future.

And that number doesn’t include all the non IFPA sanctioned tournaments we hold! I can think of at least 7 events a month that don’t count for points.

@LOTR_breath ha ha - when I grew up in Auburn, we were always like, “thank god for Mississippi”

here are some geo plots of the data that @Shep posted. I’d love to create multiple versions of these over each year and loop it on a gif, but that will be a lot of work. maybe for another day. 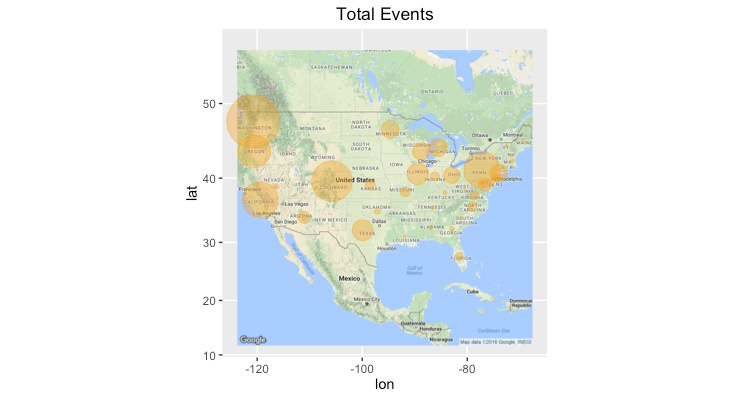 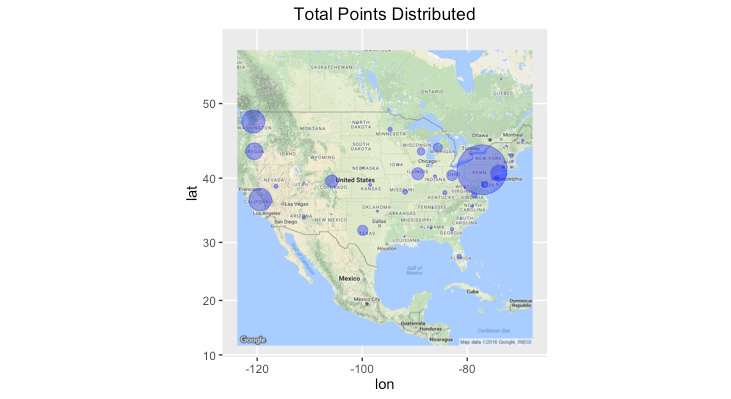 I’m curious, do the circles in Washington also encompass Portland? I would have thought we’re big enough at least on number of events to deserve our own.