Wanted to create a new thread instead of adding it to the IFPA App thread. 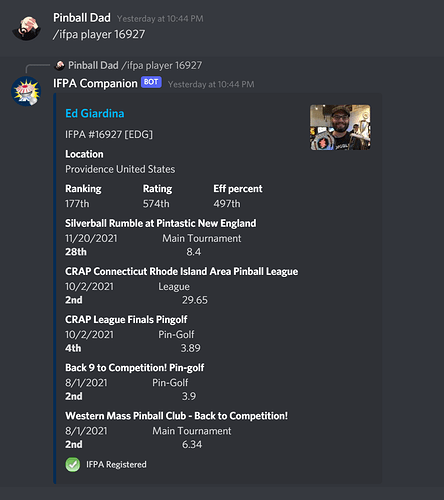 TL;DR add the bot with this link. I am collecting zero data on the bot’s use and the bot ignores all text that doesn’t start with /ifpa so privacy shouldn’t be an issue.

Discord - A New Way to Chat with Friends & Communities

Discord is the easiest way to communicate over voice, video, and text. Chat, hang out, and stay close with your friends and communities.

The bot has a help command and is being actively improved but as of today you can:

Hopefully someone finds this useful, and contributions and requests are totally welcome. I’m also interested in a slackbot assuming I can find a good framework. I was heavily inspired by Corey Hulse’s thread where he created an NACS bot. He and others helped me understand what people would want to see and gave me ideas on how to display data. 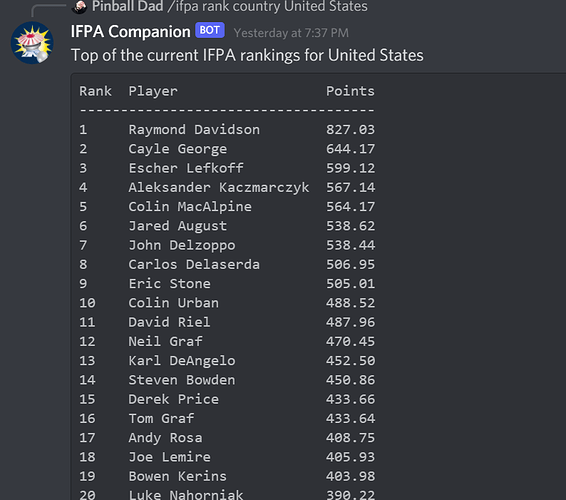