Folks,
this time locked up has allowed me to finally get round to coding something up, (forgot how much fun it is to write code) something to use with double elimination groups, eventually I might add the double elimination capability also depending on how bored I am throughout this period!

Many of you won’t like this. I know in many double elimination comps we get queues or people always wanting to play the same game which keeps it simple; but last year everyone wanted to play GOTG in our tournament (despite the fact I’d made it super fast and put lightning flippers on it) I got fed up of managing the queue and I was worried it would delay the tournament. This system just allows you to book out a best 2/3 match with three games. It offers games that are free -> randomly, I plan to use it at the UK Open later this year.

So the platform allows:

Enter the games you have to play…
Lock them out of being selected if they have faults.
Enter each players name to the system - the system will allocate three games from the pool and then locks them from being selected un![Screenshot 2020-03-26 at 10.40.13|690x360] til the TD releases them. it won’t allocated games if there are none in the pool. Or allocate the same game twice.

or if those want to use this I might figure out how I make it cloud based so you can just use it if you don’t have technical knowledge. 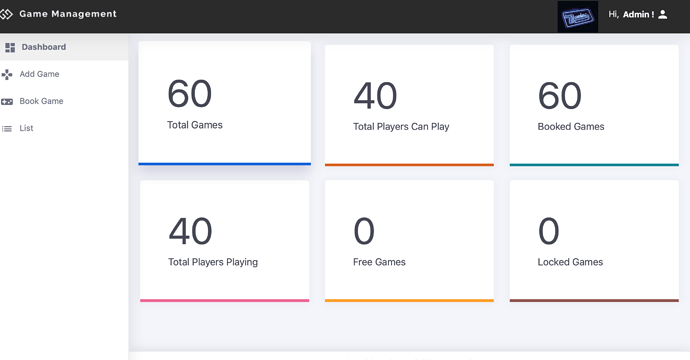 I might add the double elimination capability also depending on how bored I am throughout this period!

I’ve had a half finished double elimination bracket builder sitting for over a year because it’s such a pain. It’s just about the least fun thing you could be coding up

Yup and I’d much rather it was in matchplay

I wrote a single/double-elim bracket for Play Mechanix and wound up just brute-forcing bracket placements into a database lookup. Don’t try and do it progmatically, trust me.

Some of us have to learn our lessons the hard way.

I was like “single eliminations brackets are super easy to do programmatically, it can’t be that much extra work to tack on the loser’s bracket”

I so appreciate all the things that Match Play can do, and thankfully, for the one thing it can’t, there’s Brackelope! I know that DE brackets have fallen out of favor, but I still run an annual 128-person DE tournament, so I’m happy that there’s some support out there for every event type.

Once I figured out how I wanted to do it, the thing was done in a couple days. Think I supported up to 256, but doing more than that is “easy” in terms of spending the time to add the seeding entries and win/lose game # destinations once for a given size.

Also, what I wrote did the easiest thing of giving the higher seeds the byes for NPOT participants. Byes would “lose” automatically and fill in the resultant loser’s bracket entries as well.

Neil, I haven’t touched the code in ages but I’m pretty sure I have the algorithm to support any size DE brackets. If you wanna jam and can read Objective-C email me at isaac@brackelope.com

Isaac, very kind I will email you.