In an effort to further promote and grow Delaware pinball, First State Flippers proudly presents the first ever kids pinball tournament in the State of Delaware. The purpose of this event is aimed at attracting kids who have never really played a pinball machine. Delaware has very few public places to play pinball in the wild, so hopefully this will help get younger kids more involved with pinball. This will be a non-IFPA tournament, as the focus of the tournament is really to get kids just playing pinball. My kids are helping promote this by taking flyers to school and I also sent it out to the entire 400 home association. Initially I was hoping to just get 15 kids signed up and I would be ecstatic. After promoting this event for the past month the numbers are pretty good!

I’m pretty stoked that I have 24 kids signed up for this tournament so far. The reason I’m so stoked is because pinball in the wild doesn’t really exist in Delaware. The few places that have machines are mostly bars, so kids never have an opportunity to play them. Then on the other hand the few public places that actually have pinball machines, have crappy condition games that barely work. Of the 24 kids coming so far only about 6 have ever played pinball and 4 of those kids are either my kids or neighbors. 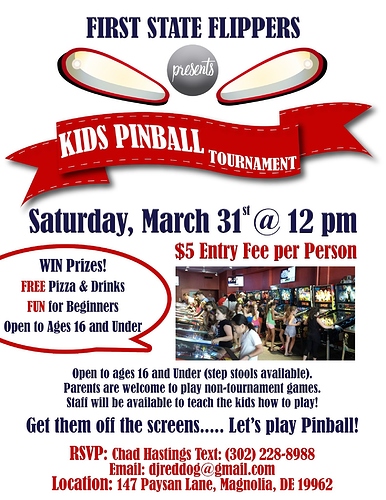 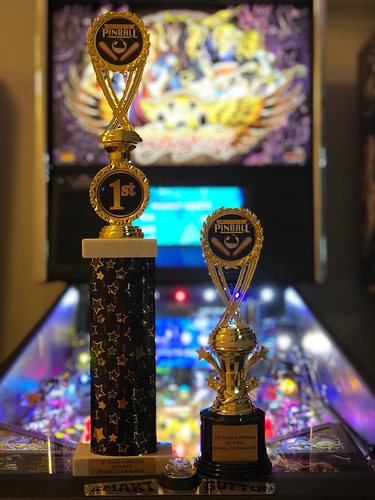 First State Flippers along with Chad & Marianne would like to thank all the parents as well as the kids for coming out today. As I mentioned before, I’m so ecstatic over the number of kids that came out to this event. Everyone had a blast!

And now for our winners! We created 2 divisions today based on age. Division “B” was for anyone 10 and under and Division “A” was for ages 11 and up. Ages are in parenthesis. 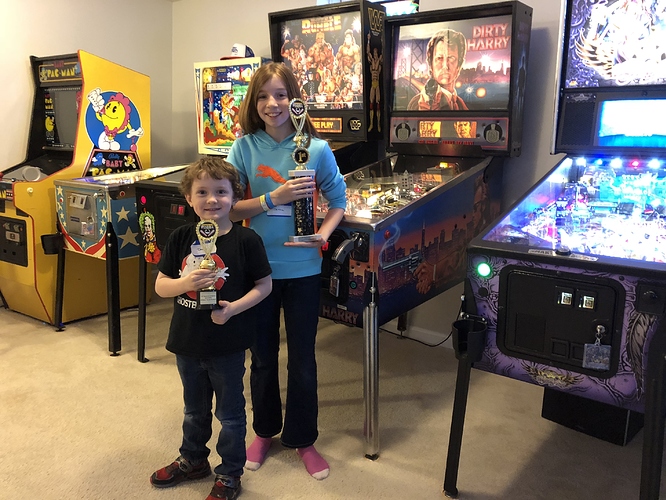 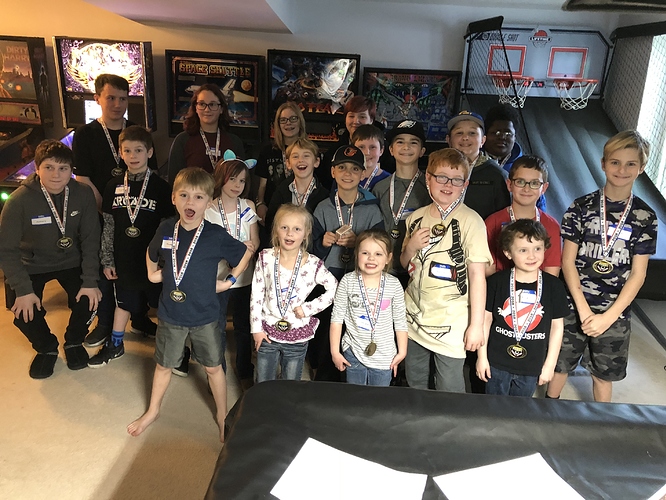 Look at that turnout! Awesome job putting this together, i’m sure the kids loved it

They all had a blast. The 5 year old that won First in the B division was so excited. It’s his first ever trophy. When he was leaving he said “Thanks for the trophy”. I told him he earned it!