Jumping off from my post on the DI thread… I have a habit of taking a photograph any time a ball lands in an amusing situation (‘stuck’ or otherwise), and figured other folks might do the same and be interested in sharing. Here are a few I’ve collected over the ~2 years I’ve been mucking about with pinball: 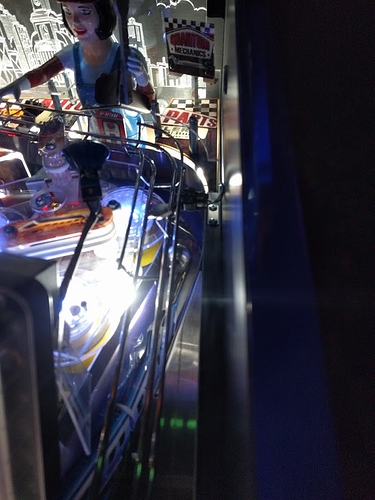 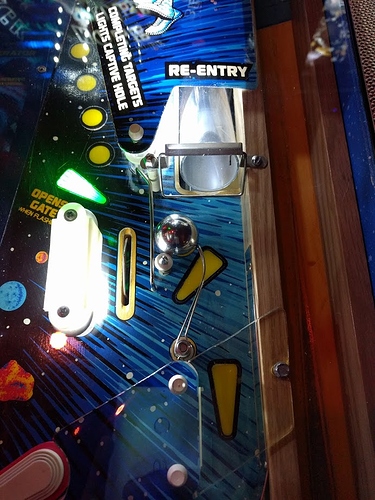 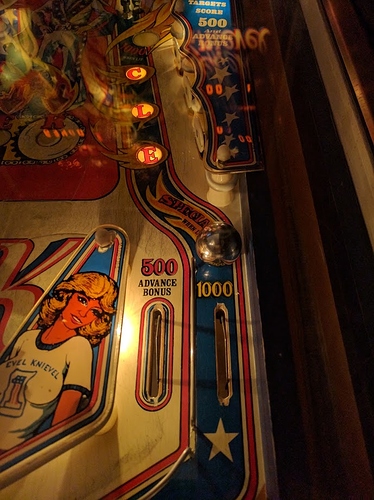 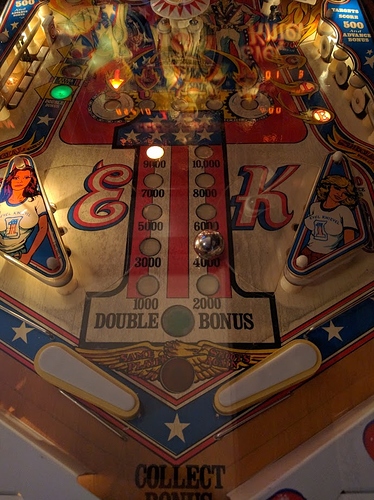 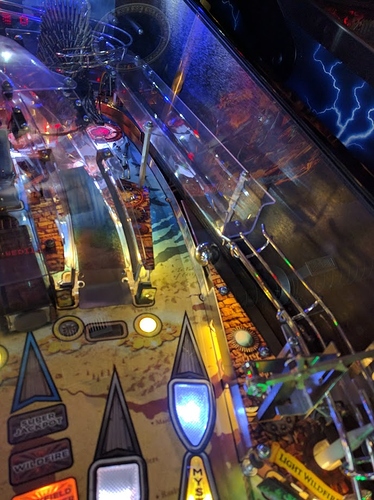 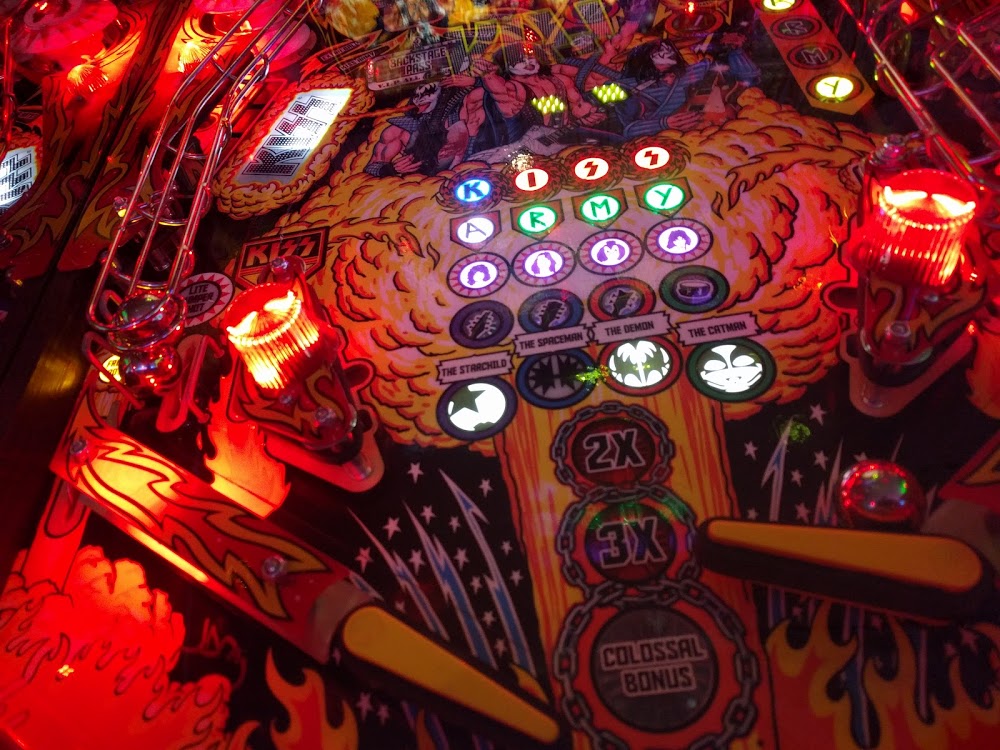 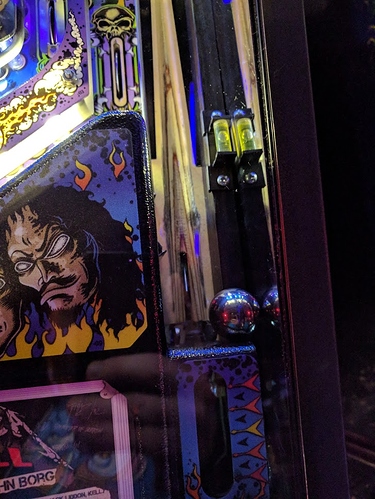 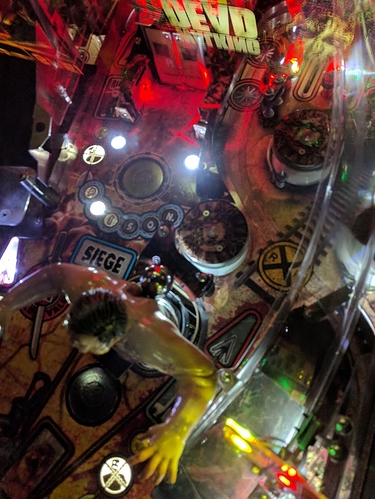 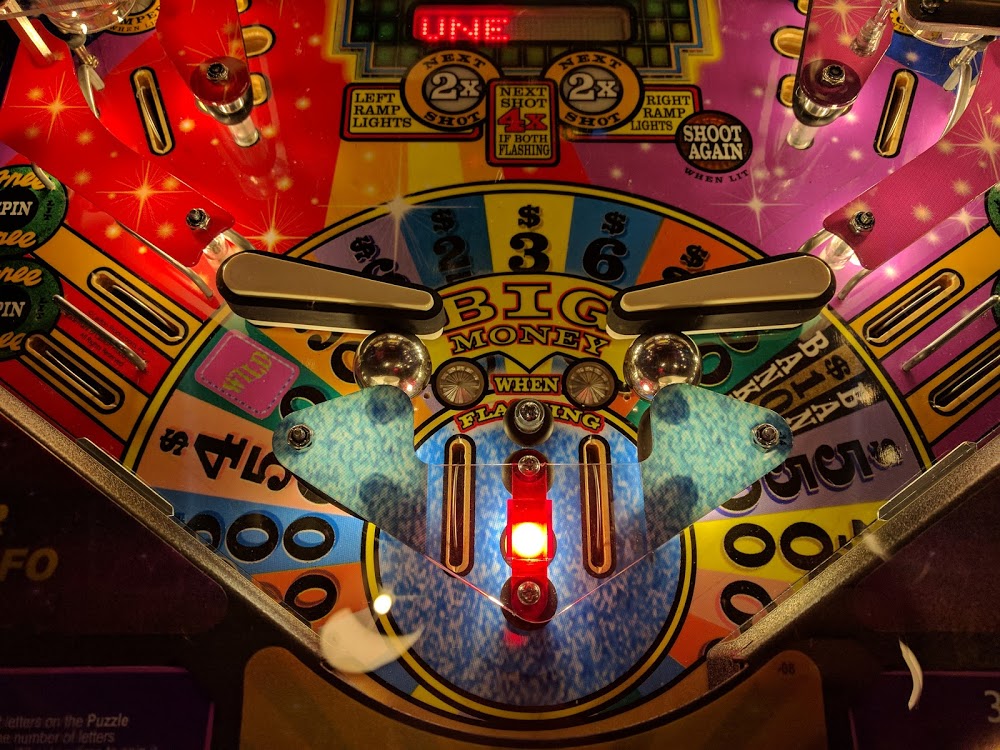 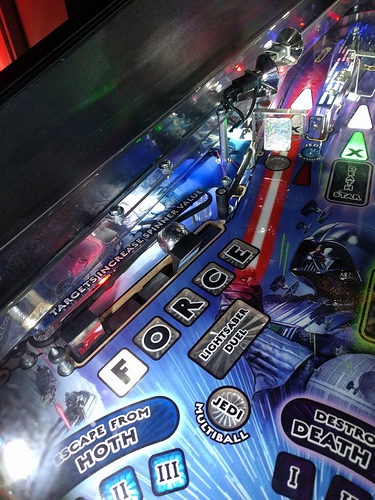 Between the left ramp return and the GLASS on TZ. Got there off of the bent-back scoop 5M target.

I can handle nails on a chalkboard, but not the sound the glass made when attempting to remove it with the ball jammed there.

My favorite: balls collide during multiball in Medieval Madness and one ends up perched on top of the front left castle tower. Take a look next time you’re at one. No possible way to free it without removing the glass (aside from turning the machine upside down).

Second favorite: TWD won’t drop out of MB even after being down to one ball. When that ball drains, it goes into ball search. We open on the machine, look everywhere…check the trough. It’s still missing a ball. For some reason it occurs to me… 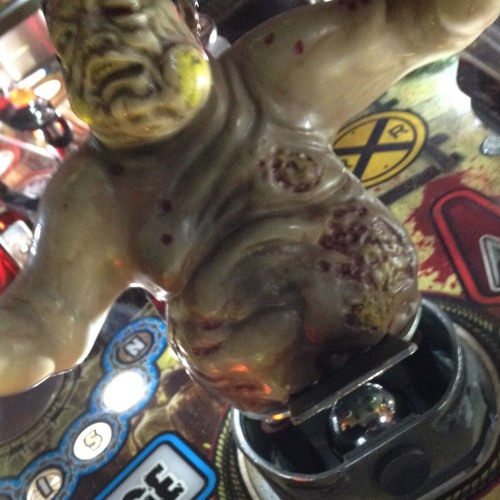 And a pic of MM. It was the left castle tower. There is barely enough clearance between the glass and the top of that tower for a ball to squeeze through. 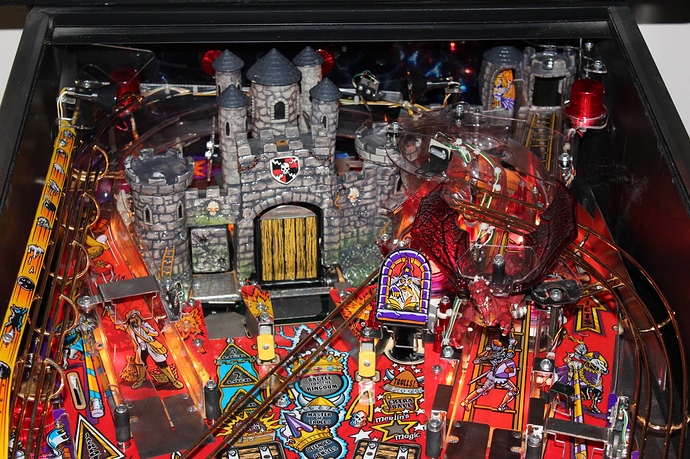 On Star trek in the pop garden with hundreds of dollars on the line in a tournament. That’s pinball!

It's about pinball, dummy! 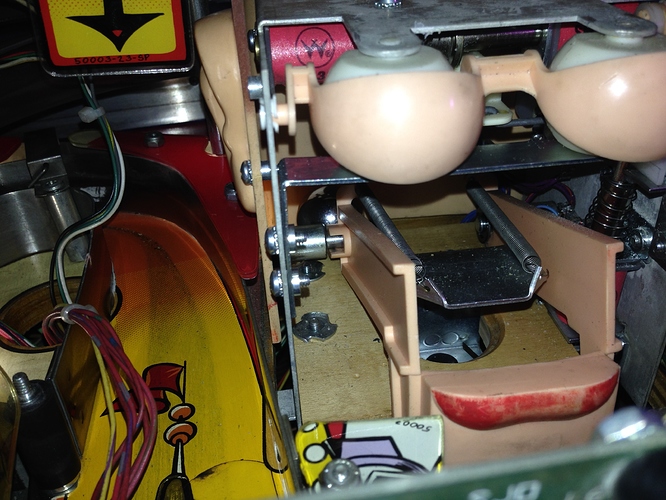 When World Cup was on test I got a ball stuck between the plastic above the Final Draw scoop and the scoop itself. The arcade attendant freed it and when Larry came in later to check the game I told him about it. Next time I came in it was screwed down, and that’s how it went into production. I always like to think of that as my screw. 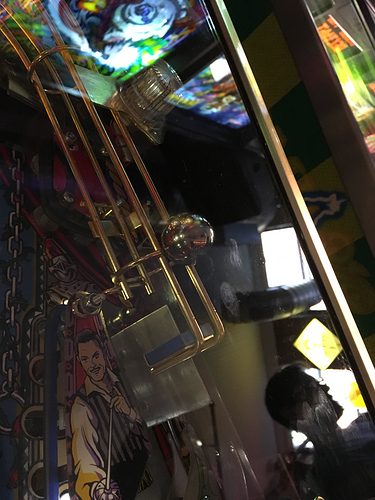 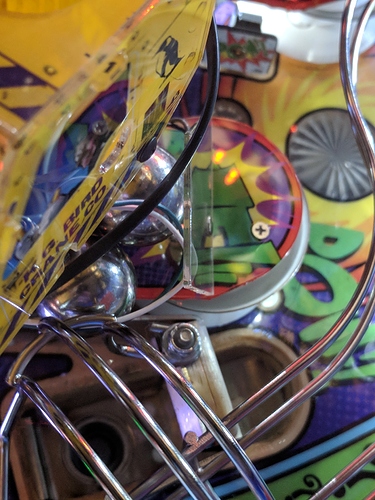 The crane from Batman 66 needs a counterweight apparently 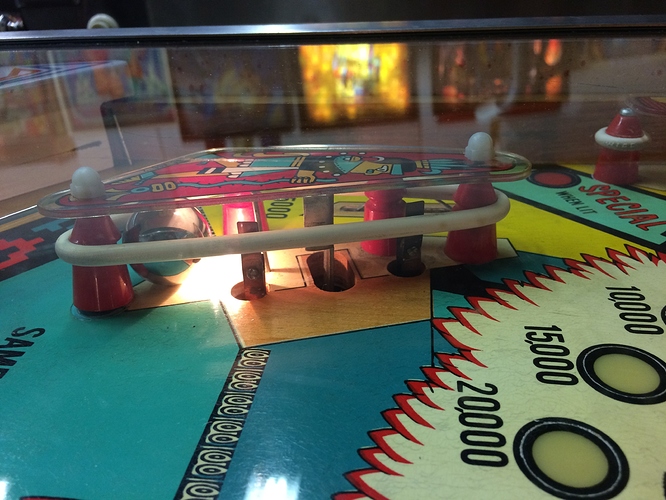 Technically, not a stuck ball, but here you go 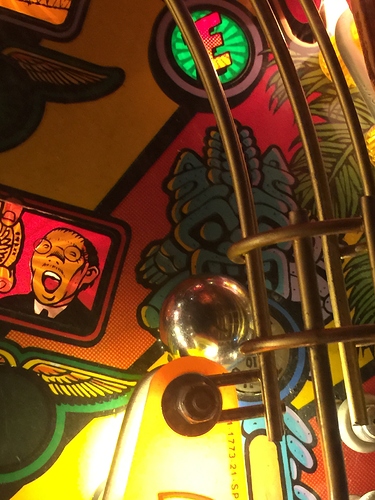 I suppose this one’s also not really “stuck”, but the fact that I had time to whip out my phone and take a picture of Clowny McClownface here pointing at it… 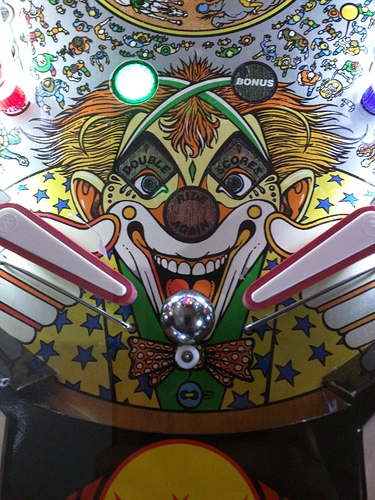 This isn’t “stuck” but happened after the game cleared the toy box with 5 balls locked. 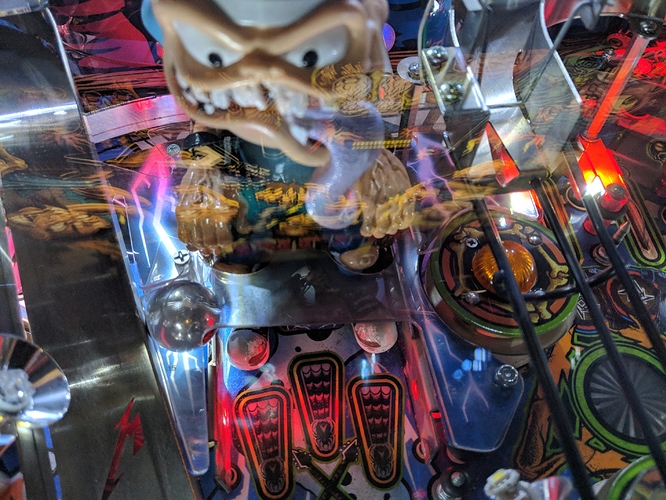 it was in there good too. Couldn’t shake it out. 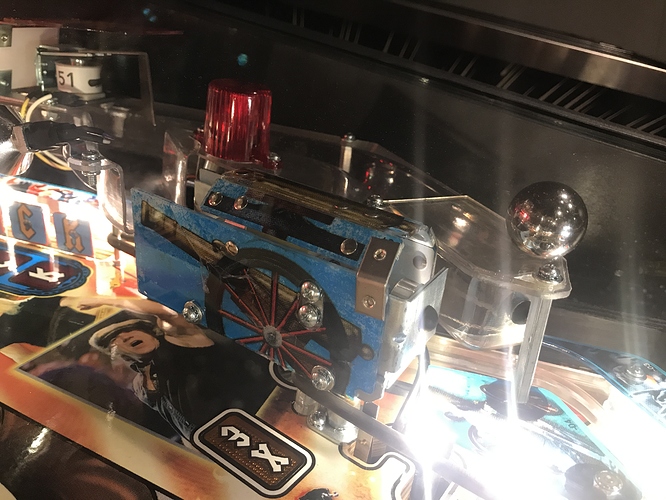 Pinned between the ramp lid and the glass.

Missed it by that much. 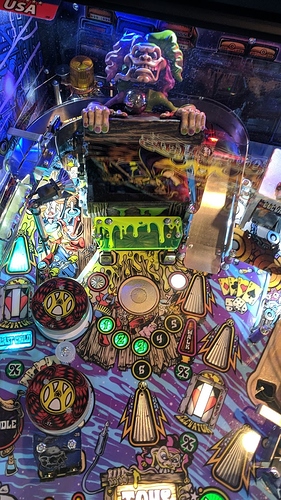 A little hard to see, but WD LE, 2 balls under the crossbow and one on the CDC ramp. 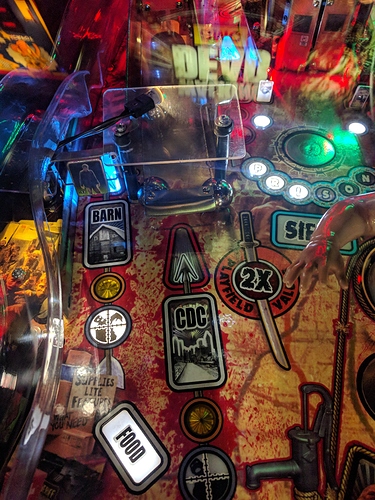 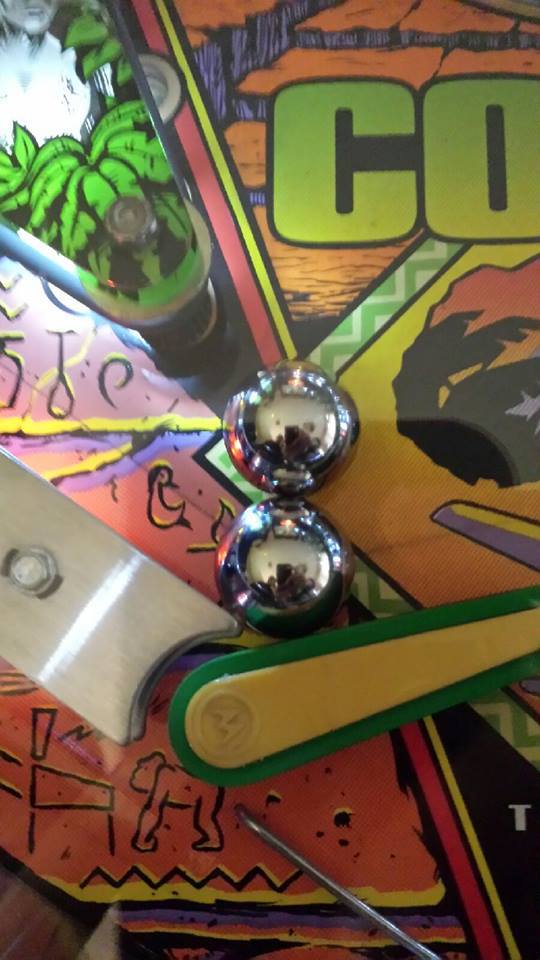 That happens often enough to have a name?