Looking forward to my first Pinburgh (assuming the waitlist works out for me), I’m trying to watch a few videos of past competitions, Pinburgh and otherwise. I still have a great deal of improvement in my play, so I’m just watching anything without much rhyme or reason, except just trying to see how others play. I’ve learned recently that I personally learn more watching real competition, instead of tutorials (which are great, just not how I learn).

What are your favorite recorded streams of competitive pinball, either because you find them helpful to understand a particular game or simply because there’s drama in the outcome? I’ll start with game 2 of the 2012 NW Pinball championship on Jackbot, which has made me obsessed with that game and helped me have a marked improvement playing it:

One of my favorites was just recently recorded. This epic game on Bow and Arrow with Phil B and Eric Stone. Levi commentary puts it over the top!

“And I once saw a whale giving birth.”

This one is my favorite. I think it was the first competitive video PAPA recorded using the Elwin Brothers rig. Extremely competitive finals game and no pesky commentary to boot!

If you ever wanted to see how to play Dirty Harry, Game 1 of this finals is for you! (The game on White Water is pretty epic, too!)

If you ever wanted to see how to play Star Trek, just watch Jorian at Pinball Expo 2014 (I believe there are 6 different games of it!)

If you ever wanted to see the epic Game 9 at the IFPA-11 World Championships on Medieval Madness between Jorian and Keith:

Sorry, @pinwizj forgot to press “Play” on the camera…

If you ever wanted to see the epic Game 9 at the IFPA-11 World Championships on Medieval Madness between Jorian and Keith:

Sorry, @pinwizj forgot to press “Play” on the camera…

I just pressed “Play” a little late . . . the footage of Medieval being broken down though after the tournament was over is an excellent watch 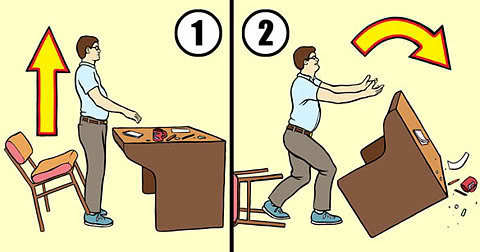 I also enjoy watching the great games, but I think I enjoy the bad and average games just as much. I recently watched pinmasters. https://www.youtube.com/watch?v=Y-IbgtE2neE I am thankful they included qualifying. It makes me feel good when I see up and coming players I’ve never heard of doing well and I also enjoy seeing the top players stumble. It’s also nice to compare styles of play and different strats. When you watch a tutorial you generally get one persons opinion. And often they are teaching you have to get a huge score or to a wizard mode. Tourney strats are way different. Pin golf strats are different still.

I am excited about the amount and quality of recorded pinball out there. Thanks to all who help create it.

I’d almost like to see these competition videos ranked…see which format people like the most. My initial reaction is that videos like Bowen/Elwin fish tales will be the most enjoyed, with dubbed commentary and no downtime in the recording. However, this comes at the expense of live reactions, and game sound/ambient noise to an extent. Which viewing experience do you prefer? Which do you think a casual observer would prefer?

I hadn’t thought about this approach before, but I think it would be a helpful way to strategize. I agree with you someone about tutorials and the quest for wizard modes. I tend to benefit from them to some degree, but I’m not yet a skilled enough player to execute many of the strategies discussed. I don’t have games of my own, so my opportunities to practice are limited by money and time (fortunately, being that I live in Portland, not a shortage of places or games to play) and the information from tutorials can overwhelm me. On the other hand, when I watch people at weeklies play I tend to pick up tips and see some things I might want to avoid, so I see how watching qualifying rounds could help in a similar way. So thanks, @mizary for this idea! It might really help.

Likewise, as you said, thanks to all those who are recording and sharing pinball for us to learn from (or be entertained by)!

My ideal would be to mix in game sounds and crowd sounds with dubbed commentary.

That’s my favorite style too. We tried it with last year’s Ohio state finals and I’m happy with how it came out!

I watch Keith and Zach play GoT when I’m bored.

I’m not going to dig for it, but the three way tiebreaker between @FunWithBonus, @JPW, and Escher on Dracula from PAPA a couple years ago was absolutely epic.