I was watching Skratch Bastid on Twitch last night and noticed some pinball machines in the background. 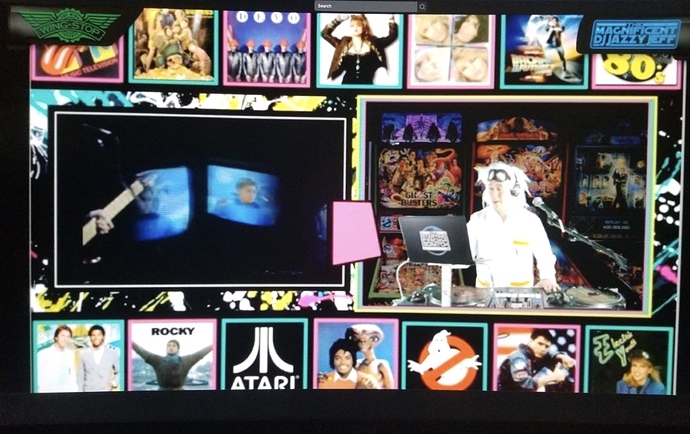 Definitely not his normal setup, he’s usually in front of a wall of records. Are you sure that’s actually him? Hard to tell with the screen cap, and the Doc (?) costume, but the man has a beard and is pretty distinctive. That doesn’t look like him.

definitely doesn’t look like him, since yeah he has a beard and it’s his logo.
Also laptop stand is not the type he uses, and his laptop has a decal of him on it.

oh it even says Magnificent DJ Jazzy Jeff in the upper right corner. So after some twitch streamers log off I think they can send their viewers to other streams automatically, and that’s probably what happened for you.
this screen cap is from this: https://www.twitch.tv/videos/999477053

OK found him, it’s DJ Starting From Scratch: https://twitter.com/djsfs/status/1385733053767684106
he’s just throwing up random retro-looking images, most likely unaware that his pinball photo is not from the 1980s

Yea, DJ Jazzy Jeff has been hosting DJ dance parties and I believe he had Bastid on the stream, but when I checked it out and noticed the pinball machines, I thought that was Bastid, but it’s clearly not.