I was wondering if Country Ranking could be something that would be of interest to display on IFPA Profile Pages?

One of the competitors in the DE SCS today (Rob Thomas) printed up some awesome commemorative sheets for all of the people involved in the event today. First, I thought that this was such a cool way to give a snapshot on the day.

While I was looking at it, one of the items that Rob grabbed was not only World Ranking but also Country Ranking. 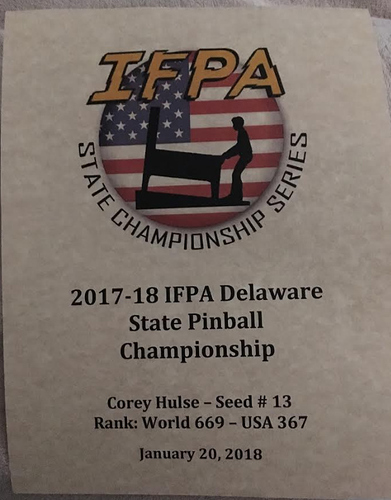 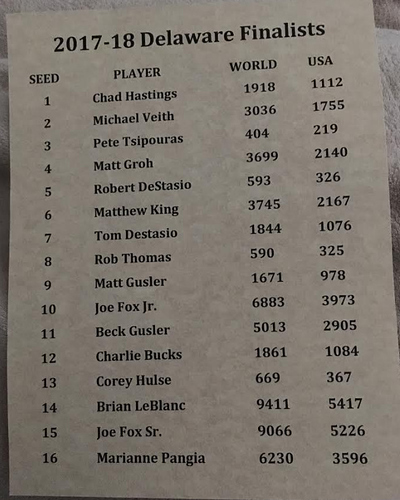 Country ranking isn’t something that I’ve spent much time thinking about or being conscience of. World Rank (and individual State/Provincial Rank) were numbers I would normally pay attention to, but if we have Country ranking on the Profile page it could be more ingrained as a stat that people are interested in.

Paging @Shep on this one

I added it to the list, but it might be a while before it’s added. The country rankings pages are dynamically produced from base rankings, so the data isn’t readily available to be cherry picked.

Thank you Josh and Shep.