Campaign to secure outlane posts under the PF

I’ve just pinged Jodie at Stern with the following request. Would anybody else like to see the return of outlane posts that can be moved in 5 seconds (eg mid 90s B/W) instead of taking off 2 ramps?

"Hi Jodie. I love what you and Stern are doing. Your pinballs are awesome and I keep buying them over here in Oz.

Please, please, please have a chat to Stern about putting in outlane posts like the old bally williams. I run IFPA tournaments here in adelaide australia and it takes me 10 mins to set up the outlane posts to difficult on all my bally/williams and half a day to do it on sterns, taking off ramps etc. Then I have to move them back again after the tournament. See attached pics (You’re a player, you know what I’m talking about.)

The reason outlane posts are a PITA for me is I have set up 25 machines at work and I am trying to get as many beginners as possible thru here playing the machines - customers, friends, staff, family of all of the above. So I set the machines up really easy. I also hold non-IFPA tournaments for them. Then when the IFPA tournaments are on and the best players in the state rock up, I set the machines to brutal. This would take half an hour instead of half a day if the post screws were under the playfield not under ramps etc.

Other tournament directors say the same thing to me. I have operators who would hold tournaments except they are not willing to move stern outlanes. And they won’t hold tournaments when the best players take 1 hr for a 2 player game and keep them on location until 3am in the morning.

I love pinball and I am all about spreading the word, otherwise pinball dies with this generation as Gary mentions over & over. Cheers, Greg’"

I’ve always wanted to design a machine with motorized outlane posts. The longer the ball in play the wider they get

Which Stern games are you describing? My Lord of the Rings and World Poker Tour have posts that are pretty easy to move. Maybe your pictures would help. 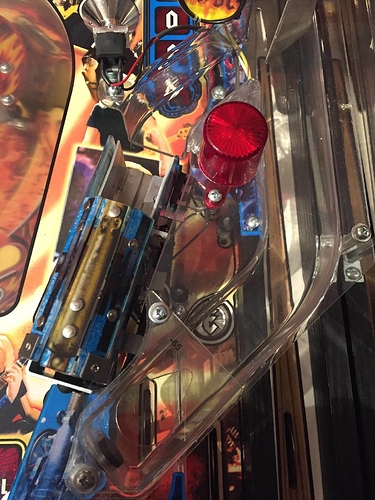 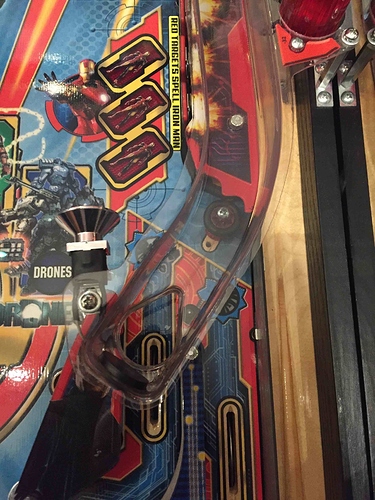 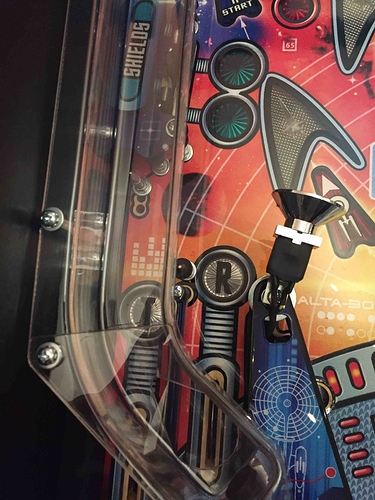 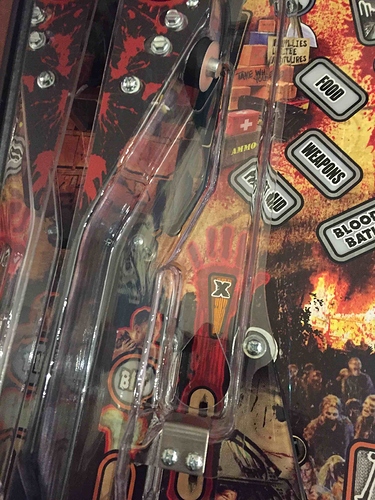 The genius that is the Bally/Williams solution: 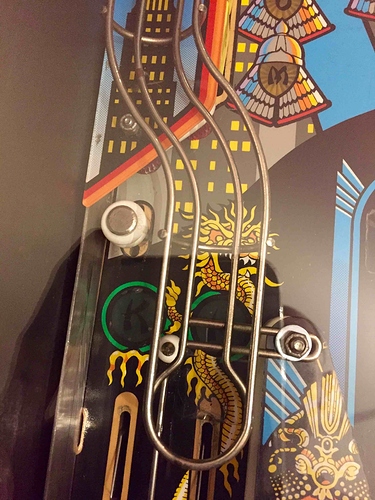 Maybe one of the parts or mod manufacturers can come up with an aftermarket solution that we can retrofit to all our Sterns?

Not unless you want to modify your entire PF.

Sterns just have individual holes, where as old Bally Williams have a slot to move the post up and down.

IMO, leave them open and tell everyone to stop sucking

Stinks to have to move ramps around, but something like this tool is recommended for squeezing into small spaces and being able to unhook as little of the ramp as possible.

I’m about to use mine today, in fact, to toughen up a currently cinched-down Iron Man.

IMO, leave them open and tell everyone to stop sucking

I wish. Unfortunately, these are people to whom I must explain how to press the start button. While they’ll probably lose the ball down the middle most of the time, the key to getting someone hooked on pinball is that first game where they feel like a pinball god, and tight outlines helps a lot.

There are other software settings you can do to help with this too. Set EBs for score and have those score levels very attainable. Max ball save, very loose tilt, etc.

I end up taking the rubbers off because they take way too long to move.

I end up taking the rubbers off because they take way too long to move.

I hadn’t thought of that, thanks. It takes the nudging skill out of the equation, but better than nothing.

Someone actually tried to patent that idea, no one I’d ever heard of before. Seemed to be the throw-it-at-the-wall type IIRC.

It got rejected and abandoned. Kind of funny, though, but I’m not sure what they were going to do with it. Sell the idea to a manufacturer? OK yeah, sure, we’ll add $100 worth of parts to change an outlane gap 3/16".

Could it be an issue with plastic ramps versus metal ramps? Looks like in those photos, all of the Sterns have plastic ramps, whereas The Shadow has metal habitrails.

That being said, except for The Walking Dead, the ramps end at an angle compared to the inlane (I’m guessing to control the ball’s speed), and with The Walking Dead, there’s something that extends downwards. I looked up what the Premium Edition has (the Pro one ends in metal too and is out of the way of the left outlane post), and it connects down to the cannon at the bottom. With such a design, I don’t think there’s a way to design it such that it’s not hovering right above the outlane posts. I’m seeing a similar issue in The Walking Dead with the RIGHT side, however.

The example in The Shadow has a nut on the underside of the PF. Simply hold the post with one hand and release the nut with a nut driver, slide the post to the desired position and tighten the nut. This literally takes 2 seconds.

Some Sterns take 20 minutes to do both posts, taking off ramps and other stuff and then putting them back. Then it’s 20 minutes to put them back when the tournament is over.

I like your idea and agree that it must suck to have to do all that just to change outlane posts, but I don’t know that your premise (people must play well to get hooked) is right. Maybe we should do a study to learn what it is about early experiences with pinball that gets people ‘hooked?’ I would be interested in seeing it.

The example in The Shadow has a nut on the underside of the PF. Simply hold the post with one hand and release the nut with a nut driver, slide the post to the desired position and tighten the nut. This literally takes 2 seconds.

Some Sterns take 20 minutes to do both posts, taking off ramps and other stuff and then putting them back. Then it’s 20 minutes to put them back when the tournament is over.

I see. Thnaks for the explanation. I don’t know anything about changing outlane posts as I’ve never done it myself.

I’ve only ever looked at Stern’s outlane posts, which have three separate holes. Are the holes of other manufacturers connected?

take a look at @onetaste 's post above showing The Shadow outlane post. What looks like additional holes above and below the post are actually just the upper and lower portions of one continuous slot where you can slide the outlane post in infinite # of positions, rather than 3 discrete locations.
Many Bally/Williams did this. It’s a nice feature, to say the least.

I did look at the photo, but now that you mentioned it, I see it now. I thought those were the upper and lower holes; the idea that they’re one continuous slot never even occurred to me. Bally/Williams games out in public around here are rare compared to Sterns.