I had this stupid idea that it might be cool to run a camera on one of the machines at leagues. There happens to be a TV right above the machines and I already own two cameras that may, or may not work. They are wide angle, so it’s probably going to look stupid. I have one Contour and an Ion, both of which I use on my motorcycle.

Anyway, to minimize expense, I bought a cheap suction cup mount and an HDMI cable. I was going to try and plug directly into the TV and suction cup the camera to either the top of the machine or the translight. Has anyone tried this before? Another guy has a GoPro Hero 4, that he said has a setting to turn off the fisheye functionality.

There also isn’t any way to turn the TV so the image is going to be really narrow.

I was just wondering if anyone had any suggestions? Does anyone cart a bunch of stuff to the location where they play, or is the streaming typically coming from someone’s house?

To answer the last part, streams have definitely been done on location by quite a few streamers.

I’m not familiar with the cameras, but I’m assuming they are small. I think the trouble you’ll run into with the suction up on the translate is getting the playfield from top to bottom. Tripod microphone stands can be had for less than $20 on Amazon. This would enable you to position it more centered over the playfield, and give you flexibility to make it work as best as possible. A clamp would be another $15-$20. If you don’t want to spring for that you could Macgyver it on there with some duct tape.

Yes, both cameras are pretty small. I’m not sure how long the battery would last, but I really just want to test something out and see if the other league members like the idea.

I didn’t think about not being able to get the entire playfield. Good thought.

Just a regular microphone stand? Maybe something like this:

I’'m pretty sure I have a handlebar mount for my Ion that would work.

Yes, something like that. I think you can find a generic one for a few bucks cheaper. No need in paying for a brand that deems it necessary to put a ® after their name.

If there is a way to direct power it, I’d look into that.

I bring my own TV when I go on location. It’s always well received. People like being able to see what’s going on without having to hover over the player.

Do you have a mount / stand for the TV that allows you to turn it sideways? We have plenty of room where we play and as light as flat panels are these days, I wouldn’t be opposed to lugging one along.

No. Those things are rather pricey, and would mean more to carry around. I just find something to lean it against, and then clamp this thick rubber piece on top in case someone knocks it over… which has never happened. I got mine as an open box buy for just under $300. It’s standard now for them to have a place for a mount. I streamed from the Marco booth at Southern Fried and they had the piece that let me attach it to their booth rig. 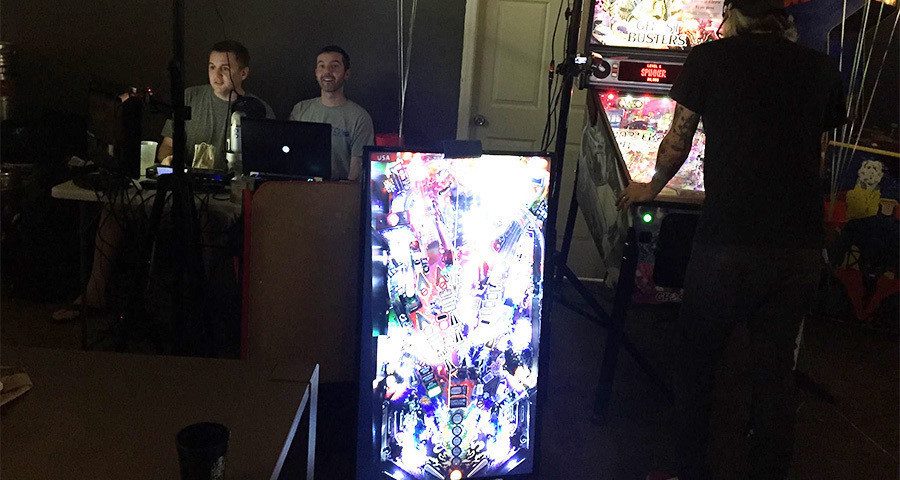 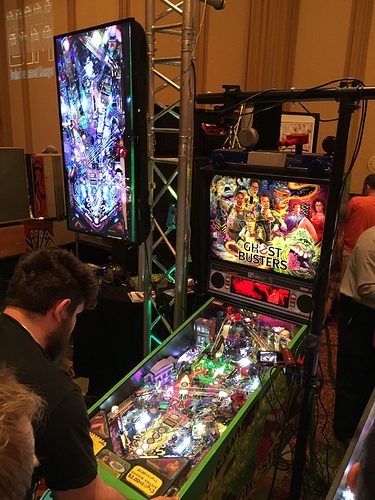 Thanks pinballr. I actually have a 32" in my closet still in the box. It was one of those buy a Dell for more than $599 and get a free TV things. Maybe I’ll just haul that over and lean it against a table or something. Too bad I can’t use the stand it sits on to turn it sideways.

We’ll just have to test out the cameras and see which one works best.

For camera rigs, the cheapest option I’ve found is the on stage cm01 $10 and monoprice mic stand $15. If you have multiple cams and a laptop you can run OBS or Xsplit, get your layout and cameras setup the way you would like them to be displayed on the TV and use the monitor function of the software to output what you see in OBS to the TV via HDMI or VGA port on your laptop.

Well, I got the suction cup mount and although it works, it’s not going to work. With the 170 degree fish eye lens on my action camera, you have to get the camera almost dead center and about 2’ off the playfield. The other issue is that I can’t rotate the image and have it in portrait like you traditionally see cameras. It has an auto-rotate function that is keeping me from orienting it correctly.

I guess I’ll have to hold out on the stand until I find a suitable camera. I’m hoping my buddy’s GoPro 4 will work.

I’ve seen recommendations about using a Logitech webcam, but I suspect that’s just for a web feed and not for a live feed. Any dirt cheap camera suggestions?

The c920 is what I would go with in either case unless you absolutely need 60fps. They can be purchased for less than $100 on ebay. If you decide to use a camcorder with hdmi out and want to get the video output to a PC, you’ll end up needing more stuff like a capture card to make it work. I didn’t have much luck with that setup and ended up going with the c920’s.