Anyone wear a golf elbow support?

I am not looking for medical advice, but am interested in others experiences. I have been starting to feel pain that is consistent with golfers elbow and it is impacting my nudging / slap saves a bunch. I don’t know if it is golfer’s elbow, but I thought I might try one of those elbow brace things, probably will not cause harm. Anyone have similar pain and wear one of those things?

Nope, but I do wear “shooter” arm sleeves. 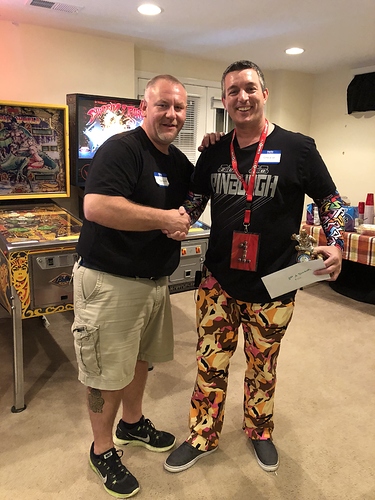 After Pinburgh last year I came back home with exactly those symptoms. I was calling it tennis elbow at the time, but I’m no expert on the difference

I played a couple of events bearing the pain, but it just made it worse, and I regretted playing those events in the six months that followed. I took a very long break from competition and it’s just about gone now

I found some advice that periodically rubbing the elbow (such that you get a mild tingle of pain) helps the healing, and I’d agree with that.

Support bandage did nothing for me, though it might help stop it from getting worse from any mild day to day strains on the elbow

After Pinburgh last year I came back home with exactly those symptoms. I was calling it tennis elbow at the time, but I’m no expert on the difference

From what I read, tennis elbow is outside tendon, golfer elbow is the inside tendon. I am having pain on the inside.

Yeah don’t take these types of injuries lightly. It can really become chronic if you don’t give it the right rest and treatment.

You might have to re-train your body, but my best advice is -

Make sure you are not putting your body weight on the game or on your wrists in your default stance.

Avoid slapping or hitting the cabinet up at mid playfield (try and stick with nudging with the lockbar only).

… Those cabinet slaps and game-side hits really take their toll.

Ahh, in that case then mine was also golfer’s elbow, on my left (weaker) arm.

I had a pretty bad case of tennis elbow recently (unrelated to pinball) and for me the only thing that worked it out was routinely doing the exercises that focus on that muscle group several times every day until it went away. You can find a lot of these lists online, it took a bit of experimenting until I found what seemed to be working for me. If it’s really bothering you, seeing a PT for a couple sessions would probably turn out to be valuable.

And yes, to reiterate what @cayle said, you shouldn’t blow this off. I ignored it for half a year before I finally decided to see my doc about it, and I undoubtedly made things way worse than they had to be in that time. It took several months of consistent work to get it really taken care of.

All of this and more is why I despise games that are built or set up to make it all but necessary to slap the cabinet sideways when the ball is coming down the side to avoid having it trigger the slings or hit the post on top of the slings. Pinball machines should be designed and set up so that the default action is to not hit the machine after a successful shot. And yes, I had this problem once, too, and had to cut back for a while; it’s not something that gloves or wristbands can adequately deal with.

Pinball machines should be designed and set up so that the default action is to not hit the machine after a successful shot.

Something something classics games classics Bob.

The brace won’t do any harm, for sure. And you can pick on up at a pharmacy for a few dollars. Little to lose…

Avoid slapping or hitting the cabinet up at mid playfield (try and stick with nudging with the lockbar only).

… Those cabinet slaps and game-side hits really take their toll.

I recall that video where you did commentary for your own POTC qualifying game. Sounded rough

I recall that video where you did commentary for your own POTC qualifying game. Sounded rough

Yep, took over a year to fully go away O.o

Best support I have ever used.

Other makes did not have same effect.

Will be using at Pinburgh! 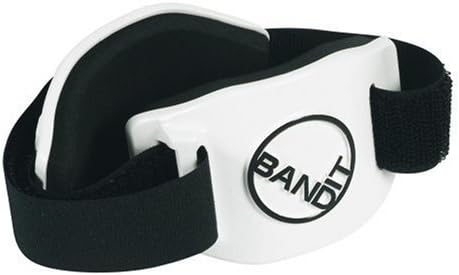 Reiterating that golfer’s elbow in pinball is definitely thing and not something you should ignore or “walk it off”. My experience was leaning on my arms AND doing nudges stressed my tendons a lot. I stopped having issues when I made sure my weight was over my legs at all times, especially when playing widebodies.

Tendinitis is a sports injury. You need to do warmups and stretches, and ice it if it flares up. A physical therapist can assess your muscles and joints and work on any imbalances, and teach you stretching and such.

I had golfers elbow, or the correct term ‘medial epicondylitis’. As I work in theatres in a hospital I had instant access to upper limb surgeons to advise. Despite this I carried on playing as normal until the pain was so bad that I couldn’t even pull a door towards me to open it. It was so bad that just pushing the flipper buttons would be enough to send excruciating pain up the whole of my arm - not surprisingly my performance in competitions was significantly under par.

By the time you are feeling a lot of pain it is generally too late for a clasp/support to reverse the damage, or stop it getting worse while playing, but it should be worn all of the time to try and ease the inflammation.

Seconding the recommendation from @Silverball - we had a local guy get golfer’s elbow, get one of these, and he was able to play through it (after a month’s break) pretty well. He might have also caught it before it fully flared up as well.

When I was experiencing similar and increasingly severe pain, to the point where I could barely even flip. I went to my doctor about it, and he said I had golfer’s elbow. I flat out told him WRONG, much to his surprise. Then I corrected him, perhaps I have pinball elbow, but I certainly don’t have golfer’s elbow since I don’t play golf!

Anyhow, the treatment I used starting then has done wonders for improvement. Kinesiology tape, and specifically the brand KT Tape Pro which is a synthetic one that can be left on for days, and slowly each day the pain got less severe then to the point where I didn’t feel it. Cotton tape did not work well as it just wouldn’t stay on for more than a few hours. One day I wasn’t wearing it, and almost immediately pain started coming back when I played a game, so I put it back on. Two months later, I wasn’t wearing it, pain did not return when I played, so I stopped using it regularly. But every so often I start to feel the pain return, I put it on for a few days, and the pain is gone again.

No need to go to the doctors, just follow the instructional videos online. E.g. https://www.youtube.com/watch?v=O9lg2YcwApU I used that taping for first month, but then found I could skip the third piece of tape, just do the two half-strips was sufficient.

As others have stated, don’t take this lightly. They can become permanent injuries, and you could find yourself unable to play rest of your life. Based on my personal experience though, this method worked amazingly well, without needing surgery or expensive doctor bills. The tape is not the cheapest, but still much less expensive than those other options.

I hate to admit it but I have pinball elbow in my left arm.

I love Dialed in and could play in a tournament at all yesterday on it.
Thanks DBS for the video. This was not a fun feeling at all yesterday. Got to continue and focus on TD duties.

I developed a nasty case of tennis elbow (outside) after a few marathon games It got so bad that i couldn’t even shake hands without cringing in pain. A few weeks ago i started wearing a support sleeve and have been limiting my pinball only to league nights. Its slowly getting better. the sleeve helped, so did lots of stretching.