A call to solidarity: how can pinball help

As the world is going into lockdown, one country after another, in a united effort to slow down the spread of corona (not to stop it, important to realize the difference), it is disheartening to see some countries pumping out WPPR tournaments in the immediate future which implies gathering of people that may be both infected (who just cant stay away from trying to get WPPRs) and people maybe infected but not knowing it yet. These tournaments and organizers apparently dont seem to care about (or really is underestimating/ignoring the goverment advice from most other countries) the common responsibility to contain the spread, and it is sad to see it when so many countries are doing all they can to slow the spreading of corona.

Also with the major tournaments in the europe and US cancelling, I feel it is necessary to at least have raised my voice and a call for IFPA to suspend all IFPA sanctioned events for at least a couple of months, until we see the factual development and when it seems common sense for all countries to accept gathering of many people, allowing the WPPR events again ona global scale. This is not an isolated issue, its global! Several sports codes around the world have done their part (sacrificing billions of Dollars in revenue) to contain the virus. The IFPA needs to do it’s part now.

Countries must of course be free to arrange tournaments without WPPRs if they want, but as IFPA is a global ranking affecting all players and countries it is a powerful force for gathering crowds of people,and in these peril times I am of the perception that it would be solidary of IFPA to as mentioned, not sanction any tournaments taking place the next couple or months or until the virus infection is under control.

Maybe I am in minority here, but I wanted to address this.

I think there may need to have an reset line for some year to year stuff. Or if there is an couple of months of shutdown then don’t count the stuff before the shutdown and start the year at the start up point.

Totally for this. Better safe than sorry. I hope this is just all us being too careful, but it’s necessary imo. But if they aren’t, I have some interesting ideas to make up for the semi monthlies I have already cancelled and for the ones I may cancel next.

Follow the recommendations in your local area. Your local leaders should be the best informed about local conditions.

No need to cancel every event that generates WPPRs. Some of those events only draw a few people and therefore have negligible additional risk.

Until we get a handle on what is even going on and where it’s headed, sounds like a prudent step that would be fair to everyone. Start the cancellation through March, at least, then reasses. Can always be modified with new information.

WPPRs aside, I plan on doing an unranked selfie league with no finals in order to give some semblance of competition without the close quarters contact.

Until we get a handle on what is even going on

What do your local guidelines say about small events? Mine don’t even suggest closing events of less than 250 attendees. Many of the pro circuit events don’t even have 250.

I have seen no data suggesting that restricting events that have in the range of 20 attendees will have any measurable effect.

Fear and emotion is why your store shelves are bare right now. Don’t make decisions without assessing the best evidence at your disposal.

Have you looked at what is happening in asia and europa? That is what is coming to north and south america, based on what most other country is fighting through, and what my initial post is based on, not fear and paranoia, it is whats happening. What the local authorities in european countries said before was what you suggest, until suddenly they realized its too late and they must step up all measures.

what is happening in asia and europa? That is what is coming to north and south america

Please cite your source for this data.

I have seen no data suggesting that restricting events that have in the range of 20 attendees will have any measurable effect.

Fear and emotion is why your store shelves are bare right now. Don’t make decisions without assessing the best evidence at your disposal.

I don’t think it’s irrational to play it extra safe. Not going out and buying two years worth of teepee, just laying low until we know more.

I don’t want to delve too far into political territory here, but if you think that the CDC and the current administration have things under control and won’t change those guidelines at a moment’s notice I think you are sorely, sorely mistaken.

The US is currently about 10-12 days behind Italy’s current numbers, and that is with our absolutely abysmal testing numbers.

Yesterday ski resorts all over the states instituted policies like only riding a lift with your party and closing all on-site restaurants/food. Today they all announced they are closing for the foreseeable future if not the remainder of the season.

Seattle’s most popular pinball bar just announced it was closing for the foreseeable future.

Texas might be a bit behind where we are, but make no mistake, we are talking about a matter of days here, not months or even weeks. 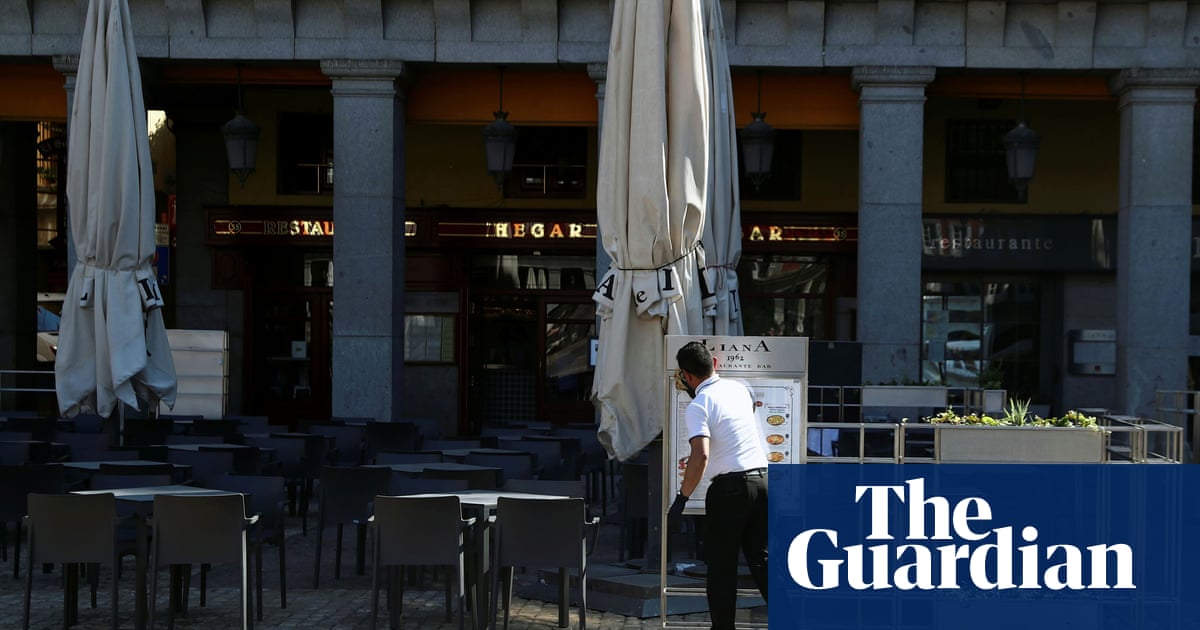 'Do not let this fire burn': WHO warns Europe over Covid-19

Europe now centre of pandemic, says WHO, as Spain prepares for state of emergency

Norway has shut down all bars, social gatherings, most restaurants, hotels are closing (i should know, i live here.
Denmark, latvia, italy ++ closing borders, enforcing quarantine.

I am playing in a tourney tomorrow that will probably have 10-12 players. I feel completely comfortable doing that with the current situation where I live, in central Alabama. I may not feel the same way in a week or two or a month, only time will tell.

The US is currently about 10-12 days behind Italy’s current numbers, and that is with our absolutely abysmal testing numbers.

Please cite your source for that data.
Even if accurate the U.S. population is five times that of Italy and has a geographic area roughly thirty times larger.

Your local officials are best equipped to provide you with information. Making an IFPA world-wide ban on events is unwarranted.

what is happening in asia and europa? That is what is coming to north and south america

Please cite your source for this data.

Much info here for example

Data to support your claim that “That is what is coming to north and south america” is what I’m asking you for.

Well, WHO has declared it a pandemic, cases are spreading seemingly in same manner as from asia and throughout europe, and personally i dont see how this will suddenly stop or slow down by itself in america. But im not here to argue how it will end, my OP is just addressing that this is a worldwide crisis, and it is said that to make sure most people get the medical help they need, its important to flatten the curve. Apparently that means isolating ourselves and make sure we dont spread it. 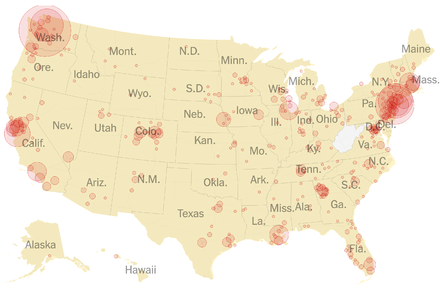 Tracking Every Coronavirus Case in the U.S.: Full Map

Maps show the extent of the coronavirus outbreak and the number of cases and deaths by state. 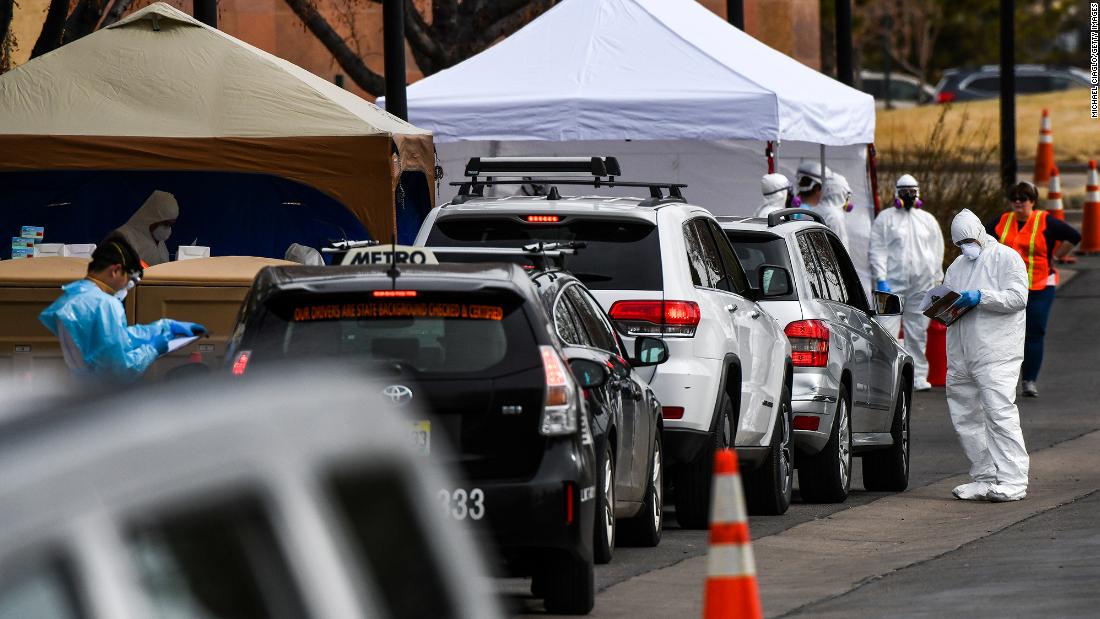 Anxiety over coronavirus testing reaches a new level as American life comes to...

As American life continued to slow to a near-halt on Friday in response to the coronavirus pandemic, officials tried to alleviate concerns surrounding testing -- or the lack thereof.

The timelines and spread speeds vary by country, but having crunched some numbers, I think Morten’s idea is the right decision to make. People may doubt it now, but I suspect in a few weeks, they’ll wonder what took so long to do the right thing. I’ll predict right here and now that IFPA will have to be postponed. (Josh, I’ll bet you dinner there in May if I’m wrong.) The “back end” of this is nowhere in sight, except maybe in China, which had to take measures far beyond what any democracy would tolerate to get there. Panic, no (at least not yet). Prudent to take extraordinary steps to mitigate, yes. I’m with you, Morten.

I felt comfortable playing in a tourney last week just being mindful to wash hands frequently, etc. I wouldn’t this week.

Here you go. All the data you need. No politics.

Coronavirus: Why You Must Act Now

Politicians and Business Leaders: What Should You Do and When?

The best graphs demonstrate that our “known” is two weeks behind “actual” because people don’t show symptoms for many days. That and our abysmal testing to date means it’s going to get VERY bad here very soon. For goodness sakes, #StayTheFuckHome.